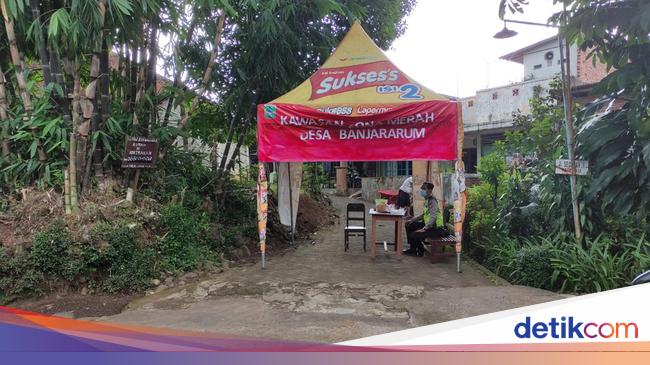 A young mother, resident of Jalan Segaran IV, Banjararum Village, Singosari District, Malang Regency, tested positive for the Omicron variant of COVID-19. The local lockdown is in effect for one week.

Head of RT2/RW10 Banjararum Village, Singosari District, Malang Regency, Herman stated, restrictions on the mobility of residents will be enforced for the next week.

This measure adheres to a top-level decision to prevent the spread of the Omicron variant of the COVID-19 virus. After one resident tested positive for Omicron.

“There has been a decision to limit the mobility of the people here. It is valid from last night until the next week. After one resident, we were declared exposed,” said Herman when met at the location, Saturday (15/1/2022).

Herman admitted that the Omicron positive patient with the initials L (30), was not a resident. However, he often comes with his son to visit his mother’s house.

“After we checked, he is not a resident here, but domiciled on Jalan Borobudur, Malang City. He often comes here because he leaves his young son with his mother,” admitted Herman.

“As far as we know, Mrs. L works. So does her husband. Therefore, the child is left when her mother and husband are working,” continued Herman.

As observed by detikcom, tents were erected at access to and from the village, and officers from the police and TNI were seen on guard. Residents can still go in and out of the village, although not strictly.

Head of the Malang District Health Office, Dr. Arbani Mukti Wibowo, added that L is known to work at a private bank in Malang. Meanwhile, her husband, allegedly causing L to be exposed to the virus, often travels out of town.

“The positive patient is known to work in a private bank. Her husband is also known to often travel out of town. Mrs. L is pregnant, it is suspected that she contracted the virus from her husband,” concluded Arbani.

NASA Explains NGC 976 Galaxy’s Terrible Explosion in the Past