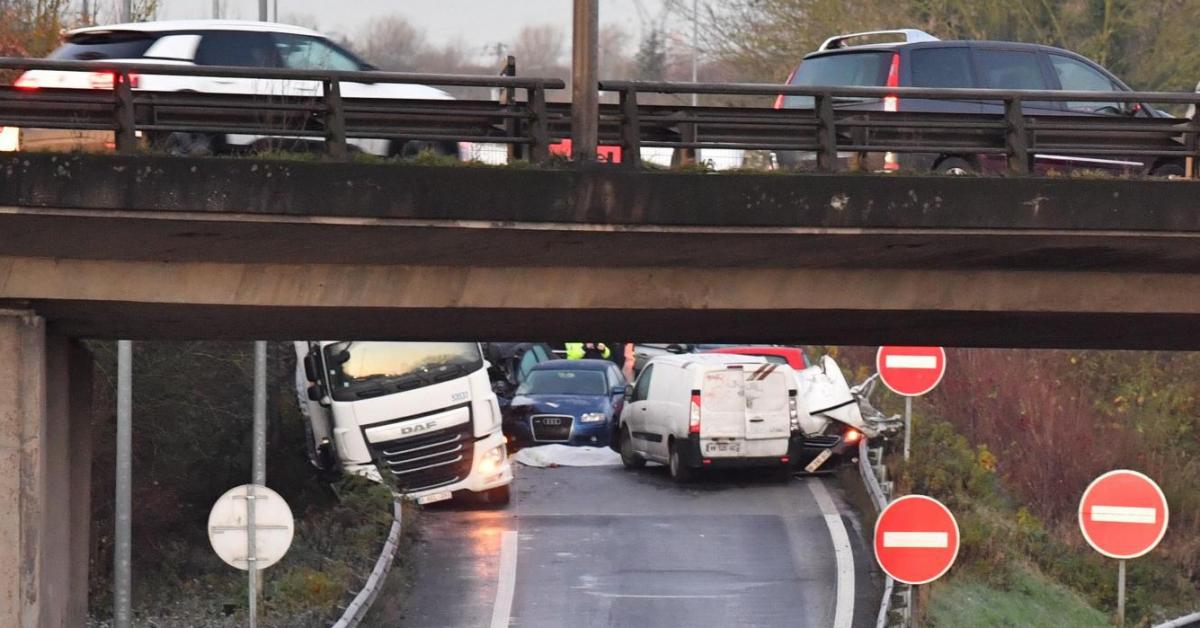 A terrible and impressive accident occurred around 6 a.m. between eleven vehicles in the north of France. The driver of a heavy truck died.

Caution is required this Tuesday morning on the RN227 giving access to the A27, near Villeneuve-d’Ascq (France) in the direction of Lille towards Tournai. As reported by La Voix du Nord, a pile-up between eleven vehicles occurred at around 6 a.m.

According to the first information from our colleagues, a truck would have skidded on a patch of ice, which would have created a pile-up behind. In total, eleven vehicles collided: three heavy goods vehicles and eight cars. Among them, a truck carrying hazardous materials, but apparently empty, lay on the road. According to the SDIS du Nord, the driver of one of the heavy goods vehicles which hit the first one died. Four other people were slightly injured, two were transported to the CHRU and two others to Saint-Vincent hospital.

Obviously, the accident has consequences on traffic. The slip road near Villeneuve-d’Ascq on the A27 motorway, which links the RN227 to Brussels, has been closed. Motorists leaving for Brussels had to fall back on the A23. And you have to be careful because it always slips on the road.

The road vigilance cell of the prefecture of the North had asked to absolutely avoid the area. Since 8:30 am, traffic on the ramp has been reestablished.

See also  Vittorio Sgarbi, the deputy is right in wanting to investigate the robes. Flour condemnation of the expulsion from the Classroom – Free Daily

Sound lines of Lithuanian tower statistics: Jonas and Domas – at the top of double doubles / News