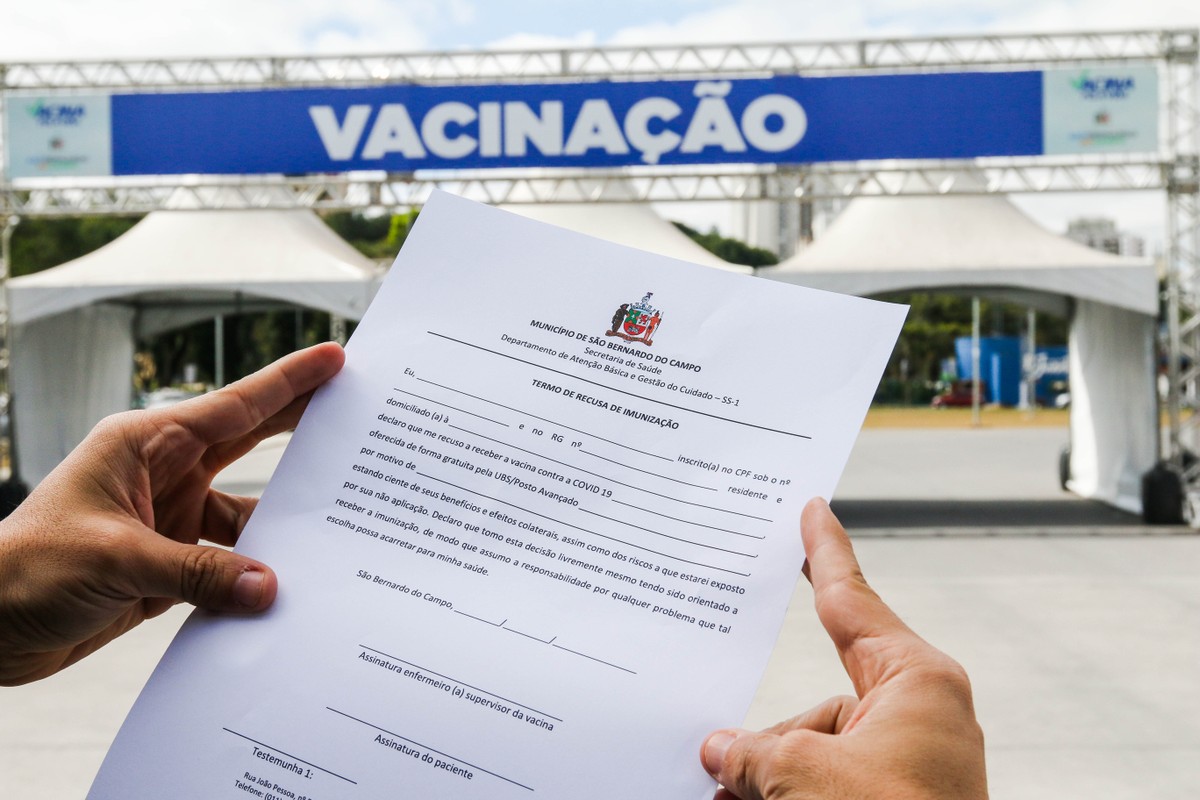 On August 14, the city of São Bernardo do Campo, in Greater São Paulo, resumed the vaccination of so-called “sommeliers of vacinas”, a group of individuals who went to the end of the Covid-19 immunization queue after refusing to receive doses from certain manufacturers.

The municipality immunized 57 people who had gone to the end of the line. 16 of them with the same vaccines previously refused. In all, 126 people signed the refusal form.

Since the resumption, according to the city, another 30 people refused to take the offered immunizing agent again. All signed the refusal term, which was filed with the patient’s medical record in the municipal health network.

“This is a way to prove that the municipality offered the dose and that the citizen rejected the application. At the same time, it makes people reflect, at the time of application, if they really want to stop taking the vaccine and disrupt the vaccination schedule for others”, informed Mayor Orlando Morando (PSDB).

The project that puts “sommeliers” at the end of the line was approved on August 4th by the municipality’s City Council.

VIDEOS: Everything about São Paulo and the metropolitan region