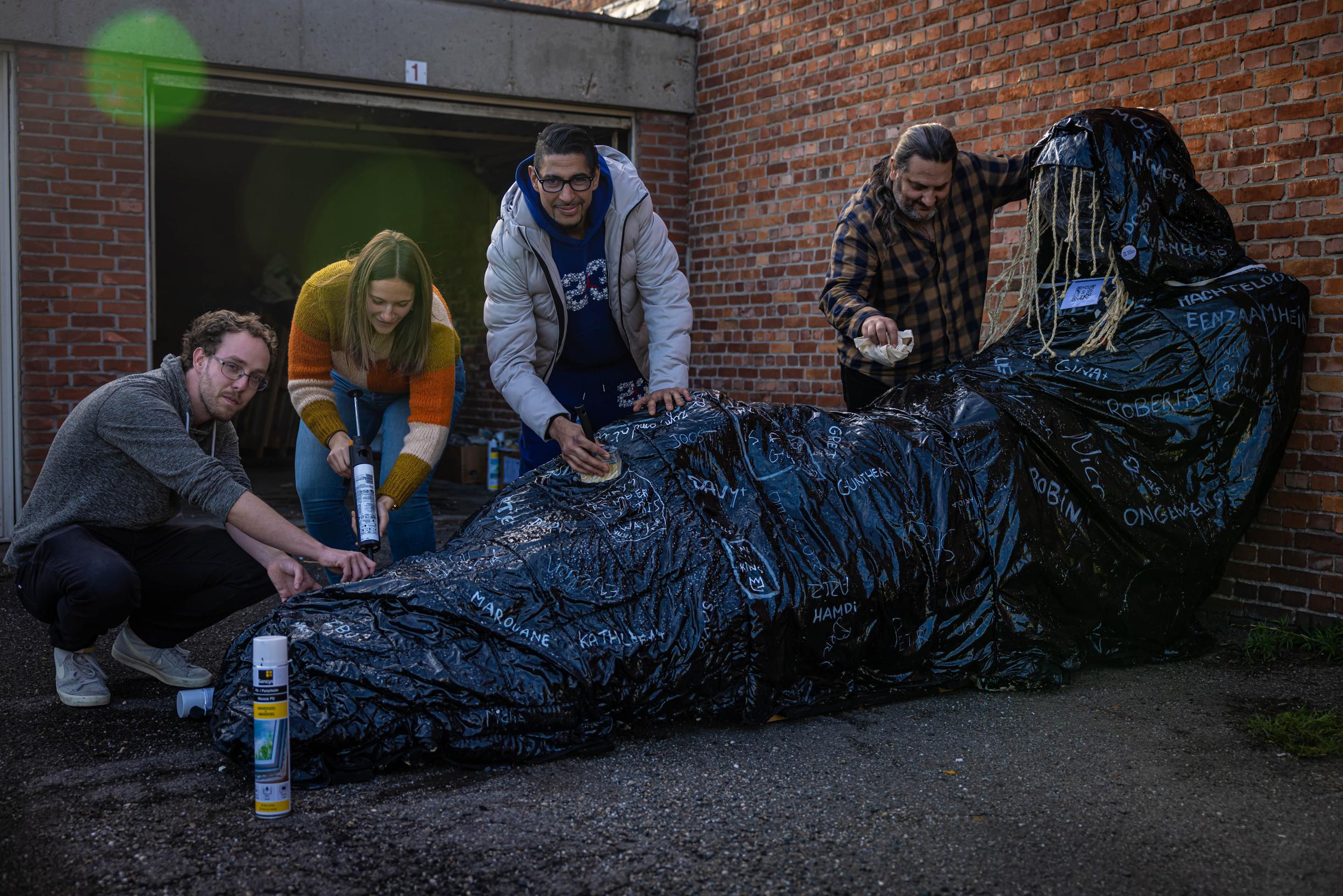 “Every week, a homeless person has been added here since the beginning of the energy crisis,” says social worker Salvatore of Café Anonymous. On December 1, they took to the streets with a giant made of garbage to make people aware of these facts. And during the hottest week they lit 172 candles, the number of homeless people in Hasselt.