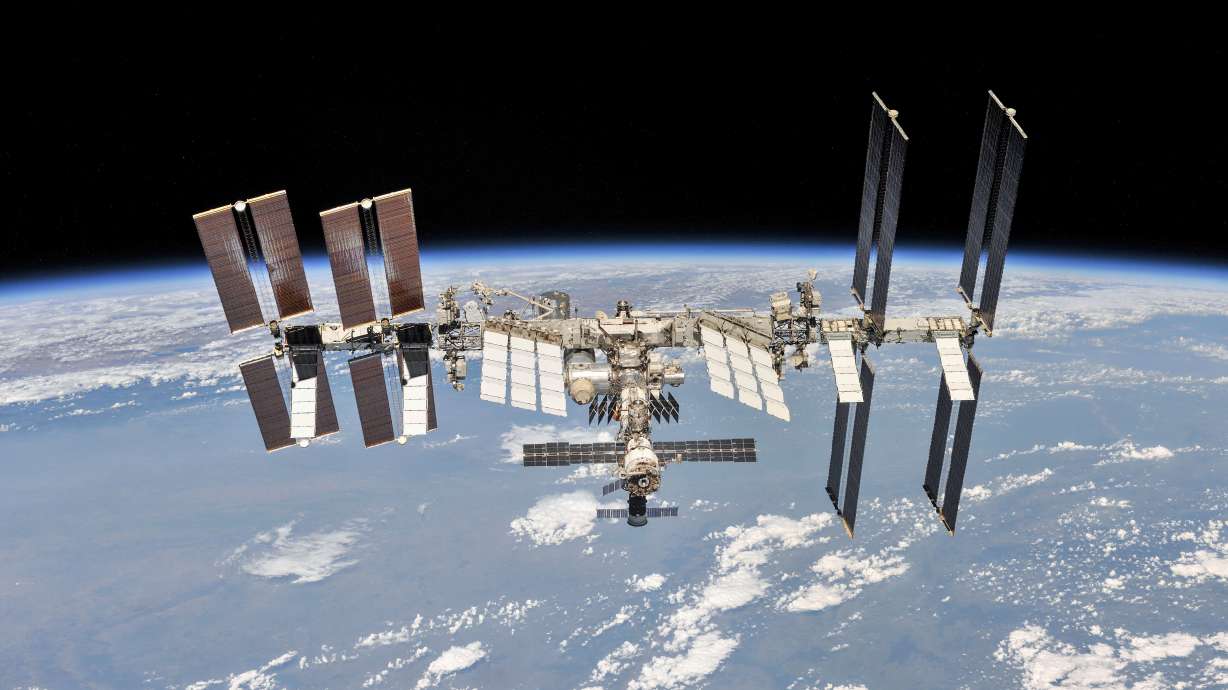 The International Space Station photographed by Expedition 56 crew members from a Soyuz spacecraft after undocking, October 4, 2018. (NASA/Roscosmos via Reuters)

HOUSTON — The International Space Station is set to become busier than usual this week when its crew welcomes aboard four new colleagues from Houston-based startup Axiom Space, the first all-private astronaut team ever flown to the orbiting outpost.

The launch is being hailed by the company, NASA and other industry players as a turning point in the latest expansion of commercial space ventures collectively referred to by insiders as the low-Earth orbit economy, or “LEO economy” for short.

Weather permitting, Axiom’s four-man team will lift off on Friday at the earliest from NASA’s Kennedy Space Center in Florida, riding atop a Falcon 9 rocket furnished and flown by Elon Musk’s commercial space launch venture SpaceX.

The launch was initially scheduled for Wednesday. An Axiom spokesperson said on Monday the delay would give SpaceX more time to complete pre-launch processing work.

If all goes smoothly, the quartet led by retired NASA astronaut Michael Lopez-Alegria would arrive at the space station about 28 hours later as their SpaceX-supplied Crew Dragon capsule docks at ISS some 250 miles (400 km) above Earth.

Lopez-Alegria, 63, is the Spanish-born mission commander and Axiom’s vice president of business development. He is set to be joined by Larry Connor, a real estate and technology entrepreneur and aerobatics aviator from Ohio designated as the mission pilot. Connor is in his 70s but the company did not provide his precise age.

Rounding out the Ax-1 team are investor-philanthropist and former Israeli fighter pilot Eytan Stibbe, 64, and Canadian businessman and philanthropist Mark Pathy, 52, both serving as mission specialists. Stibbe is set to become the second Israeli in space, after Ilan Ramon, who perished with six NASA crewmates in the 2003 space shuttle Columbia disaster.

The Ax-1 crew may appear to have a lot in common with many of the wealthy passengers taking suborbital rides lately aboard the Blue Origin and Virgin Galactic services offered by billionaires Jeff Bezos and Richard Branson, respectively. But Axiom executives said their mission is more substantive.

“We are not space tourists,” Lopez-Alegria said during a recent news briefing, adding that the Axiom team has undergone extensive astronaut training with both NASA and SpaceX and will be performing meaningful biomedical research.

“It is the beginning of many beginnings for commercializing low-Earth orbit,” Axiom’s co-founder and executive chairman, Kam Ghaffarian, told Reuters in an interview. “We’re like in the early days of the internet, and we haven’t even imagined all the possibilities, all the capabilities, that we’re going to be providing in space.”

The so-called Ax-1 team will be carrying equipment and supplies for 26 science and technology experiments to be conducted before they are slated to leave orbit and return to Earth 10 days after launch. These include research on brain health, cardiac stem cells, cancer and aging as well as a technology demonstration to produce optics using the surface tension of fluids in microgravity, company executives said.

Launched to orbit in 1998, ISS has been continuously occupied since 2000 under a U.S.-Russian-led partnership including Canada, Japan and 11 European countries.

While the space station has hosted visits by civilian visitors from time to time, the Ax-1 mission will mark the first all-commercial team of astronauts to use ISS for its intended purpose as an orbiting laboratory.

They will be sharing the weightless workspace alongside seven regular crew members of the ISS — three U.S. astronauts, a German astronaut and three Russian cosmonauts.

Axiom said it has contracted with SpaceX to fly three more missions to orbit over the next two years. NASA selected Axiom in 2020 to design and develop a new commercial wing to the space station, which currently spans the approximate size of a football field. Flight hardware for the first Axiom module is currently undergoing fabrication, the company said.

Plans call for eventually detaching the Axiom modules from the rest of the outpost when ISS is ready for retirement, around 2030, leaving the smaller Axiom station in orbit as a commercial-only platform, Ghaffarian said.

Other private operators are expected to place their own stations in orbit once ISS is decommissioned.

As Kathy Lueders, associate NASA administrator for space operations, described Axiom’s role on a recent teleconference with reporters, “This is going to be an important partnership going forward.”

the future Walloon construction sites threatened… because of the rise in the price of asphalt!