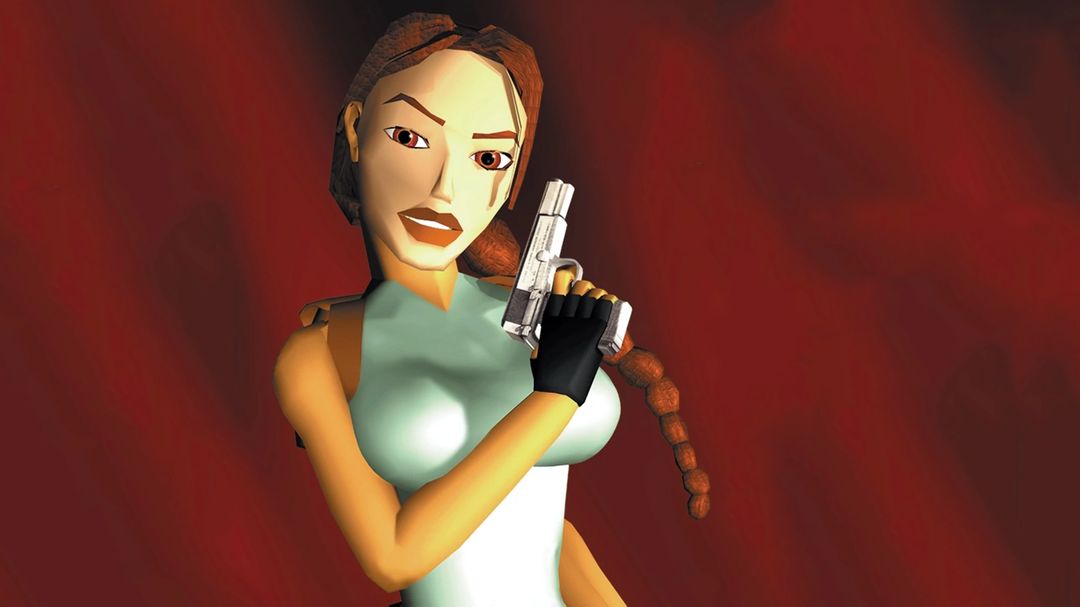 In 1996, the very first PlayStation was just simmering in the homes of many gamers. People were therefore massively looking for new virtual experiences to lose themselves in. In that regard, the release of Tomb Raider came at a good time. The undersigned got a taste of the game for the first time through a demo-sk that came bundled with a PlayStation magazine (those good old days!).

The demo consisted of an entire level from the game, City of Vilcabamba, which contained all kinds of different elements that made the final game so great: adventurous, open levels filled with puzzles that require you to crack your brain every now and then, enemies in the form of wild animals, atmospheric music that was used sparingly but effectively and of course the acrobatic Lara Croft herself, who, despite her pixelated appearance, immediately captured the imagination. It was enough to convince millions of gamers.

Tomb Raider was developed from 1994 and appeared in 1996 – on October 25 to be precise on the Sega Saturn, and a month later also on PlayStation and PC. The concept of the game – and its heroine – was conceived by Toby Gard of the now defunct Core Design, and the title was eventually published by Eidos Interactive. Although 3D games had been around for a long time in 1996 and became more and more mainstream thanks to the release of the Nintendo 64, the technology was still relatively in its infancy. Tomb Raider was therefore one of the first games to showcase what was possible in three dimensions.

Logically, if you were to start up the original Tomb Raider now, you would not only have to get used to the outdated graphics, but also to the stiff controls. Despite Mrs. Croft’s appearance, gamers often joked that she let herself be controlled like a cow. Still, the appearance of the fictional British archaeologist, who appeared to be based in part on adventurer Indiana Jones, was enough to make Lara Croft a global icon.

Not only the successful first part ensured this – the game sold 7 million copies and received various awards – but also the many sequels. Core Design worked like an express train and developed as many sequels in the following four years. Tomb Raider 2, Tomb Raider 3, The Last Revelation and Tomb Raider Chronicles improved the concept in many ways and Lara Croft flew around the virtual world to visit all kinds of locations, from tombs to exotic cities.

In addition, the appearance of Lara made the Tomb Raider games an irresistible attraction for millions of gaming teenagers. It’s not for nothing that game magazines – including those of sister site Power Unlimited – quickly fed up with rumors about cheats to make Lara run naked across the screen, something that later became possible with mods on PC. Core Design itself helped this, of course, by making Croft’s bosom more and more firm with each part.

This does not detract from the importance of Lara Croft’s popularity for the representation of women in games. Before the arrival of Tomb Raider, gamers mostly controlled male characters. Lara proved that it could be just as cool to go on an adventure with a virtual female character.

The transition to a new generation of consoles did the Tomb Raider franchise no good. Logically, Core Design had a hard time delivering so many new games in such a short space of time, and when The Angel of Darkness came out in 2003 as the first Tomb Raider game on PlayStation 2, the quality that had made the series great was far too short. Search. Other PS2 games simply seemed to work better and Core Design was taken off the franchise by Eidos.

Meanwhile, Lara Croft’s legacy only grew thanks to an accompanying movie franchise. In 2001 Lara Croft: Tomb Raider was released, in which Angelina Jolie played the role of Lara. Jolie seemed made for the role and a sequel was released in 2003. While Tomb Raider and Lara have become increasingly well-known to both hardcore and mainstream gamers in recent years, the films also made these names known to the general public.

Crystal Dynamics took over and came up with Tomb Raider: Legend in 2006. A new generation of consoles brought more realistic graphics, Lara’s backstory was tweaked here and there, and the focus returned to the adventurous locations that had helped the franchise grow. The following year, Tomb Raider Anniversary, a remake of the first game, was released to celebrate its tenth anniversary, and in 2008 Tomb Raider Underworld concluded the new trilogy. The game followed events from Legend.

Apart from some spin-offs, we only heard from our beloved adventurer again in 2013. Crystal Dynamics and Eidos, now acquired by Japan’s Square Enix, decided to give the series a full reboot, preparing the franchise for a modern audience. The result was simply ‘Tomb Raider’. Ironically, the game borrowed heavily from the Uncharted series, an adventure series by Naughty Dog that took a lot of inspiration from the old Tomb Raider games.

Although Tomb Raider doesn’t win the originality award as a result, the game is a crazy rollercoaster ride full of cinematic moments and adventurous locations. During the game, a still young and relatively inexperienced Lara Croft learns the tricks of the trade on a mysterious and extremely violent island. A few years later, the sequel Rise of the Tomb Raider appeared temporarily exclusively on Xbox One, although the game later also came to PlayStation. The modern trilogy concluded with the 2018 Shadow of the Tomb Raider. Despite the disappointing sales figures according to Square Enix, the gameplay in the game was praised and is seen as a worthy conclusion to the series.

Incidentally, the game series was not the only thing that got a reboot: the film series also got a second chance with the Tomb Raider released in 2018. Alicia Vikander plays the role of Lara in it, and more or less the story from the game that appeared in 2013. A sequel has been announced for quite some time, but little is said about it.

But what does the future of Lara and Tomb Raider look like? That is very difficult to assess. It’s clear that the franchise – and Lara as a character – isn’t as woven into today’s zeitgeist as it was in the 90s and 00s. In particular, the mixed quality of the first reboot trilogy caused a slow but perceptible decline in interest among gamers. The second reboot trilogy has partly closed the holes in the ship, but Lara has not become as big as around the turn of the millennium.

Square Enix is ​​working on the mobile action game Tomb Raider Reloaded, which should be released in 2022. Also, two spin-offs – Guardian of Light and Temple of Osiris – are coming to Switch next year. While those are good games and the quality of the mobile game might surprise you, that’s not the solution to the identity crisis that the franchise is facing. Still, if we’ve learned one thing over the years, it’s that Lara Croft is an absolute comeback queen and that the character – literally and figuratively – is flexible enough to reinvent itself and become fit for modern standards. . When the time is right, we can undoubtedly meet a new Lara and rob many tombs with her again. In any case, we can’t wait!

BBVA earns € 3,311 million until September and launches one of the largest share buybacks in Europe