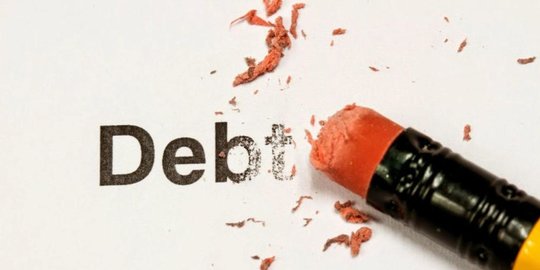 Merdeka.com – The Supreme Audit Agency (BPK) noted that the government’s debt had reached more than Rp 6,000 trillion in the 2020 Central Government Financial Report (LKPP). The chairman of the BPK, Agung Firman Sampurna admitted that he was worried about the potential decline in the government’s ability to pay debts.

This is because the increase in government debt and interest costs continues to swell to exceed GDP growth. Agung also explained that the debt vulnerability indicator in 2020 had exceeded the vulnerability limit recommended by the IMF.

“That is one, the ratio of debt relief (debt whitening or debt cancellation) to revenue of 46.77 percent, exceeding the IMF’s recommendation of 25 to 35 percent,” he said.

According to him, the ratio of debt interest payments to state revenues also reached 19.06 percent. This is considered to have exceeded the International Debt Relief (IDR) recommendation which was only 4.6 to 6.8 percent. “And the IMF recommendation is 7 to 10 percent,” he said.

Meanwhile, the debt-to-state revenue ratio, which reached 369 percent, is considered by Agung to have exceeded the recommended limit of IDR and IMF. “Exceeding the IDR recommendation of 92 to 167 percent and the IMF recommendation of 90-150 percent,” said Agung.

Here are a number of facts about government debt which reached Rp 6,000 trillion as summarized by merdeka.com.

1. Indonesia’s Debt is considered to be at a dangerous level

Director of Celios (Center of Economic and Law Studies) Bhima Yudhistira assessed that this condition had entered a dangerous level. This can be seen from the debt to service ratio (DSR) or the ability to pay government debt compared to state revenues which is already above 50 percent in 2020. This results in the Government having to pay more expensive debt interest to get new loan interest.

“Why is that? Because if we look at the trend of the debt interest expense that must be paid, when compared to tax revenues in 2021 alone, it has reached 25 percent or 19 percent of total state revenue, there are taxes and PNBP,” said Bhima to Liputan6.com.

For tax revenues, a quarter of tax revenues have been used up to pay debt interest of Rp 373 trillion per year. So that it will be a burden not only on the current year’s state budget but has become a burden on the economy in the long term.

Even the Government issued debt securities with a maturity date of 2070, meaning that for the next 50 years Indonesia will continue to pay debts to cover debts that are maturing. According to him, the biggest expenditure of the debt is not for health spending, but for bureaucratic spending such as personnel spending and goods spending.

“It’s an ineffective waste plus the Work From Bali programs carried out by the Coordinating Ministry for Tourism to encourage tourism, but the program actually goes blundering. Apart from adding to the spread of Covid-19, the debt is used for business trips at the wrong time, even though it can work. From Home,” he said. Senior Economist at the Institute for Development of Economics and Finance (INDEF) Didik J Rachbini agrees with BPK’s statement regarding government debt. Debt must be managed carefully because if not, President Jokowi has the potential to pass on a debt of IDR 10,000 trillion to the next president.

“President Jokowi’s debt inheritance to the next president could be more than IDR 10,000 trillion,” said Didik in his official statement, Jakarta.

The pile of thousands of trillions of debt comes from debt in the APBN, State-Owned Enterprises (BUMN) Financial and non-financial which has the potential to increase in the next few years. Respectively amounted to Rp6,527 trillion, Rp1,053 trillion and 1,086 trillion.

“The debt of financial SOEs is Rp. 1,053 trillion and non-financial SOEs are Rp. 1,089 trillion. So the total government debt under Jokowi is now Rp. 8,670 trillion,” said Didik.

BUMN debt is a burden on the government because it is assigned to work on large projects such as infrastructure. Infrastructure development that fails to pay or goes bankrupt will be the responsibility of the state budget.

“SOEs are also asked and burdened with the task of infrastructure development. If they fail to pay or go bankrupt, it must be borne by the state budget, so that they become part of the government’s debt,” he said. 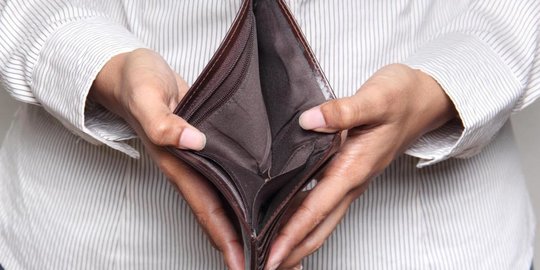 Institute for Development of Economics and Finance (Indef) economist Didik J Rachbini asked the government to be aware of the increase in debt in dealing with the Corona Virus pandemic. This is because a large increase in debt can trigger an economic crisis.

“What are the consequences if this heavy debt is left alone? The state budget will be paralyzed by the burden of this debt with very large interest payments and principal debts. The state budget can trigger an economic crisis,” said Didik in his research, Jakarta.

See also  The book market grows, in the first six months of the year + 44% of copies sold: all sales channels awarded

“If 20 years ago the 1998 crisis was triggered by the exchange rate, now it can be triggered by a heavy state budget combined with a pandemic crisis due to mishandling from the start,” he explained.

Didik said the crisis could get worse if in the short term the increase in cases could not be suppressed and the United States would raise interest rates, then Indonesia’s economic position would be very difficult.

“Debt interest rates will be pushed up, they must compete with US bonds. Meanwhile, our taxes are still low and our financing is from bonds. If we can’t pay it in the short term, confidence in the Indonesian economy will decline,” he explained.

He added that if Indonesia is still trusted, it might still be possible to do debt profiling. In addition, you can ask for a debt suspension. “But that means the flowers are piling up,” said Didik.

4. Need In -Depth Study So ​​That Indonesia Does Not Get Stuck In Debt

Member of Commission XI of the House of Representatives Faction of the Prosperous Justice Party (F-VFD) Anis Byarwati said that the Indonesian Government’s debt problem of Rp 6,000 trillion needed a deeper study of the debt-to-GDP ratio so that Indonesia would not be trapped in debt.

“We need to study more deeply, that the debt-to-GDP ratio must truly reflect real conditions. So far, the calculation has only been central government debt to GDP, while SOE debt has not been included. In other countries, SOE debt is included in the ratio calculation. that,” Anis told Liputan6.com.

According to him, the main problem of debt in Indonesia is more about how to boost state revenues compared to debts. However, what is currently happening is that debt is growing at a higher rate than state revenues and economic growth, so that Indonesia is increasingly trapped in debt. 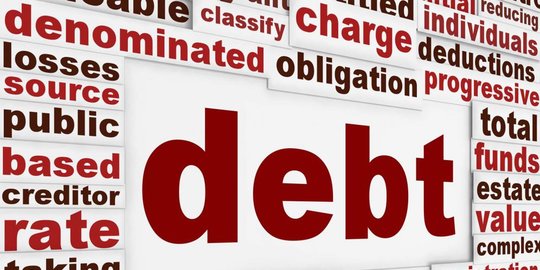 Special Staff to the Minister of Finance for Strategic Communication, Yustinus Prastowo, said the government agreed to continue to be vigilant and invite all parties to work together in supporting the management of state financing. According to him, the government is always careful in every policy, including the issue of state debt.

“The government always manages financing in a prudent, credible, and measurable manner, including in recent years when there was a global economic slowdown. The State Budget (State Revenue and Expenditure Budget) serves as a countercyclical policy instrument with financing as a tool to maintain the economy,” said Yustinus to Liputan6.com.

In line with that, the government is also increasing tax reform efforts to optimize state revenues. Yustinus said the Ministry of Finance appreciated BPK’s hard work in carrying out audits and providing WTP opinions for the 2020 Central Government Financial Report (LKPP), as well as providing recommendations for financing management.

This, according to him, shows that the government always maintains accountability and governance of state finances, even during the pandemic. The Ministry of Finance during the Covid-19 pandemic continued to emphasize that the decision taken by the government was a countercyclical policy to provide a stimulus to maintain its economy, which had implications for widening the deficit.

He explained that the International Monetary Fund (IMF) itself has provided a safe standard for debt ratios in the range of 25-30 percent per Gross Domestic Product (GDP) under normal conditions.

In the current pandemic conditions, there are almost no debt ratio countries in that range. “For example, at the end of 2020, Indonesia is 38.5 percent, the Philippines is 48.9 percent, Thailand is 50.4 percent, China is 61.7 percent, South Korea is 48.4 percent, and the United States is 131.2 percent,” said Yustinus. .

Also read:
Ministry of Finance Claims RI’s Debt is Still Safe Even though it Reaches Rp. 6,000 Trillion
DPR Mentioned The Need For In -Depth Study So ​​That RI Does Not Get Stuck In Debt
Government Asked to Beware of Rising Debt Triggers Economic Crisis
President Jokowi’s Inherited Debt Can Reach IDR 10,000 T, Here’s the Reason
RI’s Debt Reaches IDR 6,000 Trillion Assessed as Dangerous Level
The Ministry of Finance Claims that the Bid for Entry in the SUN Auction is Sufficiently Solid
Swelling Debt, BPK Worries the Government’s Ability to Pay Decreases

Read Next: 1 RI’s Debt Is Assessed In…