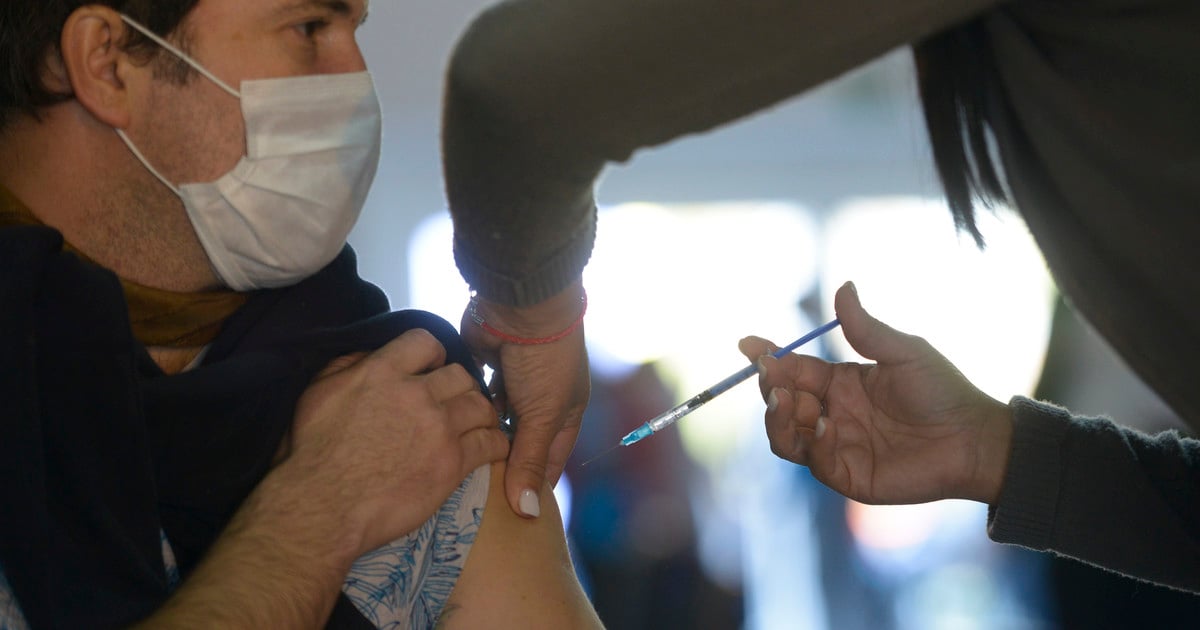 The rise and fall of infections, the arrival of spring and the potential effects of the Delta variant delimit a mosaic of scenarios where it is difficult to predict the virulence that the coronavirus will have in the coming months.

The unknown about when to apply a third dose of the Covid vaccine it is debated globally. Some countries began to apply it to the entire population, others to specific sectors, and a third group evaluates the measure.

The extra puncture for reinforcement or booster has as purpose “reactivate” the immune system when the amount of antibodies decreases. It is different from the concept of two doses (one in the case of Cansino) that until now was approved in our country by the Ministry of Health to comply with the complete scheme, proposed in the research studies by which the vaccines were originally approved at beginning of the pandemic.

But, Is the third dose really necessary? Is it proven that it would increase protection against coronavirus? Clarion consulted three experts to answer the eight key questions on this topic: Arnaldo Casiró, head of infectology at Hospital Álvarez, Carlos Di Pietrantonio, epidemiologist, master’s degree in Public Health; and Mario Lozano, virologist at Conicet.

1. Which countries are applying the third dose? To whom and in what order of priority?

Among the countries that have already approved a third booster dose are the United States, United Arab Emirates, Dominican Republic, Barhein, Turkey (a 4th dose 21 days after the third was administered to facilitate the movement of their population abroad), Russia, Israel, Chile, Colombia, Uruguay and Spain. France, Germany and the UK do too. Canada is in the process of authorization and Brazil implements it from this Wednesday.

Coronavac, the vaccine from the Chinese laboratory Sinovac that countries such as Uruguay and Chile applied and for which they had to apply a third booster dose.

There are different health strategies worldwide. Some countries decided to apply it to health personnel, to patients with immunodeficiencies or who are under treatment with immunosuppressive drugs. Others decided to do it because at first they used vaccines that did not have high levels of efficacy, such as Coronavac from the Chinese laboratory Sinovac what is the case of Uruguay and Chile. Whereas, Israel defined it in front of the high transmission of the Delta variant.

See also  A hunger story behind the coronavirus: they lost their jobs due to the pandemic and they ask for food on social networks

2. Why does WHO consider that the third dose is not necessary yet?

The WHO (World Health Organization) argues that vaccines are still needed to be used as first doses all over the world. “The current evidence does not appear to show the need for a boost in the general population, in which efficacy against serious diseases remains high”Says an article published in the scientific journal The Lancet on Monday and signed by members of the US Food and Drug Administration (FDA) and the WHO.

However, they did not rule out that a more extensive use of reinforcements will be needed in the future if there is a decreased immunity of primary vaccination or if new variants evolve that make vaccines no longer protect against the virus.

The experts consulted by Clarion agree that there are countries without access to vaccines, those that have an abundance of they should give up a part to achieve immunization of the largest possible population in the world. Di Pietrantonio distinguishes between a health reason, based on the lack of equitable access, and a geopolitical one.

3. Is there scientific support to say that we are poorly protected with two doses and we need a third?

There are studies underway and others completed evaluating the loss or not of immunity. Results may vary depending on the vaccine used (Sinovac and Sinopharm appear as more likely to require third doses and, if possible, from another platform), the population studied and the circulating variants.

The experts explain that the countries that are placing them are based on research that shows the decrease in immunity between 6 to 8 months after application (They tend to focus on higher risk populations).

For Casiró everything suggests that it is a trend that would be homogenizing throughout the planet due to the evidence of a decrease in effectiveness over time and new variants. Lozano, for his part, adds: “In the states that used vaccines with high efficiency it does not make sense to apply a third dose now. On the other hand, those who used the Sinovac vaccine (Chile, Uruguay and Brazil) a third booster becomes important ”.

And he understands that the doses that are left over in the rest of the places should be donated to the regions that could not start the vaccination campaign. “Thus, it will be possible to stop the virus and prevent new variants of concern from appearing, which later end up affecting the country where they originated and also the rest of the world,” he details.

4. So, is a third dose of all vaccines necessary or a second dose in which they are single doses?

Experts consider that, given the Delta variant, the third dose is necessary in those vaccines that have a low percentage of coverage. Casiró prefers that the scheme is heterologous. Meanwhile, Lozano states: “Those countries that delayed the application of the second dose are more protected. For example, the damage that Delta caused in Great Britain is not the same that affected Israel ”, he says and explains that the latter country did not delay any protocol and had more deaths in proportion than the first.

The Delta variant of Covid-19 caused some countries to reinforce their vaccination schedule with a third dose of the vaccine. AP Photo

On the other hand, they agree that platform combination It is the best strategy to follow because, according to studies, it will allow to enhance the action of vaccines (messenger mRNA as a third dose of another platform, such as adenovirus)

5. Why in Argentina is it decided to prioritize complete vaccination for the entire population and not reinforce with a third dose the priority groups or those who have been vaccinated for many months?

On August 24, Health Minister Carla Vizzotti assessed that the third dose, at the local level, would become an option “In the event that it is necessary and when we have the evidence, for very specific populations, advocating that other countries receive the vaccines to which they have not yet had access.”

In the Province of Buenos Aires, the Ministry of Health opened a call for volunteers for a study with the aim of evaluating third doses in immunosuppressed patients, with the hypothesis that the incorporation of a booster dose could improve the immune response in people with immune compromise.

The specialists consulted agree on the strategy. Although Casiró raises another scenario if the circulation of the Delta were to spread. In his opinion, in such a case it would be necessary to reinforce the immunization of health personnel and risk groups that have been inoculated for more than 6 months.

Di Pietrantonio insists on the need to complete risk group schemes, including in the range of priorities the minors with comorbidities, before analyzing the convenience or not of a third dose.

6. What happens to health personnel and people who are about to turn one year from the first dose?

For Di Pietrantonio, by virtue of the exposure that doctors have due to the field in which they work, the ideal would be study cellular immunity (lymphocytes byt) of this population, both to test and to act accordingly.

Health Minister Carla Vizzotti said that the third dose could be given “if necessary” and “for very specific populations.” Photo German García Adrasti

7. Could booster doses also be risky if they are given too early or too often?

Experience is insufficient and studies are lacking. Some expose the “interdose” spaces between vaccines and boosters to achieve maximum action at the right time. Certain countries apply it 60 days later and others after 6 months.

According to Di Pietrantonio, there would be no risks in those people where the first doses that completed the scheme did not present adverse reactions. And it raises that the opportune moment to administer it is near the “limit” so that previous acquired immunity does not go away, because it facilitates the action of the immune system. “I infer that administering it very early could produce some unwanted adverse effects,” he points out.

8. Could Covid have a seasonal behavior like the flu?

For Casiró, most likely you will need to be vaccinated every certain number of months / years. And Di Pietrantonio adds that in each vaccine the necessary changes will have to be made so that the mutations suffered by the virus can be considered.