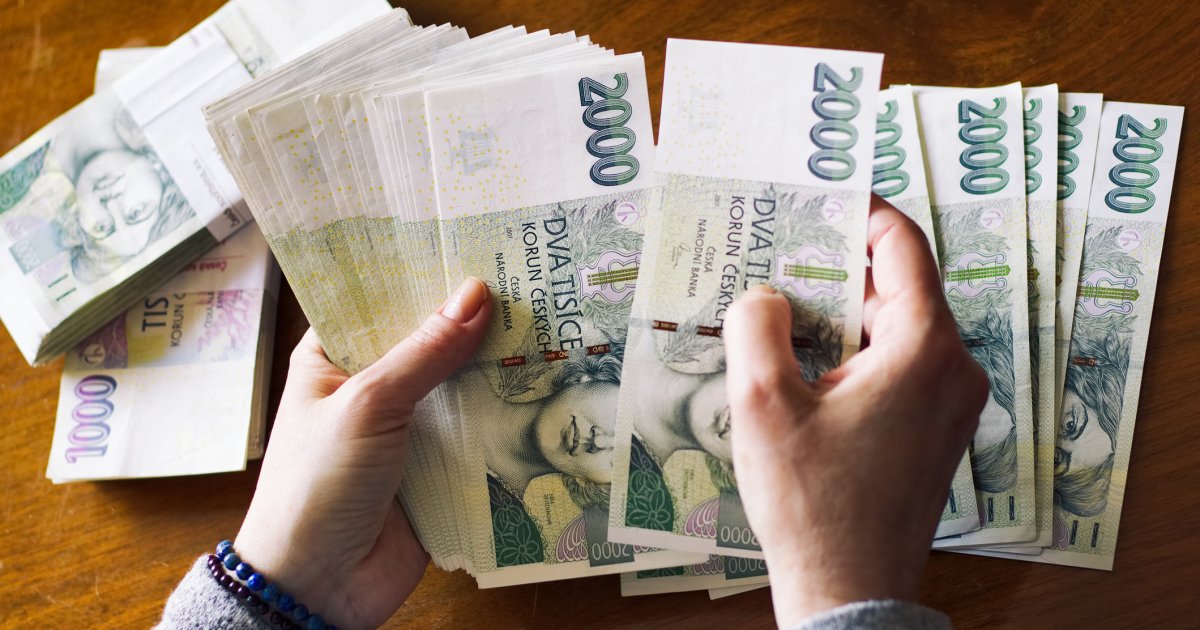 Interest in mortgages is cold among the Czechs, because they simply do not have them. And it will get worse.

Between December 2021 and January 2022, mortgages in the Czech Republic became more expensive on average in the last almost twenty years. This is the most rapid month-on-month increase in the average mortgage rate since 2003, when the Fincentrum Hypoindex time series has existed. However, it must be said that the January average mortgage rate in the Czech Republic, 3.43 percent, increased by 44 basis points compared to December, is now a thing of the past.

The January figure includes mortgages negotiated, for example, in December, ie more than two months ago. Since then, however, there has been a further significant increase in the CNB’s key interest rate, so those who take out a mortgage today have to reckon with rates averaging around 4.5 to five percent. The reason is, as usual, inflation.

The Czech National Bank must respond to this. And along with the rise in the CNB’s key interest rate, other, market interest rates are rising, making the resources with which they cover their mortgages more expensive for banks. In addition, the rise in interest rates on such Czech government bonds, for example, makes the use of money available to banks more attractive than the provision of a mortgage. They are thus willing to provide mortgages only at a significantly increased interest rate.

Thus, the rapid rise in mortgage prices stems from the rapid rise in prices throughout the economy. In the end, the “ten” did not fall narrowly this week, but even so, the Czechia has inflation that no one under the age of forty remembers from their adult lives. Statisticians calculated the values ​​of 9.9 percent in January. It would be enough to mix the consumer basket of the inflation calculation a little differently, and we would have double-digit inflation. This is how we will wait until next month for statistics to publish February inflation. It seems to surpass the January one, so it will be in double digits.

Economist David Marek: We will all be poor. Real estate doesn’t have to protect us either

January’s record inflation may not be the highest figure this year, says Deloitte chief economist David Marek. The development of energy prices will be decisive. In order for people to protect their money and not “eat” it, inflation must invest it, says the economist. However, this carries a risk. According to him, even real estate investments may no longer be advantageous.

The key reason for the January rise in inflation to the highest level since the summer of 1998 is the changes in price lists, which entrepreneurs, companies and other institutions resorted to at the beginning of the new year. At the same time, at the end of last year, the energy exemption from VAT ended, which reduced the annual inflation rate by one percentage point in November and December. The Czechia is thus partly experiencing what Poland expects in August, when the current reduction or even the cancellation of the VAT rate on fuel or food will end there. For some 120 billion crowns, the government in Warsaw is only postponing the full inflationary impact of the Poles in time. However, they will not escape him. Not like us.

The unprecedented acceleration in Czech inflation in January was also due to a significant year-on-year rise in fuel prices, due to rising world oil prices and rising housing prices. It is reflected in it last year’s rise in building material prices and a surprisingly strong rise in real estate priceswhich occurred during the pandemic, contrary to the vast majority of expectations.

Land prices break records. Even those further away from cities are becoming more expensive for speculators

The rise in real estate prices in the Czech Republic did not stop even in the last quarter of last year. The highest price growth affected land, which rose by 23.2 percent year on year. The outdated zoning plans of the cities, which feed speculative purchases of land far from them, are to blame. This follows from the HB Index compiled by Hypoteční banka.

Housing prices, together with appreciable earnings growth, which is the result of a long-term labor market situation, where there are simply “no people”, are key sources of rapid core inflation. That is, the adjusted for fluctuating items such as energy or food prices.

Rapid core inflation is the main reason why the Czech National Bank has tightened its monetary policy in recent months, practically the most aggressively in the economically developed world. In a way, core inflation has a higher “informative value” than general inflation, as it is being adjusted for fluctuating items. Its growth is therefore also, in a way, more serious. In recent months, core inflation has accelerated so dramatically that the chart is almost a candle. Consider that for many years, from 2007 until the pandemic in the first half of 2020, core inflation fluctuated more or less around one percent. It has now risen tenfold – core inflation was 9.7 percent in January.

Core inflation at ten times the current level is an “alarm” for the Czech National Bank. The CNB is changing its rhetoric precisely because of such rapid core inflation. CNB Governor Jiří Rusnok said yesterday that the current sharp rise in the key interest rate did not necessarily represent a level of five percent. At the same time, he said in January that he could hardly imagine exceeding the 5% level.

Mortgage rates have never risen faster, and the housing market is already cooling

According to Fincentrum Hypoindex, the average mortgage rate rose to a new record high of almost half a percentage point in January to 3.43 percent per year. The acceleration of interest growth was also reflected in the volume of mortgages provided. The mortgage market is cooling, and it will continue to do so more significantly in the coming months, said Jiří Sýkora, mortgage analyst at Fincentrum & Swiss Life Select.

The Czechs no longer have mortgages

However, the cycle of tightening the CNB’s monetary policy seems to be culminating slowly but surely. At the moment, international currency traders are most likely to raise the CNB’s key interest rate by only 0.25 percentage point this year, to 4.75 percent. He also means that in the course of a year and a half, the basic interest rate will be lower than today. The base interest rate should culminate this spring, although the question remains how long the CNB base rate will remain at its many-year high. That is, how long will the imaginary “table mountain” be. The descent from it will not be fast. Inflation is expected to reach 8.7 percent for the whole of this year.

However, the dream of owner-occupied housing has already faded to many Czechs. In January, banks and building societies provided mortgages worth 32.6 billion crowns, a quarter less than in December. This is a more significant January decline than usual. The number of mortgages provided is also falling. Banks and building societies “reported” 10,000 of them in January, at least in almost a year and a half.

Interest in mortgages is cold among the Czechs, because they simply do not have them. Today, the monthly payment on a regular mortgage is even five thousand crowns higher than if they had taken out a mortgage on the same, also a regular property, a year ago at this time.

Mortgages with longer fixation are paradoxically the cheapest

Interest rates continue to rise, but interest in mortgage loans has not waned yet.

Some Czechs have said to themselves that they will wait for the wave of mortgage prices to rise and when their price will fall again. However, the minutes of the last meeting of the CNB Board published a few days ago, at the beginning of February, suggest that a complete exaggeration of the wave of expensive mortgages may occur later than previously thought. That even after the aforementioned “table mountain” plus or minus the CNB’s 5% base interest rate, we will go longer than previously thought. Part of the CNB’s Bank Board believes that strong inflationary pressures will persist for longer.

The later the CNB starts the cycle of lowering the base rate, ie the “descent from the table mountain”, and the higher this rate rises during it, the higher the average mortgage rate will be. While in January this year it was generally thought that mortgages would probably become more expensive in the range of 5.5 to six percent this year, there are now estimates that it could be up to seven percent. Mortgages would thus be more expensive even than in 2008 than the effects of the global financial crisis were felt in the Czech Republic.

Mortgages may already be the most expensive since the turn of the millennium, and in addition, the chances of a rapid start to their reduction after reaching the price maximum are decreasing. The interest in mortgages among the Czechs will continue to fade this year. The fact that the CNB will legally tighten the conditions for providing mortgages to banks from April, which will further reduce their availability, will also contribute to its wilting.

This country is definitely not for those interested in owning a home right now.

LIVE | Reproduction number back below 1, number of positive tests drops 20 percent in a week – Tubantia