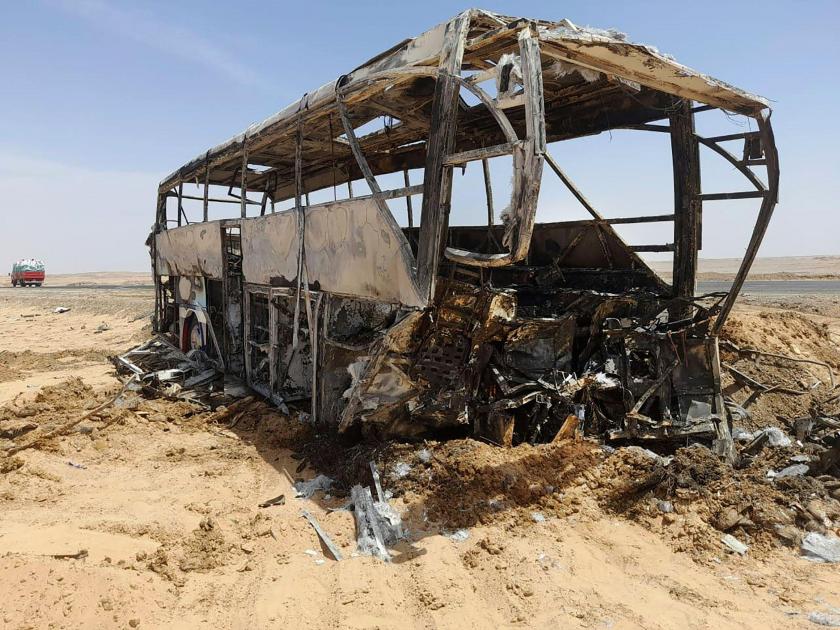 Five Egyptians, four French and a 74-year-old Belgian tourist from Woluwe-Saint-Lambert were killed on Wednesday in a bus accident in Aswan, in the tourist south of Egypt.

According to the governorate of this region of Egypt, 14 other tourists were injured (8 French and 6 Belgians), all of whom are in stable condition after being hospitalized for fractures, bruises and superficial injuries.

“The two Egyptian passengers in the pick-up were killed,” said the prosecutor’s office, which opened an investigation “to determine the exact circumstances of the accident and determine those responsible.” The three other Egyptians killed are the driver of the bus, his co-pilot and the tourist guide who supervised the group of Belgians and French people who went on this very famous excursion.

The info was confirmed by our Foreign Affairs yesterday afternoon. The accident took place early in the morning when the bus crashed into a pick-up truck on the almost 300 km long desert road leading to the temples of Abu Simbel.

“Our team from the embassy in Cairo and the consular services in Brussels are in contact with the tour operator to provide assistance to the victims,” explained a spokesman for Foreign Affairs. While the minister in charge of this department, Sophie Wilmès (MR), tweeted that “a tragic coach accident has occurred in Egypt. A Belgian unfortunately lost her life, several others were injured. Our teams are mobilized to provide assistance. Our hearts go out to the victims, their families and loved ones in these trying times.”

Tour operators are familiar with this excursion, which starts very early in the morning to avoid the high heat of the middle of the day and, with a little luck, to arrive at the site of the temples at sunrise, a panorama of breathtaking beauty can be read on the sites that boast this excursion.

Traffic accidents are common in Egypt where the roads are often poorly maintained and the rules of the road not respected. Officially, 7,000 people lost their lives in 2020 in road accidents in this most populous country in the Arab world, with its 103 million inhabitants.

This is not the first time that our country has been bereaved by such a tragedy. In October 2008, six Belgians, who went to see the famous temples, were killed after their bus left the road and rolled over several times. We can no longer count the number of accidents that have cost the lives of tourists on Egyptian roads.

However, observers agree that the authorities have, in recent years, worked hard to improve the road infrastructure and try to get rid of this sad reputation.

The temples of Abu Simbel, more than 3,000 years old, moved from their original site to avoid being submerged by the rising waters of the Nile with the construction of the Aswan dam (1960s-70s), are one of the major tourist spots in Egypt. Carved into the rock on a hill overlooking the Nile, they are dedicated to Osiris and Isis and were built by the famous pharaoh Ramses II who reigned over Egypt between 1279 and 1213 BC.

If the site has long been teeming with tourists, it is now much less frequented. After years of political instability in the wake of the 2011 popular uprising, which dealt a severe blow to the key tourism sector, Egypt barely managed to bring visitors back in 2019. But in 2020, with the Covid-19 pandemic, revenue from tourism, which employs two million Egyptians and generates more than 10% of GDP, plunged from 11.9 to 3.6 billion euros.

The French and the Belgians, on the other hand, are the first contingents of visitors to the pharaonic sites of Luxor and Aswan.

See also  Couple ends up in hospital with corona, animals are left behind neglected