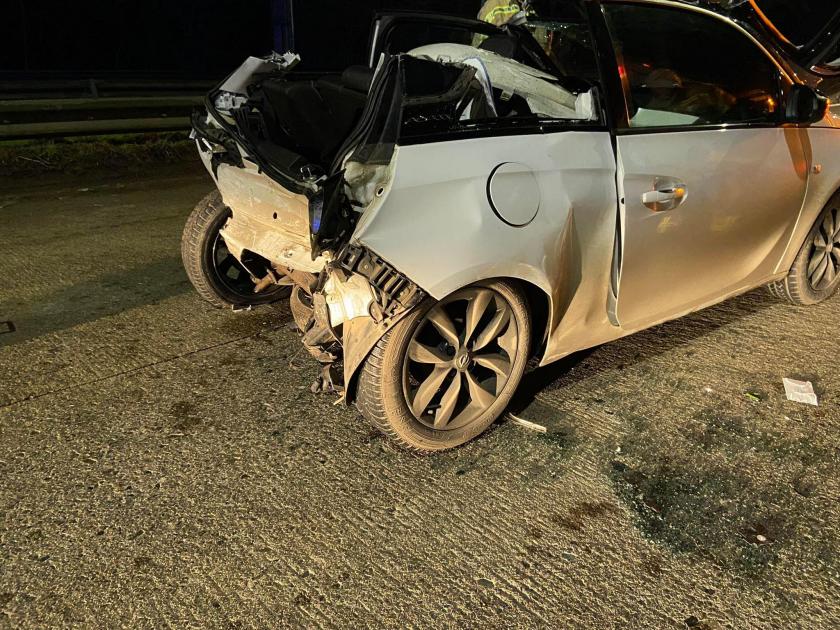 A collision between two vehicles occurred on the N5 near Jamagne this Saturday, January 1. Four people were taken to hospital. Traffic was at a standstill for almost an hour.

This Saturday, January 1, a serious accident occurred on the Nationale 5, near Philippeville. In particular in Jamagne, in the hollow before arriving at Yves-Gomezée (Walcourt). Shortly after 7 p.m., as the vehicles followed each other on the N5, the driver of a black car collided with a white Opel for a reason still unknown.

The black car then ended up on an embankment, while the Opel’s race ended a few hundred yards further down the middle of the road. In the white Opel, the passengers had to be extricated. In total, there were three of them in this vehicle, the condition of the rear of which left no doubt about the violence of the crash.

Four ambulances took care of the victims, whose precise condition is not known. Two SMURs were also called. The traffic police went to the scene to carry out the usual reports, while firefighters from the Dinaphi area were present in large numbers to secure the road and extricate the victims.

The Nationale 5 was closed for almost an hour to traffic coming from Couvin to Charleroi. At 8:03 p.m., the last ambulance left the scene with the SMUR and traffic was able to resume on the left lane.

On social networks, a witness to the accident explains that he intervened with another motorist to give first aid. According to this testimony, the driver of the black car did not suffer serious damage.

On the other hand, the condition of the driver and one of the passengers of the white Opel was more worrying. The passenger in the back apparently suffered from a slight wound to the head after hitting the left rear window. The driver, in particular, was unconscious when the two motorists-rescuers intervened. She was still breathing but still did not react when the ambulance and the SMUR arrived on the scene. However, we can already congratulate the behavior of these two motorists, who perhaps saved a life by their intervention.

According to the witness, the driver of the black car was not responsible for the accident. He wasn’t driving too fast, but he couldn’t have avoided the white Opel. It would indeed have made a much too abrupt U-turn on the National.

Due to icing, driving is difficult in many places in Latvia – DELFI.lv.