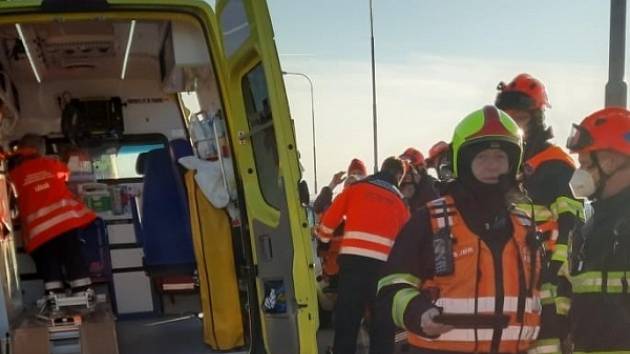 The cars collided due to a slippery road on the road overpass in the direction from the Husovice tunnel to Svitavy gradually around half past nine in the morning.

The section was closed to drivers until one in the afternoon.

PES barks and bites. People go on New Year’s Eve to demonstrate in the streets of Brno

All components of the integrated rescue system went to the scene of the accident. “Moderate injuries were suffered by a middle-aged man who was the driver of one of the crashing cars. We also treated an elderly man with minor injuries. We transferred both of them to surgeries in Brno hospitals, “said rescue spokeswoman Hedvika Kropáčková.

Due to the slippery, strongly frozen road on the bridge, a car crashing out of the Pisárecký tunnel towards the Hlinka tunnel also crashed shortly after ten o’clock. It hit the concrete barriers.

Putin: A difficult year has passed, the Russians have passed it with dignity