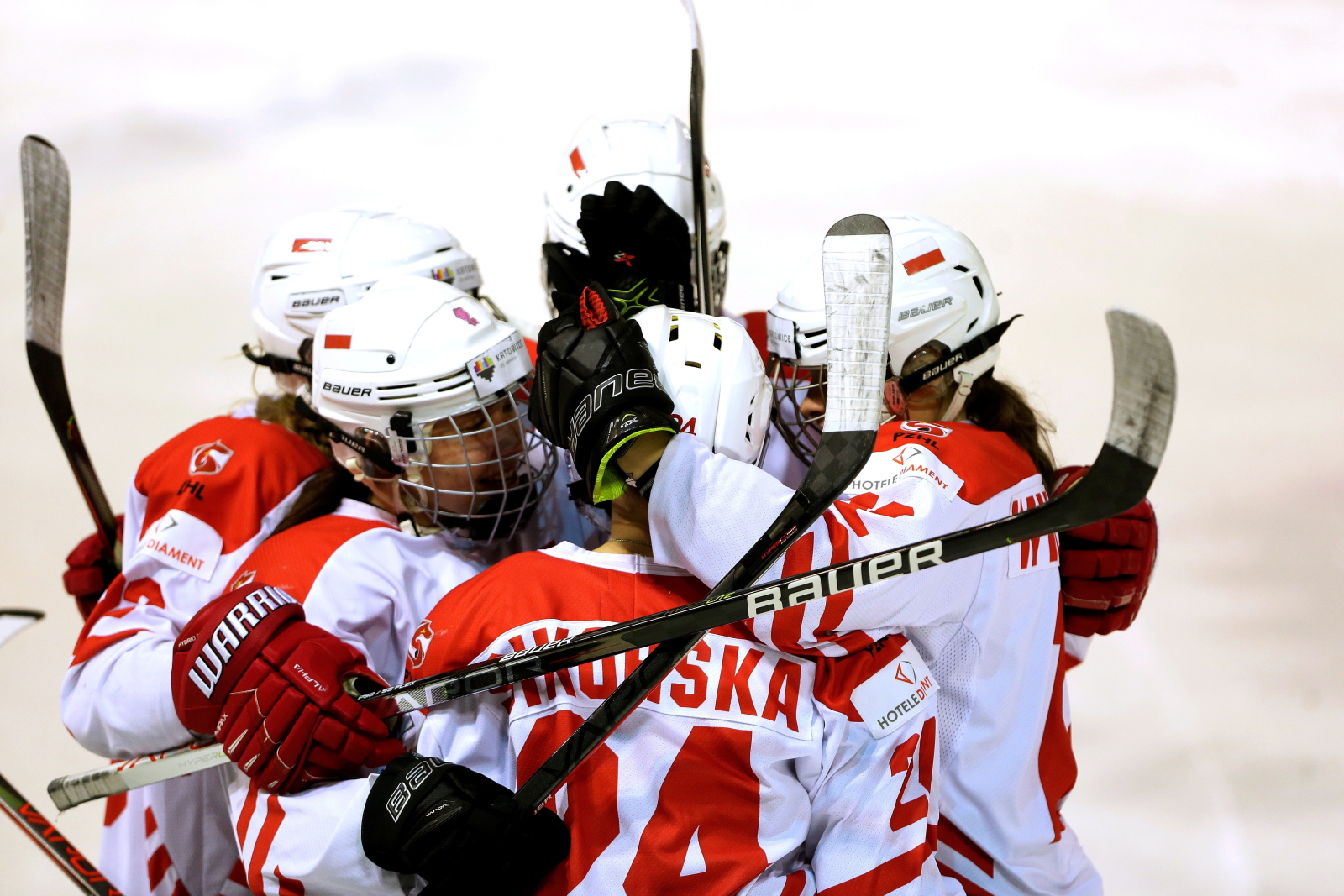 The Polish women’s hockey team has taken another step towards promotion to the back of the world’s elite. On Monday, Biało-Czerwony achieved their third victory at the Jantor ice rink in Katowice, defeating the Korean players 2: 1 after an exciting battle.


PAP / Zbigniew Meissner / In the photo: Polish women are enjoying the goal

The meeting of the Polish and South Korean teams was going to be interesting, because in the past Asian players caused great difficulties for our hockey players. In Katowice, the favorites seemed to be Biało-Czerwony, which was the result of the weaker attitude of the Koreans in the two previous rounds. Meanwhile, on Monday, there was no shortage of emotions, and the Home team trembled for the victory until the last seconds.

It started brilliantly. Wiktoria Sikorska received a very good pass and defeated Hyoseo Cheon in the second minute. Polish women wanted to increase the lead, but it was the rivals who made them even. In the 10th minute, the Koreans performed a great action, and Jongah Park showed off with a nice strike. The first period ended in a 1-1 draw.

In the second installment, the Poles attacked, but they were not able to score for a long time. The rivals came with the help of Biało-Czerwony. A fatal mistake in the neutral zone allowed for a two-fold action. Sylwia Łaskawska perfectly served Karolina Późniewska, who defeated the goalkeeper with a shot against the bar.

After two parts of the game it was 2: 1 for the Home team, but there were still 20 minutes to decide the match. The third period was very dramatic. Polish women kept the lead with great dedication. Martyna Sass, who was helped by the players from the field, excellently defended. In the last minutes, the Koreans played without a goalkeeper. After the puck was incorrectly stopped by the opponent, Biało-Czerwony received a penalty kick, which, however, was not used by Późniewska.

Ultimately, the Polish women won 2: 1. The joy after the final mermaid was tremendous. This is the third victory of our hockey players, which also means that until the last round they will count in the fight for victory in the entire tournament. Our team has already accumulated 9 points, the same as the favored Chinese women.

The hockey players from the Middle Kingdom showed great power on Monday, defeating the Slovenes 14: 2. However, it should be remembered that a huge strengthening for Chinese women are the naturalized Americans and Canadians, who could be seen in action during this year’s Winter Olympics in Beijing.

Promotion to the 1A division will be won by the winner of the Katowice tournament. Polish women and Chinese women have a full set of points and they will fight each other on Thursday for the victory in the entire competition. However, before the direct meeting takes place, the fourth series of games will be played on Tuesday. At. At 13:00 Chinese women will meet Kazashki, then Koreans and Slovenes will play (16:30), and finally Polish and Italian girls (20:00). Admission to all matches is free.

The results and table of the Women’s World Championship, Division 1B:

Also read:
The Charleston tournament has a new champion. Switzerland has waited a long time for this triumph
We know the champion of the tournament in Bogota. The mother of two daughters showed power