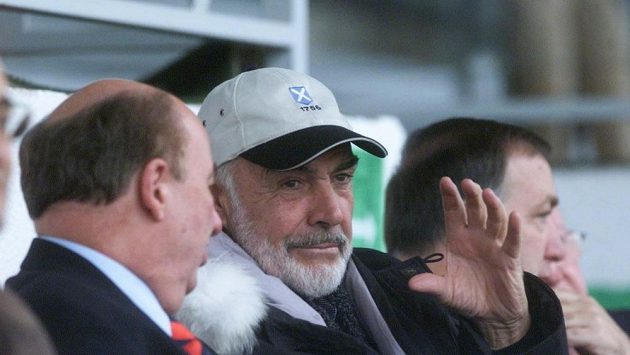 Film actor Sean Connery at the Viktoria Zizkov Cup match with the Glasgow Rangers in Prague’s Strahov in 2002.

The office of the coach of the Czech national football team is still decorated with a large photo frame framed by Ibrox Park. “Viktorka’s fans gave it to me at the time. I should still have a VHS tape with both matches here somewhere. The memories are beautiful. Rangers is a big club. And against him we, the dwarf from Prague. But we advanced, sensationally, “smiles Jaroslav Šilhavý.

It tells the story of the 1st round of the UEFA Cup in the 2002/03 season, when he worked as an assistant to Vítězslav Lavička in Žižkov. In the first match in Strahov, Pikl and Stracený took care of a shocking victory 2: 0. In retaliation, even a 1: 3 defeat after extra time was enough for the outsider to advance.

The first duel is memorable for another reason. James Bond held the bulletproof riders’ thumbs up. “At that time, the famous actor Sean Connery, a big Rangers fan, arrived in Prague. He woke up a big halo, we knew in advance that he would be at the stadium. I was quite envious of the people sitting near him, “recalls Šilhavý.

Connery was guided by sports director Dick Advocaat, a former Rangers coach who was about to join the Dutch national team. Although the Riders had the Argentine Caniggio or a number of Dutch people led by Ronald de Boer, even a representative of the famous agent 007 did not help them. “Sad 90 minutes. The Rangers showed their worst performance on the continent in Prague in the last 20 years, “the Scottish daily The Scotsman wrote to the team.

“It was clear to us that hell awaited us in retaliation. Right in the tunnel, he was unleashed by the defender Amoruso before entering the field. He started shouting that we were on their side. Three had to hold him so he wouldn’t start washing, “Šilhavý shakes his head today.

(from left) Vítězslav Lavička, Ivan Horník and Jaroslav Šilhavý during the match between Glasgow Rangers and Viktoria Žižkov.

The Rangers put Viktorka under overwhelming pressure, they were already leading 3-0 in overtime, which would be enough for them to advance. “I have never experienced such pressure or seen it anywhere. If I was under such fire in training every day, I probably wouldn’t survive. It was as if Soviet hockey players were playing power play, the famous five Fetisov, Kasatonov, Makarov, Larionov and Krutov. In the last quarter of an hour, they had about five or six chances unloaded. I was lucky, “said goalkeeper Pavel Kučera, who already shone with a caught penalty in Prague.

“The Rangers’ dominance was huge. The boys jumped into missiles, such as Honza Buryán literally with the commitment of life. During the overtime, the joker Marcel Lička started and decided on the field after three minutes. We survived everything, the procedure was ours, “smirks Šilhavý. 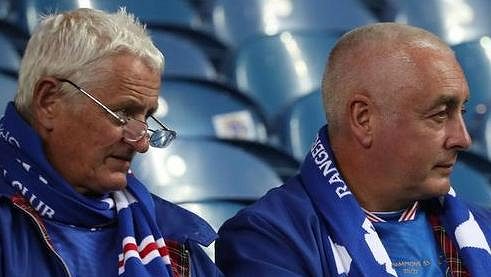 Flight of Kamar’s lawyer. Only children cheer on Sparta

The Žižkov coach Vítězslav Lavička shone with satisfaction, because after eleven years he was again happy with the progress in Ibrox Park. For the first time he celebrated as a player of the Prague Sparta, for the second time his biggest coaching success so far. “The Rangers have fallen victim to their own ineffective games, as have the tactics of the Prague raiders,” The Scotsman said.

The cassette holds the treasure

In the next round, Viktorka was not enough for Betis Sevilla, but the sensation at the expense of Rangers will remain in the cup history forever. “In later years, Sparta, Slavia and Plzeň proved that they can play as equal with equals with leading European teams. I don’t want to reduce the quality of Viktorka, but it wasn’t customary then. That’s why the procedure was so valuable, that’s why the memories are so beautiful, “muses Šilhavý. 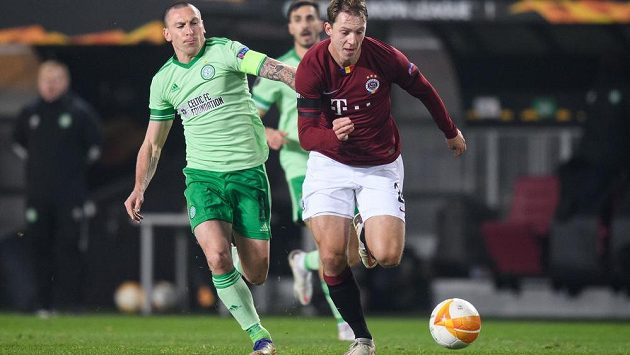 Lukáš Juliš (right) from Sparta and Scott Brown from Celtic during the match of the basic group of the European League in Prague.

Before continuing the qualification of the World Cup, he lives mainly by the present. “I am glad that the Prague S is doing well against the Scots. Sparta defeated Celtic twice last season, while Slavia eliminated the Rangers in a tense game. I wonder how Sparta will deal with them now, “says the national team coach.

He has a framed Ibrox Park in his eyes every day. “I put the mentioned VHS tape somewhere. I have to find her to remind us how we resisted Sborné at the time, “Šilhavý growls.