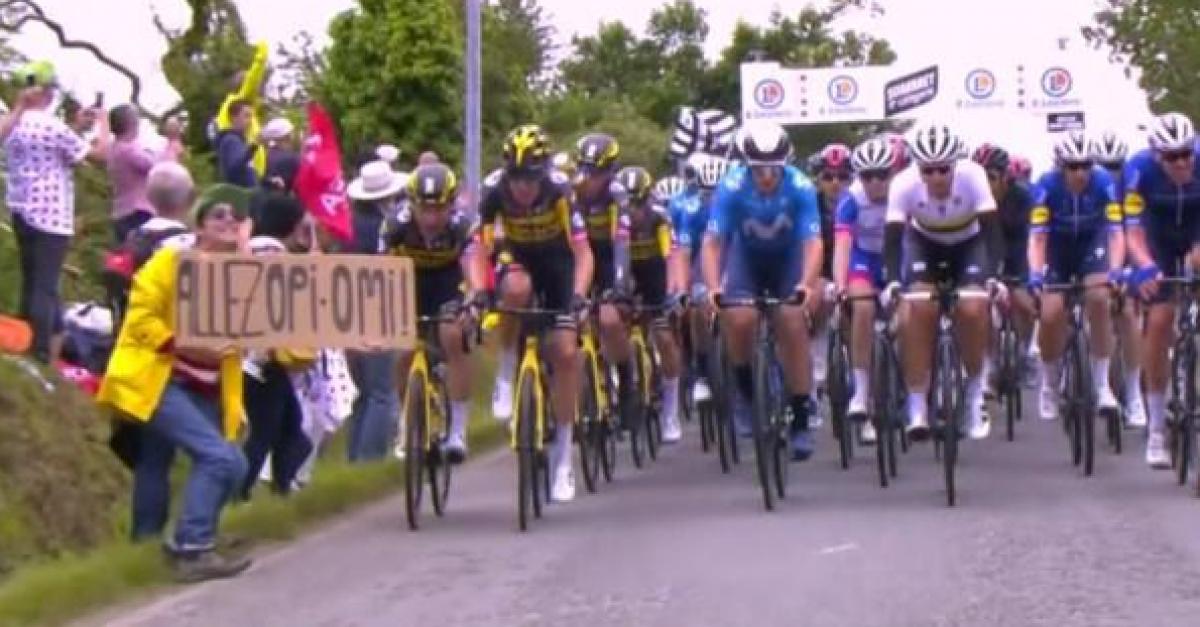 The Tour de France has announced its willingness to file a complaint against the spectator who caused the big fall on Saturday 45 kilometers from the finish of the first stage in Landerneau (Finistère). The gendarmerie has called for witnesses and an investigation has been opened. The spectator is nowhere to be found.

The organizers insisted on respecting the safety rules for the Tour riders, victims of two maxi-falls in the last hour of the race.

“We are filing a complaint against this lady who behaved very badly,” deputy director of the Tour Pierre-Yves Thouault told AFP.

“Let us ensure that the show that has been offered to us is not marred by unacceptable behavior on the part of a tiny minority of spectators,” added the deputy director of the Tour in charge of security.

Pierre-Yves Thouault reminded everyone to strictly respect the rules, in particular to stay on the sides of the road, not to cross the road and not to take selfies.

The first big fall of the Tour was caused by a spectator who brandished a sign encroaching on the roadway. The German Tony Martin, who hit this sign, fell and led to the ground, by a domino effect, a good number of runners.

Three riders were forced to retire in this first stage of the Tour: the German Jasha Sutterlin (DSM), the Lithuanian Ignatas Konovalovas (Groupama-FDJ) and the French Cyril Lemoine (BB Hotels).

The prosecution opens an investigation, a call for witnesses launched

The public prosecutor’s office opened an investigation for “involuntary injuries with incapacity not exceeding three months by manifestly deliberate violation of an obligation of safety or prudence”. A call for witnesses was launched by the Finistère gendarmerie. “The spectator at the origin of this accident left the scene before the arrival of the investigators. She was wearing glasses and wearing blue jeans, a red and white striped sweater, a yellow jacket (waxed kind). She is holding a sign bearing the inscription “ALLEZ OPI-OMI!” “Anyone able to bring items is requested to call the operational center of the Finistère gendarmerie at 02.98.55.80.66”