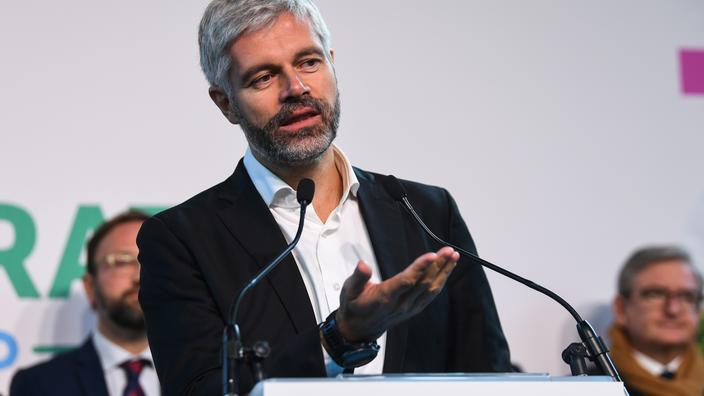 According to an IFOP poll, the outgoing president should come clearly ahead in the first and second rounds.

It is a survey that will make Laurent Wauquiez smile. According to an IFOP survey for Lyon Capital and South Radio unveiled this Thursday, November 26, the outgoing president of the Auvergne-Rhône-Alpes region would be re-elected in any case during the regional meetings next June. The name of his future socialist opponent – Najat Vallaud-Belkacem, the former minister of François Hollande, or Jean-François Debat, the mayor of Bourg-en-Bresse – would not change anything. Laurent Wauquiez arrives in these two hypotheses in the lead in the first round with 31% of the voting intentions.

The left far behind

Behind him, in second position, comes the head of the list of the National Rally, Andréa Kotarac (20%), then that of La République en Marche, potentially embodied by the deputy Célia Lavergne (13 or 14%). The ecologists, carried by Fabienne Grébert, are given fourth, neck and neck with Najat Vallaud-Belkacem (12% each), and ahead of Jean-François Debat (13% against 10%).

This first good survey is in line with the popularity of Laurent Wauquiez in his region. 65% of residents say they are satisfied with it (9% very satisfied; 56% somewhat satisfied).

SEE ALSO – Regional 2021: should the election be postponed?

The editorial team advises you

Sad! This broker succeeded in buying 3,500 PS5 to be sold again