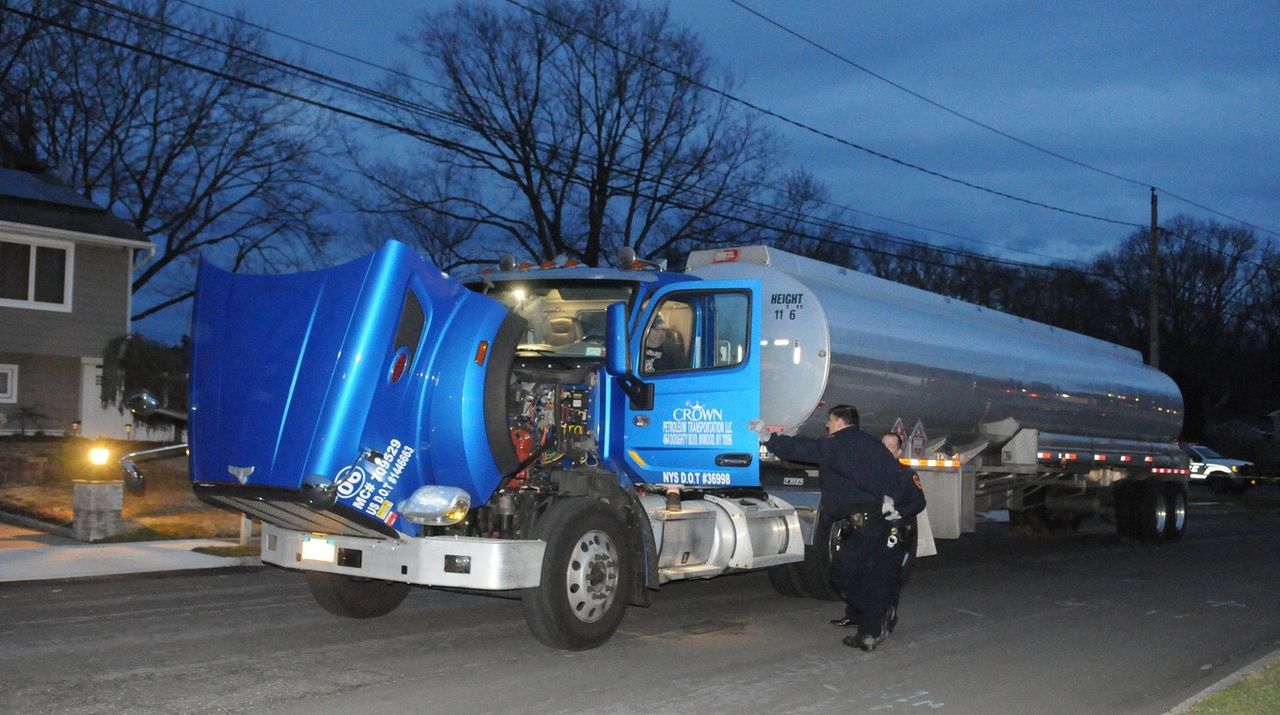 A Ronkonkoma man was arrested and charged on Saturday for stealing an 18-wheel tanker truck in the hamlet after being released from custody earlier in the day in a separate crime, Suffolk County police said.

Welsey Shurman, 23, faces charges including the theft and illegal escape of a police officer in a motor vehicle, along with vehicle and traffic violations, authorities said.

The agents received a call at 4:30 pm by an employee of Petrol Station 76 on the Veterans Memorial Highway reporting that a 2018 Peterbilt Motors tanker truck parked at the station had been stolen, authorities said. An officer saw the eighteen year old heading east on Portion Road in Farmingville and attempted to stop traffic.

Shurman did not stop and the officer followed him until the tanker stopped after crashing into a stop sign on Stuyvesant Drive in Selden, authorities said. Shurman has been taken into custody and will be charged on Sunday in the first district court of central Islip.

On Saturday, Shurman was released from the first district court after being arrested on Friday for criminal possession of a controlled substance charge, authorities said. It has six bench warrants.

Get the latest breaking news in real time.

what to do if you think you are infected