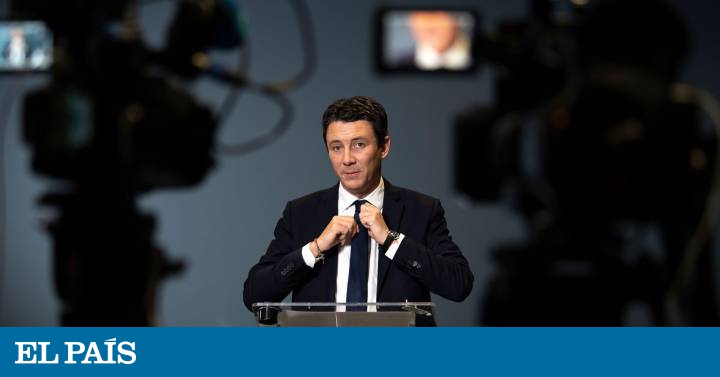 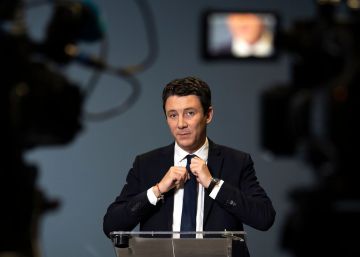 A new type of politics has broken in like a gale in France. The country is not used to a politician falling for a sex tape, as happened on Friday when Benjamin Griveaux, a confidant of President Emmanuel Macron, who abandoned the campaign for mayor of Paris, announced. A dark Russian artist exiled in France and advised by a lawyer for Julian Assange said he had released the images. Griveaux’s resignation is a blow to the strategy of Macron’s party before the municipal elections in March. And it awakens the ghost of an Americanization of public life.

The French prided themselves that in France, unlike in the United States, the separation between the private and public life of politicians was clear and that here it was unimaginable that a consensual act between two adults could ruin a candidate’s career. Yes, presidential hopeful Dominique Strauss-Kahn fell on sexual assault charges, but it was in New York when he was running the International Monetary Fund. And while the sentimental tribulations of Presidents Nicolas Sarkozy and François Hollande entertained the country for much of their terms, the idea of ​​a politician downed by a sex tape seemed exotic. No longer.

“I don’t want to expose myself and my family even more, when all the beating is allowed. This goes too far, ”he told the France Presse Griveaux agency, who has denounced being the victim of“ ignoble attacks ”. “This decision costs me, but my priorities are clear. First is my family, “added the 42-year-old politician.

The scene – the contrite gaze, the mention of the family, the immediate resignation – seemed more typical of a New York congressman or an Idaho senator than a French municipal candidate and deputy raised politically in the Strauss-Kahn environment and ally Macron since in 2016 he decided to launch into the improbable conquest of the Elysee Palace. Images and messages with a woman who was not his wife – recorded in 2018, when the government was a spokesperson – began to circulate on Thursday afternoon. The task of campaigning for a month with this load seemed untenable: to him and his party, The Republic in March (LREM), which day by day sees the possibility of an honorable result in the municipalities of 15 and 22 disappear. of March.

The condemnation of the leak was almost unanimous in the political class. With a common subtext: France is not the United States, and the preservation of democracy is at stake in the protection of privacy.

“I call for respect for the private lives of individuals and families as well,” reacted the mayor of Paris, the socialist Anne Hidalgo. “It is not worthy of the democratic debate that we could have,” he lamented, alluding to the leak of the private images of his rival in the campaign.

“Insumiso, do not participate in any way in the reckoning of which Benjamin Griveaux is the object,” urged the leader of La Francia Insumisa, Jean-Luc Mélenchon, usually ruthless with Macron and his collaborators, in a message on the Twitter social network. “The publication of intimate images to destroy the adversary is hateful. Let’s reject the voyeuristic shipwreck of the country’s public life. No, all blows are not allowed, “he added.

Marine Le Pen’s National Rally was less explicit in its support of Griveaux. But in the general tone of the rest of the games it seemed as if a red line had been crossed. As if a virus alien to indigenous customs had contaminated the customs of the hexagon.

In the Griveaux case the fear of americanization with a more recent one: the Russification. During the campaign that brought Macron to power, in 2017, there was already a massive theft of emails in his party. Suspicions pointed to Moscow. Despite the progressive rapprochement between Macron and Russian President Vladimir Putin, the hypothesis of a Russian interference that disrupts an electoral process, until influencing the result, has not disappeared.

In the end, Russian interference has occurred, but by an unexpected route. Piotr Pavlenski, 35, is a Russian artist, activist, and provocateur. One of his specialties is self-mutilation. Once he sewed his lips together. Another nailed her scrotum in Red Square. The earlobe was also cut in protest at the treatment in psychiatric centers of anti-Putin dissidents. In 2017 he obtained political asylum in France. In 2019, he was arrested for setting fire to the Bank of France headquarters in Place de la Bastille. Police were looking for him for causing a brawl at an end of the year party, according to the newspaper. Mediapart.

Speaking to the newspaper LiberationPavlenski stated that his objective was to denounce what he considers the “hypocrisy” of politicians who, in public, defend “family values” and in private “do the opposite”.

Another twist in the plot: the role of far-left lawyer Juan Branco, an activist close to Mélenchon’s party and the movement of the yellow vests and lawyer for Assange, the architect of Wikileaks, now detained in the United Kingdom. Branco explained to the weekly Le Point Pavlenski had consulted him before spreading the messages. “I understood that, for him, it was a political act. In the same way that he opposed the Putin regime, he was willing to do anything to oppose the Macron regime, whom he considers just as repressive, ”he said. Beyond the moral qualifications, the success of his first hit is undoubted.

The municipal ones get complicated

The resignation of Benjamin Griveaux, candidate until this Friday for the mayoralty of Paris, further complicates Emmanuel Macron’s party in the municipal elections of March 15 and 22. The Republic on the Move (LREM) runs out of candidate in the key square, although the possibility of obtaining an honorable result already seemed difficult even before Griveaux’s sex tape was circulated and he left. LREM’s divisions, the candidate’s null charisma and disenchantment with the President of the Republic had made the capital an increasingly difficult target to achieve.

Stanislas Guérini, general delegate of Macron’s party, praised Griveaux for “placing the collective above his person” and announced the opening of a reflection to continue the campaign in which the current mayor, the socialist Anne Hidalgo, starts as favorite. Among the ringing names are the current Minister for Equality, Marlène Schiappa, and the Minister for Health, Agnès Buzyn.

Griveaux, who in the campaign courted the conservative vote, faced an unforeseen obstacle: the alternative candidacy of another LREM deputy, the mathematician Cédric Villani. After months of postponing a decision, and pressuring Villani to resign his candidacy, Macron in late January favored his friend Griveaux and, after disobeying the leader, Villani was removed from the party.

By then the damage to the macronistas was done: the division of the vote between the pro-government Griveaux and the dissident Villani consolidated Hidalgo’s options. And it put away the dream of the Macronists to conquer the most precious jewel: the capital of France, which also turns out to be a stronghold of LREM. Macron had won there comfortably in every election in which he or his party has run since the 2017 presidential election. Griveaux’s march casts more doubt on the presidential party’s strategy in these elections, not just in the capital. In Paris, his candidacy was in third position in the most recent polls, with a 16% vote expectation, behind the conservative Rachida Dati, with 20%, and the socialist Hidalgo, with 23%.

Griveaux is the second close associate of Macron to fall out of favor. The first was Alexandre Benalla, his trusted bodyguard, removed in 2018 after a video was broadcast in which he attacked protesters on May 1.

Atlético vs Liverpool: The red storm comes to Madrid | sports