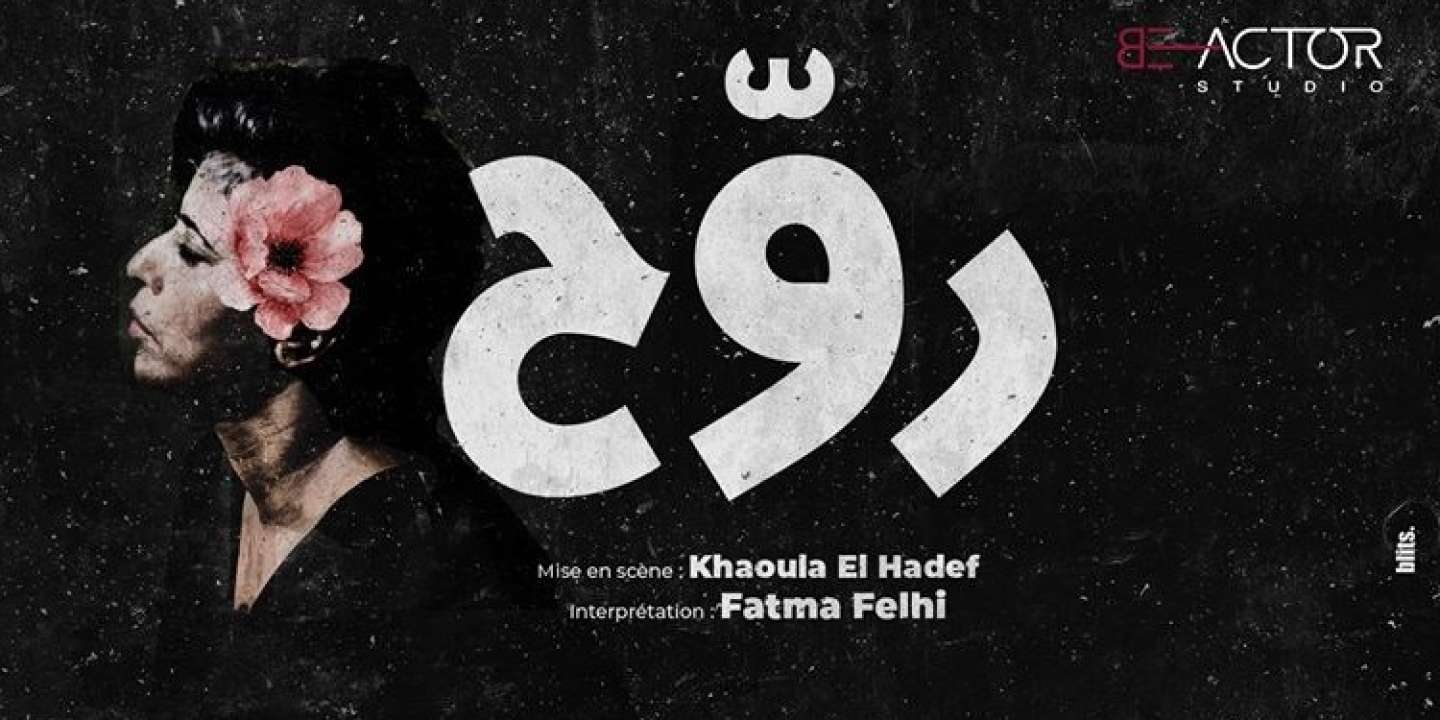 When we meet her between two representations, Fatma Felhi proudly wears the two wicks of pepper and salt that frame her face. The actress, appearing in an autobiographical one-woman-show, gets lost trying to list the professions of her ten brothers and sisters. She herself says she is happy to be a single 50-year-old in Tunis living from the theater, in a society where stereotypes still refer women to traditional patterns of marriage and procreation.

Actress and theater teacher, Fatma Felhi has chosen to go back in her life in a stripping road trip, entitled Rawa7 (“Enter” in Tunisian SMS language). The play was co-written with Yousr Galai and Khawla El Hadef, two women from the same theater troupe El Teatro. “I am at a stage in my life where, like many, I wondered what I could do for my country after the revolution [de 2011]. This individual testimony was a way to inspire other people, to give positive in a gloomy climate “, Explain the actress.

Cradle of the revolution

Fatma comes from a large family living in the village of Erradha, 50 kilometers from Sidi Bouzid, a city in the center of the country which was the cradle of the revolution after the 2010 street vendor Mohamed Bouazizi was killed.

Read also In Tunisia, immolations by fire, weapon of despair

On stage, the actress recounts with modesty but without detour the difficulty of growing up in these disadvantaged areas of interior Tunisia. Sidi Bouzid, Kasserine, Thala, Regueb: so many localities that were the first to rise up against former President Ben Ali but remain undermined by unemployment.

Fatma Felhi’s story takes the form of a drive back to the family home on this well-known road that degrades as one goes deeper into the heart of the country. Once the highway has passed, the red bricks of anarchic constructions mingle with the innumerable meat restaurants that line sinister national roads.

“Mapping a country is like a body’s blood supply: when the vessels are healthy, the body is doing well. In the room, as the road deteriorates, the state of the country and poverty are much more visible, ” describes Yousr Galai.

Fatma tells, not without humor, the poverty that marked her childhood, and remains the daily life of 1.7 million Tunisians. For his illiterate parents – an absent father forced to go to work in neighboring Libya to feed the siblings and an iron-fisted matriarch – the only way out was their children’s baccalaureate.

“My mother had then prepared more than twenty dishes of couscous with meat. Huge pieces of meat. Young and old have eaten (…) All this for the bac? And it’s not even original, I’m the fourth to have had it … But, they have faith, they like it, and they find strength for the bac … This is where their money reappears and that ‘they start to spread it, but will ask them for new shoes, they will be broke, nada! “ tells the actress in Tunisian dialect. Behind the joke, she pays homage to this father who was the first in the village to insist on sending his daughters to school, and to this mother who, during a flood, first saved the school notebooks.

Article reserved for our subscribers Read also In Tunisia, the bitter voices of Kasserine

The actress also talks about the taboos of a conservative society: atheism, cohabitation, equality in inheritance. “The idea was neither to shock nor to be timid. We wanted to evoke certain themes, to tell the shortcomings and the challenges of our society. The theater has always been an area of ​​total freedom of expression in Tunisia “, underlines the director Khawla Elhadef.

On stage, as Fatma gets closer to her hometown, nostalgia takes over. Metaphor and fantasy replace reality, as in a child’s imagination. For her, the theater was a saving escape.

After Tunis, the play’s team will tour the country. For the co-authors of this monologue, telling the story of Fatma Felhi, this journey of success strewn with pitfalls in a marginalized region, was necessary. “Everyone can identify with their story. It’s the story of a free woman but also the story of a social ascent through school ”, says Yousr Galai.

While Coronavirus Numbers Rise, C.D.C. The test comes under fire