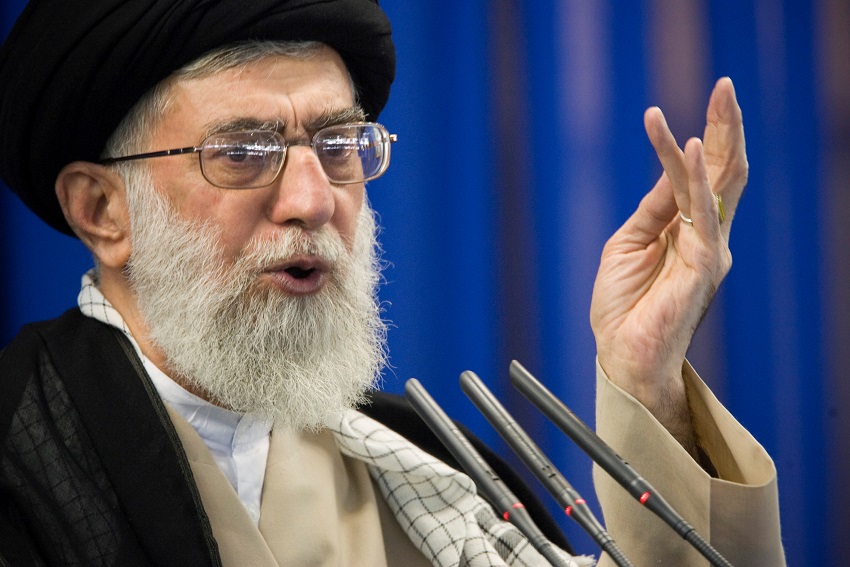 Iran’s Supreme Leader Ayatollah Ali Khamenei spoke about the causes of the deep animosity between Iran and the United States. Photo/REUTERS

TEHERAN – Iran’s Supreme Leader Ayatollah Ali Khamenei explains why the deep hostility between his country and the United States (US) has not been resolved.

He also refused to remove the “Death to America” ​​slogan so popular in Iran.

“America’s deep hostility and grudge against Iran stems from the revolutionary and religious point of view of the Iranian people on current world issues. That is why the US, the leading ‘arrogant power’, opposes the Islamic Republic of Iran,” Khamenei said in his speech, as quoted from AFP, Tuesday (11/1/2022).

Read also: Iranian Admiral: When the Time Comes, Iran Attacks the US with Great Power

Iran is currently negotiating with world powers, including the US, in Vienna to revive the 2015 nuclear deal. The broken deal is officially known as the Joint Comprehensive Plan of Action (JCPOA).

Khamenei stressed that negotiating does not mean surrendering to the enemy.

“Not surrendering to the enemy is one of the principles of the Islamic revolution. However, holding talks and negotiating with the enemy at any given moment did not mean giving up. We have never given up so far, and we will never give up,” Khamenei said.

In his speech, Khamenei did not directly address the talks in Vienna, but this was the first time he had spoken about negotiations in general since the resumption of the JCPOA negotiations in late November 2021.

The Supreme Leader delivers a speech on the anniversary of the uprising of the people of Qom against the Pahlavi regime in 1977.

“It is another thing to negotiate, talk and interact with the enemy, but we do not and will not succumb to the enemy’s coercion and words. They want to undermine this, and they want to belittle these important principles. This is part of the wide and varied soft war of the enemies they are pursuing,” Khamenei said.

He warned that the enemy was trying to erode Iran’s response to the principles of the Islamic revolution through a massive propaganda campaign in cyberspace and foreign-based media.

The Supreme Leader called on intellectuals, academics and social media activists to confront the campaign.

Furthermore, Khamenei commented on the assassination of General Qassem Soleimani on the second anniversary, saying it was a miscalculation by the United States.

Here’s how to reset the beating on your bill