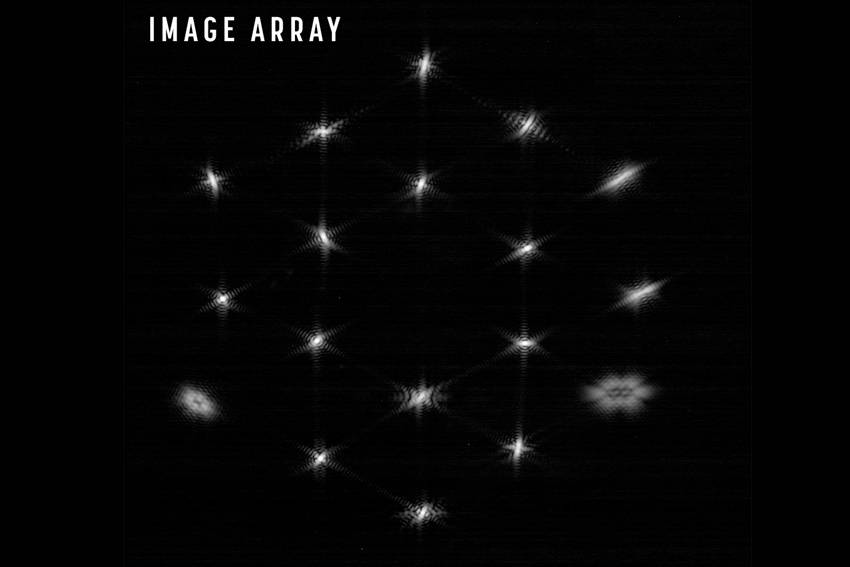 TELESCOPE Outer Space James Webb completed one of the first important stages of the process namely aligning the observatory’s 18-segment main mirror. A single star observed by the observatory was deliberately changed 18 times into a hexagonal shape.

In the end, the 18 images will be perfectly aligned into one sharp focus. The interim result depicts perfectly repeating stars in a hexagonal pattern, reminiscent of stunning celestial snowflakes.

“The resulting images show that the team has moved 18 segments of James Webb’s main mirror to record 18 unfocused copies of the single star into a hexagonal formation,” NASA officials wrote in a blog post Friday, February 18, 2022.

Read also; Not Spectacular But Historic, This Is The First Photo Of The James Webb Space Telescope

“So they (18 mirrors) have the same relative location as the focal position of the mirror,” said Matthew Lallo, scientist and telescope manager at the Space Telescope Science Institute.

Once the segment alignment is completed successfully, the team will begin the third phase, which is image stacking. It will eventually merge the 18 images on top of each other into one clear and more focused view.

Lallo said the three-phase procedure would allow the team to use an intuitive and natural way to visualize change. “We can now actually watch the main mirror slowly form into the precise and desired shape,” he said.