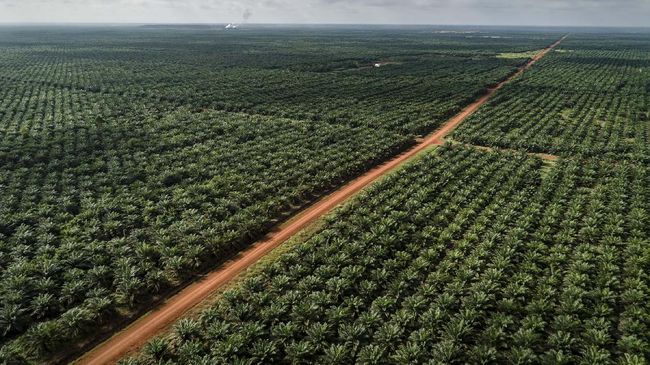 President Joko Widodo (Jokowi) issued an export ban CPO and cooking oil. This was aimed at lowering the price of cooking oil and raising its rare stock.

The policy was released on Thursday (28/4), after a series of assistant ministers were tried for failing to reduce the cost of cooking oil, which had risen since the end of last year.

As the world’s first CPO-producing country, major global politics has attracted criticism, protests, and appreciation, both outside and inside the country. The following is a list of protesters against Jokowi’s policies.

Commissioner VI VI DPR PPP faction Ashmad Baidowi admitted that he agreed with Jokowi’s policy because he considered that the decision was taken carefully and not hastily.

On the other hand, DPR Commissioner VI from the PDI-P faction, Deddy Yevri Hanteru Sitorus, urged the government to assess the moratorium or ban on exports of cooking oil and cooking oil raw materials.

See also  Almeida includes dozens of photos of fallen trees in the report to ask the Government for 1,400 million for Filomena

This can be understood as a step to ensure a plentiful supply of land and a decrease in cooking oil prices at the domestic level. However, if implemented long-term, the policy could damage the CPO industry as a whole, including the cooking oil industry and harming farmers.

“Keep in mind that about 41 percent of palm oil industry players are small. So this concerns millions of people and will be the first to suffer as a result of this policy,” said Deddy.

The Palm Oil Workers Coalition (KBS) has protested the ban on oil and cooking oil exports. The ban is considered potentially harmful.

Palm Oil Workers Coalition Coordinator Zidane said potential losses would occur if the export CPO ban triggered a decline in the financial performance of palm oil companies. According to him, if the problem occurs, the company’s operations may be disrupted.

This could be a reason for companies to reduce the guarantee for the fulfillment of workers’ rights, including in relation to wages, working days and health protection.

Director of the Center for Economic and Law Studies (CELIOS) Bhima Yudhistira Adhinegara assessed that the decision to ban the export of CPO did not solve the existing problem.

See also  Football rumors: Real could include Hazard in exchange with Chelsea, Suarez could be on the other side of the Atlantic

According to him, the CPO export ban is like repeating the mistake the government made in stopping coal exports last January.

“Is the problem solved? No, it has been protested by potential buyers abroad. These methods must be stopped,” said Bhima.

He believes that Jokowi’s policy will actually benefit other countries that are also producers of palm oil, such as Malaysia.

Not only that, Indonesia also has the potential to lose foreign exchange exports worth US $ 3 billion in foreign trade or equivalent to more than Rp43 trillion (exchange rate of 14,436 per US dollar).

“During March 2022, CPO exports are estimated at 3 billion US dollars. So the estimate is in May, if the assumption is that the export ban is valid for 1 full month, (Indonesia) will lose 3 billion US dollars in trade equivalent to 12 percent of total non – oil exports, “he said.

Similarly, the Executive Director of the Institute for Economic and Financial Development (INDEF) Tauhid Ahmad said the government should limit it and not ban it. Because, so far, domestic CPO consumption is only around 6 to 7 million tons.

“Domestic consumption is only 6 million tons-7 million tons, but 30 million tons are banned from exporting, where do you want to go? Is it rotten?” he explains.

Tauhid said the policy would also hurt CPO farmers. If they are not allowed to export, they will lose the market because the majority of Indonesian production is exported. “Who buys it? We have millions of farmers who have to depend on the export market,” he explained.

See also  Solar panel: why buyers should pay attention to the place of origin

Especially, if the policy proves to have a negative impact on palm oil entrepreneurs.

“If this policy has a negative impact on the sustainability of the palm oil sector, we will ask the government to evaluate the policy,” added GAPKI Communications Division Chief Tofan Mahdi.

GAPKI urges all stakeholders in the palm oil industry to participate in monitoring the impact of the policy on the earth.

“We invite all stakeholders in the palm oil industry chain to monitor the impact of this policy on the palm oil sector,” said Tofan.