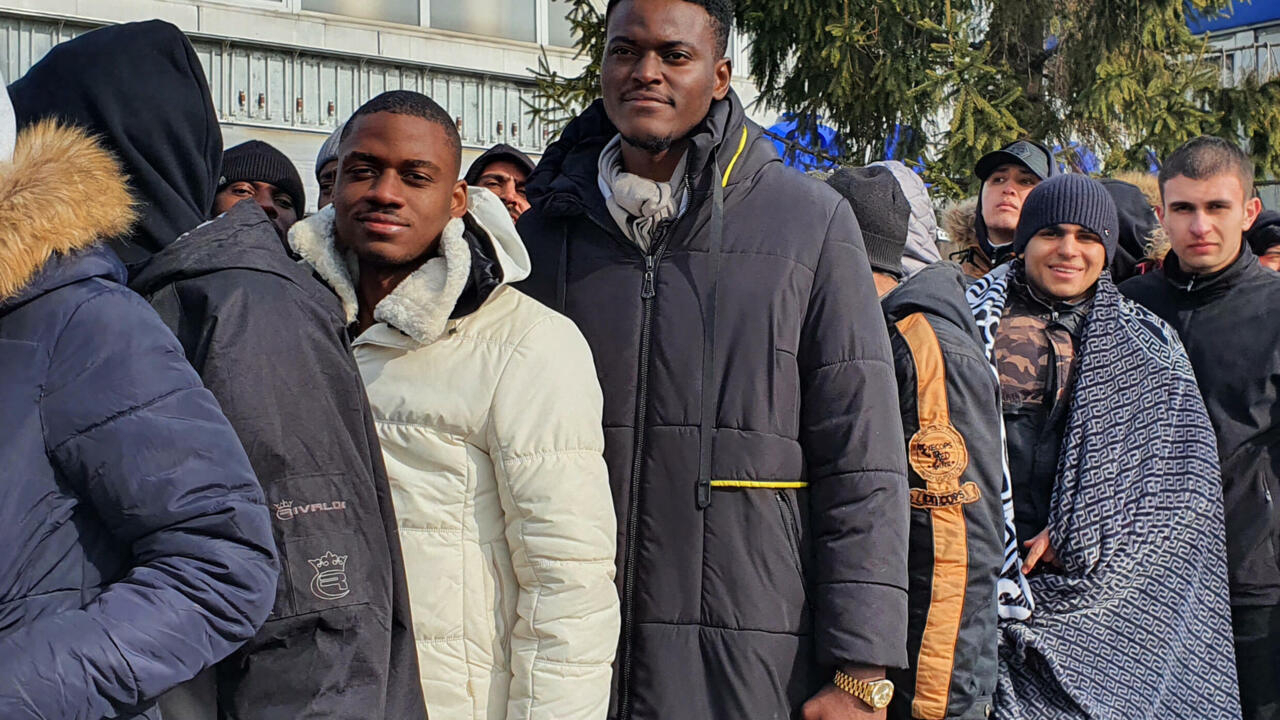 Seventeen students arrived in Accra on Tuesday, the first repatriation of Ghanaians as African countries try to provide aid to their nationals fleeing the Russian invasion of Ukraine. According to Senegal, a dozen African embassies “pool their resources and efforts” to improve support for these nationals.

A first group of Ghanaian students evacuated from Ukraine were repatriated on Tuesday 1is March in Ghana as African countries step up efforts to help their nationals flee the Russian invasion.

Nigeria, the most populous country in Africa, said it would start evacuating more than 1,500 of its nationals who have taken refuge in Poland, Hungary and Romania on Wednesday.

Prior to the offensive, Ukraine hosted some 16,000 African students, according to Ukraine’s ambassador to Pretoria, Liubov Abravitova, who is trying to facilitate the repatriation of some of them.

In all, more than 660,000 people fleeing Ukraine have flocked to neighboring countries, figures which are increasing “exponentially”, the UN High Commissioner for Refugees (UNHCR) said on Tuesday. “At this rate, the situation looks set to become the biggest refugee crisis of the century in Europe,” UNHCR spokeswoman Shabia Mantoo told a press briefing in Geneva.

Relief after a harrowing flight

The 17 Ghanaian students who arrived in Ghana’s capital Accra on Tuesday looked relieved. They said they wanted to be reunited with their families after a harrowing journey.

A total of 527 Ghanaian nationals have crossed Ukrainian borders to several European countries and will soon be repatriated if they so wish, Foreign Minister Shirley Ayorkor Botchwey said.

“I was afraid for my life so I decided to leave. Some towns were bombed near my home and I spoke with my parents, who asked me to leave,” Priscilla Adjai told AFP. , upon his arrival in Accra. “It wasn’t easy but thank God we made it out and finally arrived in Ghana.”

Another student, Esther Edze, said the group was aided by the Church of Pentecost, based in Accra and present in around 100 countries, and joined by Ghanaian diplomats across the border.

The Ghanaian government has said it will help students reunite with their families as well as reintegrate into their country.

Concern of the African Union

The Nigerian government told him it was preparing to evacuate more than 1,500 of its nationals who had found refuge in Poland, Hungary and Romania on Wednesday. About 8,000 Nigerian nationals are in Ukraine, including 5,600 students, Foreign Minister Geoffrey Onyeama said.

The head of the Nigerian diplomacy also indicated that he had spoken with the Ukrainian and Polish authorities to ensure that the Nigerians would not be denied the right to cross the border.

The African Union (AU) expressed concern on Monday after growing accusations of racist behavior against African nationals at the Ukrainian borders, some of whom seem prevented from reaching or crossing. Applying “unacceptable different treatment” to Africans would be “shocking and racist” and would “violate international law”, she stressed.

Poland’s ambassador to Nigeria has dismissed the accusations, saying “everyone receives equal treatment” at the Ukraine-Poland border. But some foreigners, including Africans, say they still struggle to reach Ukraine’s neighboring countries. Several African students said they were pushed aside to allow Ukrainians to cross the border first.

“It’s blocked, nobody tells us anything. They are calling 20 people to let them through, but we are still there, we are not moving an inch,” lamented Richard Adjei Kusi, a Ghanaian student interviewed by the AFP at the Polish border. “If you look at the queue, our friends, some of them have been there for more than four days now,” added the young man, blocked for two days.

Many African countries, from South Africa to the Democratic Republic of Congo, are trying to help their nationals who have left Ukraine.

The Secretary of State for Senegalese Abroad, Moïse Sarr, said Tuesday morning in Dakar that more than 20 Senegalese nationals had flocked to Poland and that they were being taken care of by the embassy in Warsaw. Moïse Sarr also said that a dozen African embassies have “pooled their resources and efforts” to improve support for African nationals in Ukraine.

Here they collect goods for Ukrainian refugees. Aid organizations are encouraged to donate money instead