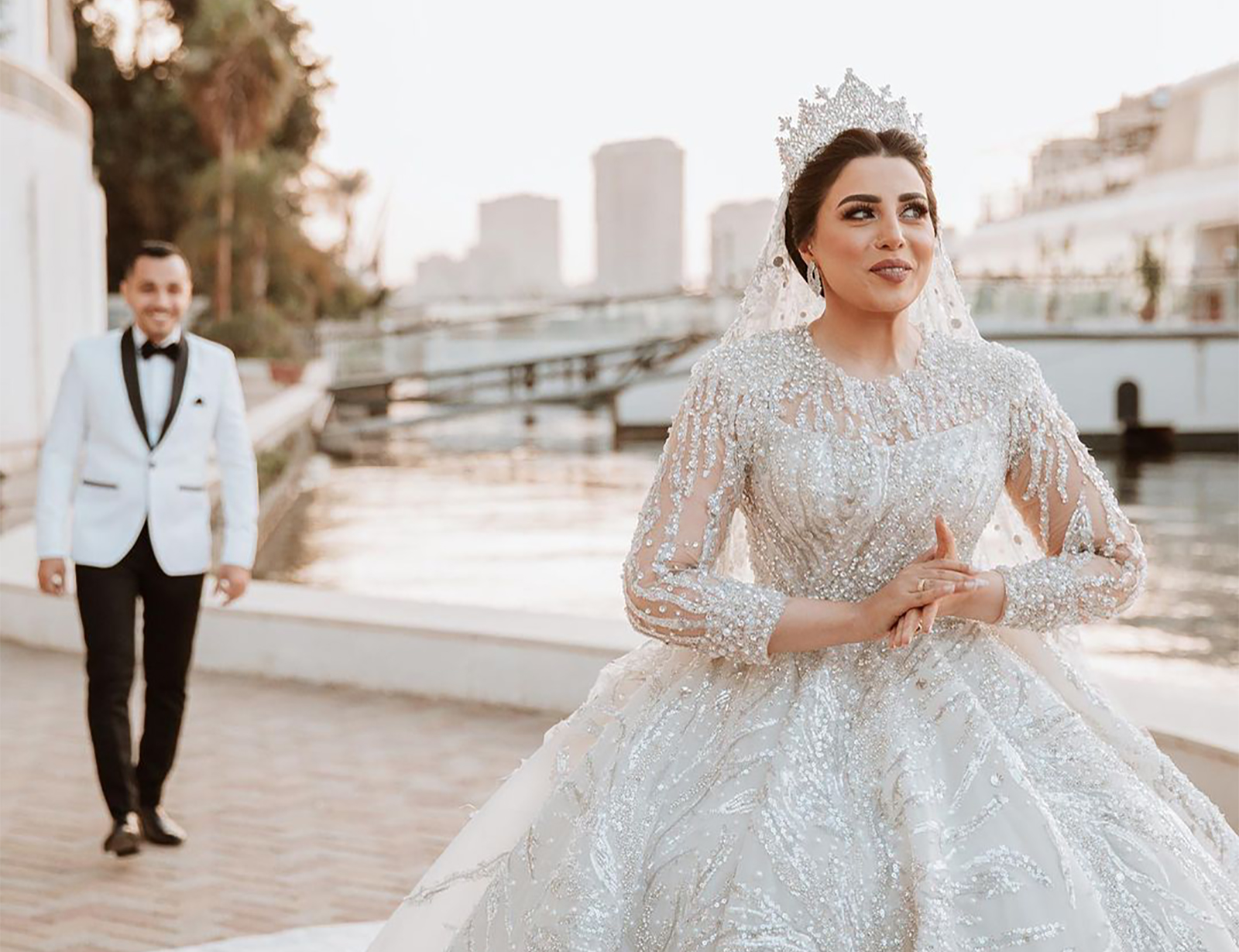 The veiled beauty queen in Egypt, Aya Makram, broke her silence and responded to the criticism she was subjected to due to her reaction when watching the artist Tamer Hosni and her intense emotion during her wedding.

Aya posted, through her account on “Instagram”, a video showing the stampede of a large number of attendees on the stage, explaining the details of her reaction, saying: “I think this video is the biggest evidence and people want to focus very much on the attack that happened on the stage, from photographers and many people, and when we saw The view is me and Heim telling my niece to come down quickly.”

And she continued: “Look, see, and judge for yourself. If you saw your daughter in a place under attack like this, what would you do? This is my niece and I am more afraid of her than you, and I think the video proves this.

Aya Makram published pictures of her embracing her husband and standing in front of them, the artist Tamer Hosni, on her personal page on Instagram, and she did not comment on anything about the crisis, but was content with placing an emoji.

Aya Makram was subjected to severe attack and criticism, launched by the pioneers of social networking sites “Facebook”, when she was surprised by the presence of the famous singer at her wedding, as many negative comments followed her, in response to the video spread to them, which the artist shared, and the bride also re-published it on the communication sites social.