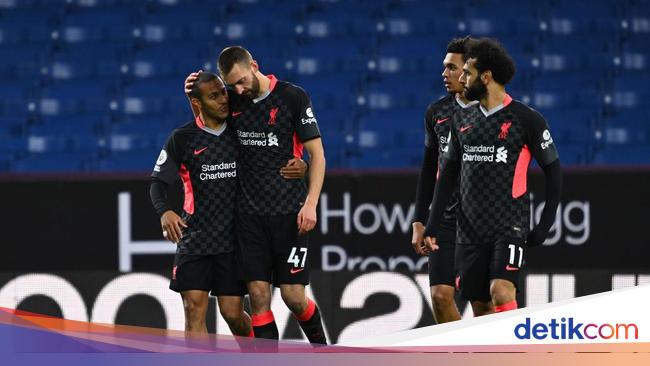 Liverpool has been on fire lately. But, it will be in vain if the Reds are unable to win the Champions League ticket that is in sight.

After teetering for the first three months in 2021, Liverpool have started to improve in form in the last nine games. They are able to win 23 points from 27 possible.

The four points lost were matched by Leeds United 1-1 and Newcastle United 1-1. Of course, Liverpool regretted it considering they had a long lead before being equalized in the final minutes.

Therefore, Liverpool have to fight until the end to finish in the top four. Armed with four consecutive wins, the Reds are now in fourth place in the standings with 66 points (+24), ahead of Leicester City in fifth (+20) and one point behind Chelsea in third.

The competition of the three will be very tight and Liverpool can be said to be the most benefited, because they “only” hosted Crystal Palace at Anfield, Sunday (23/5/2021), WIB, with the support of 10 thousand spectators. An automatic win will give you a Champions League ticket.

However, Juergen Klopp as the manager warned that the match would not be easy and asked his players to keep up with their performance. Just a little careless, dreams of the big four can run aground.

“Our performance is stable again, this has made the team’s confidence return, and we can score goals at the right moment and rarely concede. You could say that,” Klopp said as quoted by Klopp. AFP.

“You still have to step even though the door is open. That’s what the players are doing so far, but not to the end. We just focus on there,” he continued.

“This season is strange indeed, nothing can change it. It’s really draining energy. But we ourselves will determine the fate to finish as well as possible this season.”