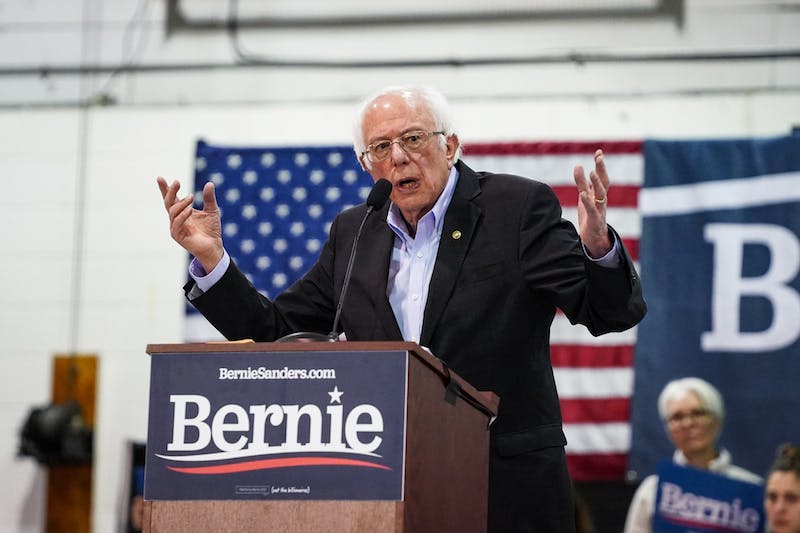 It is difficult to watch democratic debates and not feel as if America has lost its way. The absence of an American pandemic team. The relentless struggle between democratic candidates. Ongoing discussions about Russian interference in our elections. Chaos in the office of the director of national intelligence.

Meanwhile, thousands of families have been separated on the border, racism is rampant, millions of Americans don’t have health insurance, our criminal justice system is broken, student debt is on the rise, voters are private of the right to vote and the global climate change crisis looms.

Voters are anxious. Despite all these pressing issues that need to be addressed by the next resident in the White House, the 2020 U.S. presidential election must be a referendum on how President Donald Trump has led America astray and how to save our republic. It is up to the final democratic challenger to set the tone for the next election.

The reality of Democratic primary horse racing has seriously clouded the objectives of these elections. Wakeup call one: the candidate must beat Trump. Wakeup call two: America will lose if we remain divided.

For many, the alarm clock takes them to Senator Bernie Sanders (I-Vt.). The Daily Pennsylvanian editorial board claimed that Sanders is the person to beat Trump. A decisive victory in Nevada only further strengthened his leadership status. But despite his domination over the early stages of Democratic Primary, we must be wary of his candidacy.

But such sentiment from a candidate who is running with a democratic ticket is completely unacceptable. The “us against them” (“them” being the democratic and republican institution) attitude of Sanders and his supporters is not so different from the comments of “Trump only I can solve”.

But can Sanders fix it? Of the senators serving 10 years or more, Sanders is the latest in terms of supporting bipartisan bills. Compared to other presidential candidates such as Senator Amy Klobuchar (D-Minn.), Who ranks second in terms of bills signed with bipartisan support, Sanders’ record is far from desirable. Given the current state of partisanship under President Trump, it is worrying to see a candidate so reluctant to reach the corridor.

This division coupled with Sanders’ policy tendency to incite such conflicting passions suggests that putting pressure on Congress to implement its ambitious agenda would be particularly stimulating. During Trump’s presidency, we saw the American people attempting to put pressure on Congress through strikes, protests and polls.

Congress simply refuses to come under pressure. Two thirds of Americans said the U.S. Senate should have called witnesses to support Trump’s impeachment process. This is not what happened. The disconnect between what people want and what Congress wants has never been more important than during Trump’s presidency. This disconnection must be addressed by the next President and, given the current nature of the Sanders platform, it is not clear whether this can become reality.

More worrying is the tendency of Sanders supporters to speak negatively of his opponents. At a New Hampshire rally, Cynthia Nixon, a prominent Sanders supporter, had to shut down Hillary Clinton’s whistles. The Nevada Culinary Union recently accused Sanders supporters of cyber-banding them for criticizing Sanders’ health proposals.

Why did Sanders’ campaign produce such a toxic rhetoric? Democrats cannot expect to take the highest moral level in the next election if we find ourselves returning to tactics that remind us of those we wish to abandon.

Senator Elizabeth Warren (D-Mass.), Another presidential candidate, said: “The thing we have to ask the Democrats is if there will be a bitter new crackdown on the same old divisions in our party or if we can find a other way … we can’t afford to fall into factions. We cannot afford to squander our collective power. We win when we get together. ”

Regardless of whether you agree with his campaign, the message behind his words rings true. Trump won in 2016 when he appealed to independent, moderate Republicans and suburban women. Those same voters are the ones who swung for Democrats during the 2018 mid-term election to turn the House upside down. Listening to and respecting those voters has allowed us to flip 40 seats. Now, those same voters must be held back to defeat President Trump.

Receive our newsletter, Dear Penn, delivered to your inbox every weekday morning.

At the end of the day, it’s easy to look at Sanders’ numbers in the primaries and polls and feel like he’s meant to be the candidate. But Sanders’ political progress has never passed the test of the general public. By the end of this primary season, we need to be able to unite around a candidate.

The time has come for our generation to pay more attention to intangible talents such as eligibility and coalition building, to ponder other perspectives and listen to what other candidates say. The Pennsylvania primary is April 28, so let’s take some time to follow the process and educate ourselves as completely as possible. The stakes are high: America is on the ropes and voters cannot afford not to be educated.

AGATHA ADVINCULA is a second-year student from Brooklyn, New York who studies health and society.