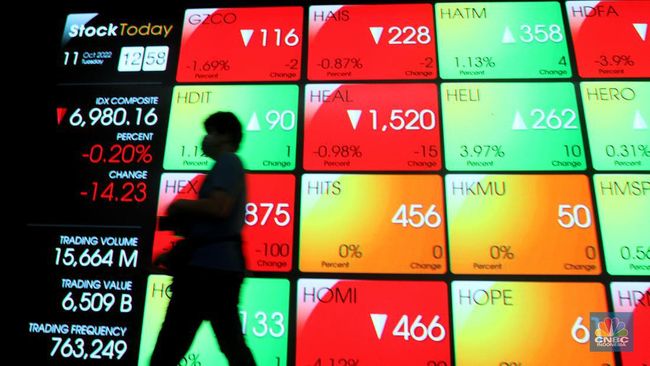 Jakarta, CNBC Indonesia – PT Bank Bumi Artha Tbk (BNBA) is sure to be able to immediately meet a core capital of at least IDR 3 billion before the end of the year. This corresponds to the beginning of the process right issue company.

According to the prospectus, BNBA holds additional capital and preemptive rights (PMHMETD) by issuing 616 million shares. This is equivalent to about 18,185 of the issued and fully paid capital.

The exercise price is IDR 1,345 per share. Thus, the new funds obtained were IDR 828.52 billion. These funds are sufficient to keep BNBA away from the potential for ‘forced marriage’ or even liquidation due to its inability to meet basic capital requirements.

This is also in line with the objective of implementing the corporate action, which is to meet the minimum basic capital for 2022 marked in POJK 12/2020.

The details of the use of funds in the issue of rights are as follows.

-The remaining 10% is for business expansion in the form of developing new products, including digital savings and digital storage.

PT Surya Husada Investment (SHI) as the holder of 25.45% of BNBA shares declared that it would exercise all the HMETD that would receive them and become its rights based on the proportion of its shares in the company, namely 156,800,000 HMETD.

PT Dana Graha Agung (DGA) as a shareholder of 15.27% stated that it would exercise all HMETD, which it would receive and become entitled to based on its share of the Company, namely 94,080,000 HMETD.

PT Budiman Kencana Lestari (BKL) as the holder of 10.18% of the company’s shares declared that it will exercise all HMETD, which will receive and become its rights based on the proportion of its share ownership in the company, namely 62,720,000 HMETD.

Ajaib Group through PT Takjub Financial Technology (TFT) is the holder of 40% of BNBA shares. TFT stated that it would exercise part of the proportion that became its right, namely at least 24,640,000 shares. No preemptive rights owned by TFT are transferred to other parties.