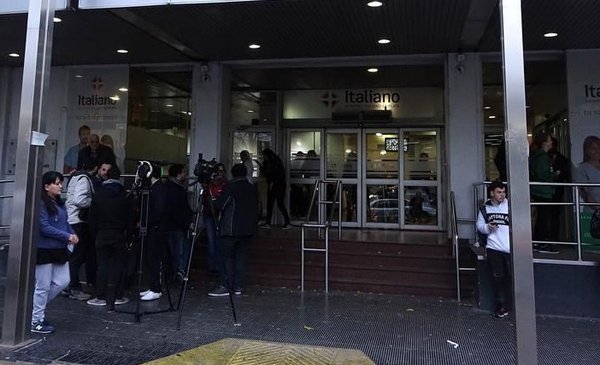 In the last few hours, alarm, concern and outrage caused the staff of the La Plata Diagnostic Institute the news that a medical sonographer who recently returned from a trip to Japan failed to comply with the preventive isolation recommended by the health authorities and was treating patients in that clinic.

“Many of us cannot believe their irresponsibility. A few days after returning from a trip to Japan (one of the countries with local transmission of COVID), he showed up for work and spent at least two days attending to patients. It is calculated that he could have seen about forty people, in addition to the contact he had with his coworkers, ”a hospital professional said yesterday.

The episode, which involves a medical sonographer, was confirmed yesterday by the authorities of the Diagnostic Institute. Last Tuesday, “we hardly became aware of this situation and we indicated that due to the current regulations of the National Ministry of Health, he should leave and maintain preventive isolation for fourteen days at his home,” explained its medical director, Javier Bidart.

The questioned professional, who would have returned from her trip to Asia last Wednesday, March 4, “returned to work last Monday and was treating patients both that day and the next, when it became known that she was not respecting preventive isolation” , explained health center workers.

According to an internal communication that the authorities of the Medical Institute sent the same Tuesday to the association of professionals of the center, to be able to return to his job, the doctor must present “objective documentation of the date of return to the country” in order to consider as fulfilled the maximum period in which there is a risk of viral transmission.

The concern about health professionals who returned to their activities in recent days after having been on vacation in countries with viral circulation also raised concern among workers at the Italian Hospital in La Plata. As some of them reported yesterday to this newspaper, at least four people who work in that establishment (an administrative officer, a traumatologist, a doctor and a nurse) would not have respected the preventive isolation indicated by the Nation’s health authorities. The version, which indicates that some of them would present a feverish picture, could not be officially confirmed until yesterday.