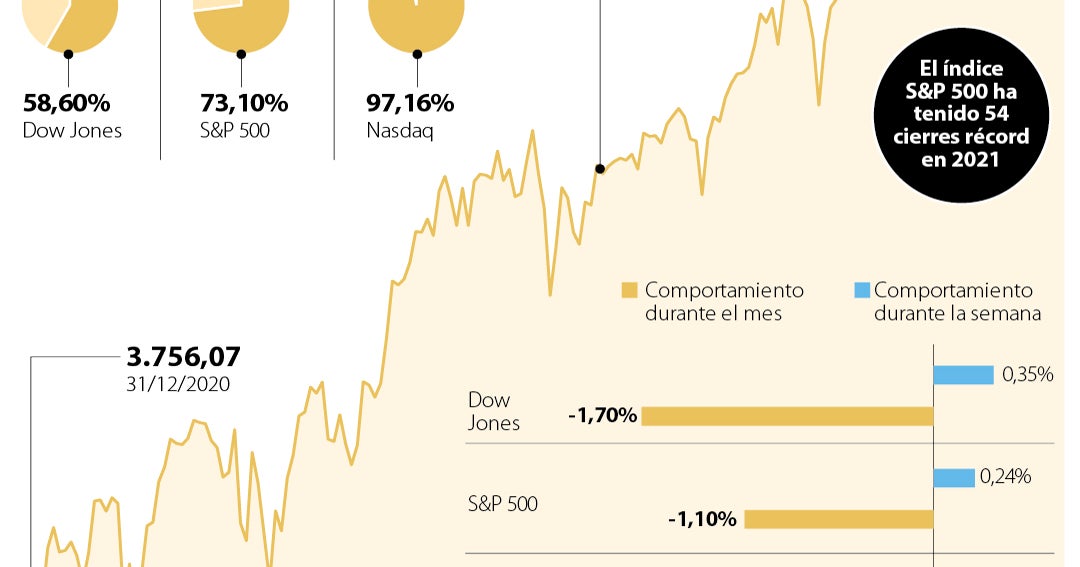 Historically September has been characterized as a negative month for the S&P 500, and precisely that uncertainty led to a panic on Wall Street due to an increase in volatility in the following two weeks.

According to Stock Trader’s Almanac consultancy, September has been the worst month of the year for the S&P 500, with a negative record of 0.4%, on average. Since 1950 this period also ranks last for the Dow Jones and the Nasdaq compared to the other months of the year.

The consultant adds that the weakness of the indicator generally occurs after the middle of the month, according to a seasonal pattern. For the past 21 years, September has generally started little changed with a mixed performance for Wall Street.

However, after the middle of the month, the gains tended to quickly fade to a loss.

This same behavior has also been seen by the firm Bespoke Investment Group, which concluded in a recent report that, since 1983, the S&P 500 has usually been flat during the first third of September, although it has had a more negative bias in the last 10 years.

During the second third of the month it acquires a more positive tone, to reach a peak towards the middle, before settling again in the last 10 days.

Bespoke also warned of the downward turn in the American Association of Individual Investors (Aaii) opinion poll, which fell from its peak of 43.4% two weeks ago to 22.4%.

This is the lowest level of bullish US investor sentiment since the last week of July 2020.

To this is added that on Friday there was the third quarterly expiration of futures and options on indices and individual stocks of the year, which is known as the “triple expiration”, or “triple witching”, and which usually produces very volatile movements in markets, as investors decide whether to let these derivative contracts expire or whether they are renewed until the next maturity.

Investors have been paying more attention this year to expiration events, as the S&P 500 Index has tended to fall in the run-up to the event, which occurs four times a year, on the third Friday in March, June, September and December.

And to complete the perfect storm, there has long been the intrigue of when the peak of the S&P 500 will be in a sustained rally that has been taking place since March 2020, just when the worst moment of the pandemic was going through, and which is doubted when the end of that historic rebound comes.

“Investors have been anxiously awaiting a significant pullback for more than 200 business days and that may finally have come at this time, that the economy is experiencing very high monetary and fiscal stimulus,” said Edward Moya, senior markets analyst at Oanda. .

Moya also explained the consequences of an abrupt Wall Street for the Colombian market: “If there they identify that risk aversion continues to be the dominant theme, dragging down the prices of raw materials, the Colcap of Colombia will have serious difficulties in the next days”.

He added that Latin America will have as its main focus the Federal Reserve meeting next week, which could keep the currencies of the Andes vulnerable to further weakness.