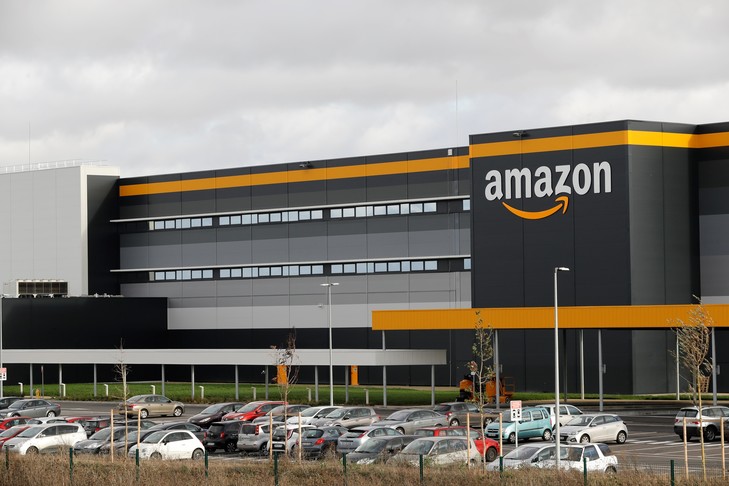 New setback for Amazon. The American giant announced Monday May 4 that his request for partial unemployment for employees of its French warehouses had been rejected.

→ LIVE. Coronavirus: the latest news in France and worldwide on May 4

A refusal which comes after a court decision which obliges the company to reduce its activities and to which the company responded by the total closure of its sites in France.

Amazon had warned union representatives on Thursday April 30 that the company would apply for short-time working for around 10,000 workers operating in its six logistics centers in France. An approach immediately qualified ” indecent By the group’s unions, who therefore congratulate themselves that it was unsuccessful.

On the side of the Ministry of Labor, we justify the refusal by explaining that partial unemployment is not intended to compensate for the effects of a court decision. An argument shared by the unions who point out that the justice system did not order the closure of the French sites.

” Amazon made the decision, assures Laurent Degousée, of the SUD Commerce federation, which had launched legal proceedings against Amazon. In addition, the company continues to pride itself on the fact that it continues to deliver customers to France, via its platforms abroad. In these conditions, I do not see how the leaders can dare to ask the State to pay the salaries for them “,

“A kind of blackmail”

Union official even sees in Amazon’s partial unemployment claim “ a kind of blackmail ” The company would have wanted to make it difficult for unions to face workers who could have lost part of their wages by switching to short-time working. It would also have put additional pressure on the state, forced to assume the compensation of the 10,000 employees until the reopening of the warehouses.

If Amazon has operated at full capacity with containment, the situation of the company has become very complex since two court decisions ordering it to reduce its activities to ensure a reduction in the number of employees present on the sites. Until a consultation leads to the precautionary measures to put in place to avoid any health risk in the face of the Covid-19 epidemic, Amazon can only sell part of the products in its catalog, under penalty of have to pay a fine.

Faced with these limitations, the group preferred to purely and simply close its six warehouses in France. “Our logistics activity is technically complex and the penalty of € 100,000 per offense, specified by the Court of Appeal, could imply that even a tiny rate of accidental treatment of unauthorized products, of the order of 0.1% , could result in a penalty of more than one billion euros per week “, argues management.

→ READ. In companies, the need for a negotiated takeover

The group therefore announced the closure of warehouses until May 5 inclusive. According to the unions, an extension of this closure seems inevitable, the time to bring about the consultation requested by the courts.

Who is Nino Di Matteo, portrait of the most escorted (and divisive) prosecutor in Italy. After the “break” with Bonafede, does it remain a symbol for the Five Stars?