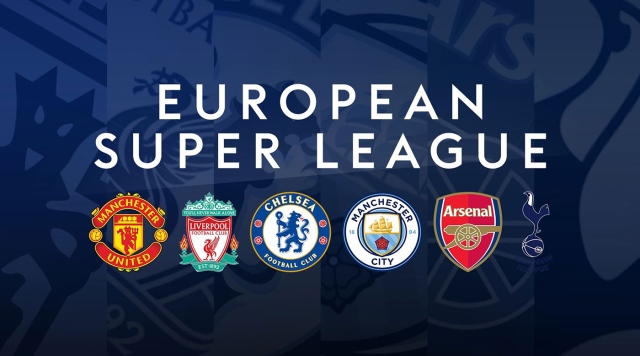 The founders of the European Super League announced Wednesday that they will “reconsider the most appropriate steps to restructure the project” of competition aimed at competing with the European Champions League in football, in the wake of a wave of withdrawals from founding clubs.

And the “Super League” organization announced, in a statement, which Agence France-Presse obtained a copy of, just two days after the launch of its initiative, that the six English clubs first got involved.

The Super League announced in an official statement at dawn today that they will reconsider the appropriate steps to reshape the project.

“We are convinced that the status quo of European football needs to change. We are proposing a new European competition because the current system is not working. Our proposal aims to allow sport to develop while providing resources and stability for the entire football pyramid, including assistance in overcoming difficulties,” the statement said. “It will also provide financially enhanced solidarity payments to all stakeholders in football despite the announcement of the departure of English clubs and compelling them to make such decisions.”

And he added: We are convinced that our proposal is fully in line with European laws and regulations, as is evident today, and given the current circumstances, we will reconsider the most appropriate steps to reshape the project, always keeping in mind our goals of providing the best possible experience to the masses while enhancing solidarity payments to the entire football community. .