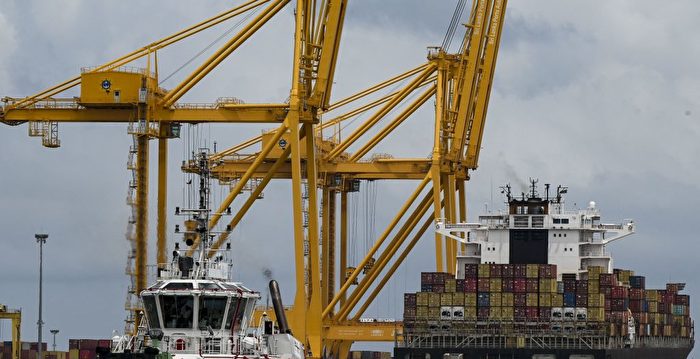 [The Epoch Times, January 11, 2022](The Epoch Times reporter Chang Chun interviewed and reported) Sri Lanka, known by the CCP as a key country in the “Belt and Road” initiative, is currently caught in an economic storm and is on the verge of bankruptcy. Whether the debt owed by Sri Lanka to China is repaid has attracted much attention.

Chinese Foreign Minister Wang Yi arrived in Sri Lanka on January 8. According to a statement released by the Sri Lankan Presidential Office, Sri Lankan President Gotabaya Rajapaksa and Wang Yi said: “Faced with the economic crisis caused by the new crown epidemic, if debt restructuring can be considered as a plan, it will greatly help Alleviate the plight of Sri Lanka”.

Listen to the news:

(For more information, please go to the “Listen Epoch” platform)

At present, the President of Sri Lanka hopes that the CCP will allow the debt restructuring and provide concessional loans to ease the current predicament.

Sri Lanka’s foreign exchange will bottom out, on the verge of bankruptcy, fear of insolvency

Zheng Xuguang, an economist based in the United States, said in an interview with The Epoch Times on the 10th that Sri Lanka is insolvent, “Now is the epidemic period, Sri Lanka is mainly based on tourism, so their president put forward this request to restructure the debt, China (the Chinese Communist Party) ) The government must accept that there is no way, he has no money to pay you back.”

Regarding the debt restructuring proposed by Sri Lanka, Zheng Xuguang believes that it is nothing more than extending the repayment period, lowering the interest rate, or borrowing new ones to pay off the old ones. up.”

Sri Lanka is facing a severe economic crisis. According to foreign reports, Sri Lanka will face the maturity of more than 7 billion US dollars of loans in 2022, and needs to repay 500 million US dollars in January alone.

Sri Lankan government data shows that as of April 2021, China accounted for 10% of Sri Lanka’s $35 billion foreign debt. If loans from state-owned enterprises and the central bank are added, Sri Lanka’s debt to China will be even higher.

Sri Lanka’s central bank data shows that the country owes China a total of about $3.38 billion in loans, not including the massive Chinese loans to its state-owned enterprises. China is currently Sri Lanka’s largest bilateral creditor.

At the end of November last year, Sri Lanka’s foreign exchange reserves were only US$1.5 billion.

“When there is a deficit in foreign exchange reserves, it means it is theoretically bankrupt,” said Savannathan, chief researcher at the Cape Pedro Development Institute in Sri Lanka.

Who will bear the loss if the CCP’s big coins go or not return?

The Associated Press reported that one of the reasons why Sri Lanka’s foreign exchange bottomed out was that projects including China’s (common) loan-aided construction did not generate sufficient income.

As for whether Sri Lanka will repay its arrears in a way similar to the Hambantota lease? Zheng Xuguang believes that it is difficult to say at present.

In 2017, due to insolvency, Sri Lanka sub-leased 15,000 acres of land in and around the strategic Hambantota port in the south to Beijing for a 99-year lease term.

Zheng Xuguang believes that the CCP is not the winner.

He said: “I will give you the right to operate the port, but if you give it to you, you will not get any money back. This is the so-called ‘white elephant project’, which means that it is useless and expensive, and it is a huge burden. others harm themselves.”

Wang He, a current political commentator in the United States, told The Epoch Times on the 10th that the CCP’s external expansion is mainly for political purposes.

Wang He said: “The CCP’s political accounts are not economic accounts, and it has ruined a lot of people’s fat and money. It (the CCP) is based on commercial loans, and if people cheat, or if they don’t recognize the debt, it will not bear the relevant responsibilities. “

Zheng Xuguang analyzed that China (in total) has invested more than 500 billion US dollars on the “Belt and Road”. “I think most of them may be meat buns and dogs.”

Economist Cheng Xiaonong once wrote that the CCP is now facing the dilemma of foreign exchange reserves. The CCP currently has nearly 2.7 trillion US dollars of foreign debt, which needs to be retained to repay the debt. At the same time, there are 3.4 trillion foreign direct investment, which will also need foreign exchange if they withdraw their capital.

Zheng Xuguang analyzed that as China’s economy continues to decline, the adverse consequences of the Belt and Road Initiative to China will become more and more obvious.

Wang He: The CCP is the biggest loser in the “One Belt, One Road” policy

The CCP’s “One Belt, One Road” development model relies on the Beijing authorities to lend money to some developing countries. These countries use the designated money to find Chinese companies to build infrastructure, and then divide it into decades to repay the debt.

According to a report released on September 29, 2020 by the AidData research laboratory of the College of William and Mary, the CCP has so far 13,427 projects in 165 countries worth $843 billion.

Wang He believes that the CCP is the biggest loser in promoting the “One Belt, One Road” policy of throwing money away, throwing out a lot of money, and without corresponding returns, the money will not come back. Second, there is no benefit for countries that borrow from the CCP. The host country has undertaken many projects. Due to the lack of economic feasibility, after the large-scale infrastructure is completed, there is no corresponding income to repay the debt, making the country into a debt crisis.

Wang He also said that with the change of the international situation, “because China’s economy is now unsustainable, the CCP’s ambitions are clearly seen by the whole world. If the CCP wants to expand internationally through the Belt and Road Initiative, I am afraid it will eventually fall into a quagmire. .”