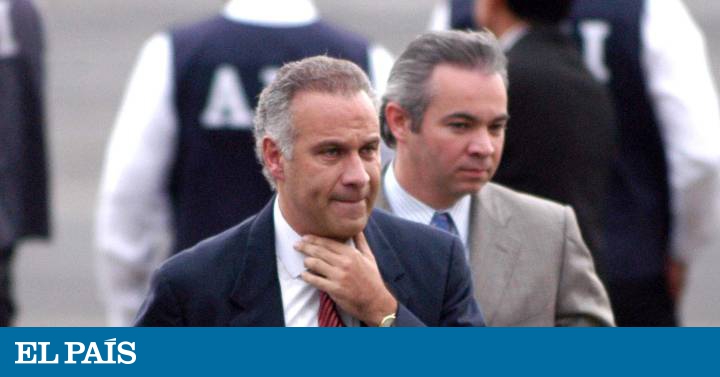 “Impossibility of knowing the real origin of the transferred funds”. The Andorran Financial Intelligence Unit (UIFAND) concludes its latest confidential report on the 120 million dollars (about 107.8 million euros) that Juan Ramón Collado, lawyer of the former President of Mexico Enrique Peña Nieto, moved in this European country, of the Institutional Revolutionary Party (PRI).

EL PAÍS has had access to this unpublished document dated in October 2018 that is incorporated into the investigations for money laundering and illicit association that have been carried out against Collado since 2016 in a court of the Pyrenean principality.

The report argues that a bank customer has to justify the origin of his funds. And Collado did not prove how he obtained the fortune that he placed in the Banca Privada d’Andorra (BPA) between 2006 and 2015 in 23 accounts, according to the agents. The small state remained until 2017, protected by bank secrecy. The researchers see signs of money laundering in Collado’s accounts, highlighting the “opacity” of his movements and the “zero” traceability of money.

After scrutinizing hundreds of incomes and transfers, the agents rebutted in a 244-page document the thesis Collado presented on his funds in July 2016, when he declared as investigated for an alleged crime of laundering before the Andorran judge Canòlic Mingorance. The lawyer then indicated that part of the capital he placed in the BPA came from the profits of a chain of pawnshops that his father founded in the 1990s. A business that, according to the magistrate, generated an interest income of 84 million dollars (about 75 million euros) in 14 years.

Andorran researchers refer to pawnshops as “a high-risk sector in the prevention of money laundering.” And they consider that the scheme that Peña Nieto’s lawyer in the Pyrenean principality wove was conceived to mislead the true beneficiary of the money.

EL PAÍS has tried unsuccessfully to obtain the Collado version.

The flow of funds of the lawyer circulated in Andorra by a shed of accounts in the name of four Dutch instrumental companies that were nourished by the Mexican exchange houses Tiber, ByB and trust companies, according to the report. Behind these mercantile companies hiding Dutch foundations (stinchting), a financial tool of maximum opacity.

The Andorran intelligence unit also relies on a work with the same conclusion from the consultant that audited the BPA accounts after its intervention, PricewaterhouseCoopers.

The lawyer is under investigation in this case that was provisionally filed in 2018 and reopened last August with the embargo of 76.5 million.

Agents question numerous payments, transactions, and transfers. They suspect an operation that allowed Collado to acquire shares in the Mexican company Libertad Servicios Financieros SA de CV after its acquisition in February 2015 from a person involved in the embezzlement scheme known as Banamex case. And they reproach that the companies that appeared as holders of their accounts in the BPA received funds from the mercantile Hinton SL. A company that, according to UIFAND, had an instrumental character. “These movements have no economic logic, they serve to create opacity,” the document appreciates.

The intelligence unit reproaches the lawyer for not justifying with documents the fertilizers he received in Andorra from the exchange offices. And he criticizes the fact that he received transfers from companies such as Team Faith International Limited, “linked to client compensation operations in Mexico.” Compensation is a system sometimes used for bleaching.

The agents highlight that one of the lawyer’s accounts received funds from a company linked to false operations, Distribuidora Comercial Franwis S.A. de CV.

According to UIFAND, “the high volume of loans” Collado requested can only be framed in a “money laundering” dynamic, since —according to this intelligence agency— it is not credible that a client with “such high” income requests Debit money to buy two planes. “[El abogado] she is requesting a loan of two million dollars and, later, she pays for herself by requesting other loans, despite the fact that she has high periodic income, ”the report indicates.

The fortune that the lawyer concealed in Andorra was frozen with the rest of the clients of the BPA in March 2015, when the bank was closed for alleged irregularities. Subsequently, the Andorran judge Mingorance seized the funds for an alleged crime of laundering. The case was provisionally filed after the Mexican Prosecutor’s Office, then under the Government of Peña Nieto, sent reports to the magistrate of the principality where he exonerated Collado and argued that the case had already been tried. Mexico’s response forced Andorra to provisionally file the case, since it cannot be convicted of money laundering without demonstrating the illegal origin of the money.

Collado’s arrest during the mandate of President Andrés Manuel López Obrador has facilitated the Andorran justice to reopen the case and the embargo of the funds of this lawyer known as the attorney for power for having piloted the defenses of powerful Mexican men, such as the Pemex unionist Carlos Romero Deschamps or a brother of former Mexican President Carlos Salinas de Gortari (1988-94).

Collado transferred 10.5 million from his Andorran accounts to a BBVA account in Madrid six days before his arrest.

Investigators from the Andorran Financial Intelligence Unit (UIFAND) have focused on a mysterious operation that allowed the family of lawyer Juan Ramón Collado to collect in the Pyrenean principality nine million dollars from a Hong Kong company. The flow of funds would have circulated under a scheme supposedly designed to launder capital. A mechanism designed to make it difficult to know the “real origin” of the money, according to a Andorran intelligence report from July 12, incorporated into the judicial investigations that investigate the lawyer in Andorra for money laundering and illicit association.

A cobweb of accounts in the Banca Privada d’Andorra (BPA) connected to the lawyer, his sister L. Collado, and her husband, M. Andrade, received between 2014 and 2015 nine million dollars from a company linked to the house Mexican currency exchange. The Hong Kong merchant Team Faith International Limited was the source of the transfers that fueled the circuit, according to the researchers.

Collado justified this money to the bank as his fees within the framework of alleged legal advisory services in commercial negotiations for which he invoiced $ 1,500 per hour and 5% of the total contracts captured. The UIFAND agents estimate, however, that the mechanics obeyed a money laundering scheme and suspect that the lawyer resorted to “companies created for the occasion”.

To support the thesis that the corporate web through which Collado’s money circulated was fictitious and was created ad hoc by the BPA, the investigators allude to an email of April 30, 2014. The bank worker Joan March Masson asks in the message to his collaborators to replace a person as representative of an account linked to Team Faith International Limited ” because it is in another society and can contaminate the circuit ”.

According to the agents, the purpose of the BPA employee throughout the process was “to give opacity and confidentiality to the funds.”