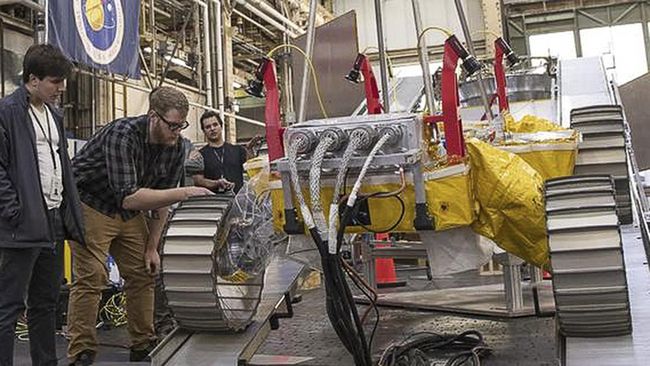 Experts have already revealed potential sources of water on the Moon. Namely, the effects of volcanic eruptions on the Moon millions of years ago that triggered water vapor that subsequently produced an ice surface.

“It’s possible that 5 or 10 meters below the surface, you’ll have a very large sheet of ice,” said Paul Hayne, an assistant professor in the Department of Astrophysics and Planetary Science (APS) and the Laboratory for Atmospheric and Physical Space (LASP). ) University of Colorado Boulder, cited in Phys.

NASA itself has long sought traces of water beyond Earth. VIPER was also deployed. The mobile robot will land at the South Pole of the Moon by the end of 2023, then will begin a search for ice and other potential resources on the Moon in a 100-day mission.

The information provided by Viper must include knowledge of the origin and distribution of water on the Moon and help determine how to harvest lunar resources for future human space exploration.

NASA will use the VIPER data collected to show where to find the most potential and most accessible moon ice.

The first map of the lunar resource will mark an important milestone for NASA’s Artemis mission, to establish a long-term presence on the lunar surface.

Thanks to recent missions such as satellites orbiting the Moon, some humans know that there is ice on the Moon’s pole. But to be able to use it one day, more research is needed.

VIPER will explore the Moon with three of its instruments, including a one-meter drilling, to detect and analyze various lunar ground environments at various depths and temperatures.

The rover will enter permanent shady craters, some of the coldest places in the solar system, where ice reserves have persisted for billions of years. NASA.

The VIPER instrument will also conduct important scientific measures, including determining the distribution, physical state and composition of ice deposits to understand lunar polar water sources, providing insight into the distribution and origin of water and other volatiles in the solar system.

During its trip to the Moon, the VIPER will survive dynamic lighting conditions and complex terrain. Here are the specifications of VIPER, the seeker of water on the Moon: