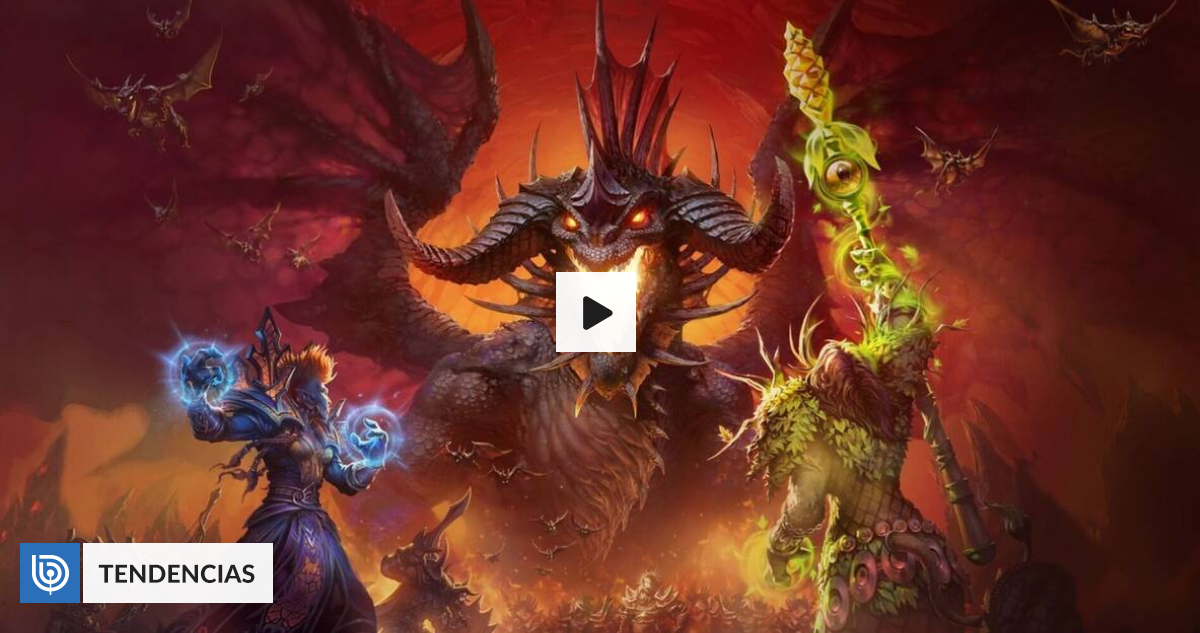 Blizzard Entertainment announced the launch of the next WoW expansion, which will take place via streaming on Tuesday, April 19 on the YouTube and Twitch platforms at 12 PM Chile time. Also, fans of the game have already found out what the name will be: Dragonflight.

Blizzard Entertainment announced the date for the release of the World of Warcraft (WoW) next expansionwhich will take place on Tuesday, April 19 via streaming at 12:00 p.m. in Chile.

The purchase will be available as soon as the streaming ends and the fans have already leaked what its name will be.

The new expansion of the acclaimed role-playing game has been generating expectations for a couple of weeks when its possible cover was leaked. From there the name: Dragonflight.

This leak arose from some references that fans discovered in the Blizzard official website. Although the official information will be known next week, it is not the first time that fans have discovered the updates on their own.

The speculations also have to do with a series of clues that Blizzard dropped in previous updates. Some skins (game characters), variations in the prices of purchases within the game and a new, but not yet available, web page named dragonflight.blizzard.com were the origin of the discovery that is yet to be confirmed.

Where can you watch the World of Warcraft event?

The event via streaming will be broadcast on the official WoW profile on Yotube: WorldofWarcraft and on Twitch: Warcraft, where Blizzard will show the new updates, their characters and other novelties of the saga that It has not stopped growing since its launch in 2004.

The latest update was the final chapter of the Shadowlands expansion, with content and features that sent the heroes of Azeroth encountering the greatest mysteries of the Warcraft universe. Released on March 15, it kept fans busy who were already looking forward to this new stage.

The developer company also released a roadmap for the upcoming updates of the year. “We’re excited to show you what we’ve been working on and where your next adventures in Azeroth will be headed,” the statement said.

A quantum computing company that simulates the adoption of cryptocurrency payments