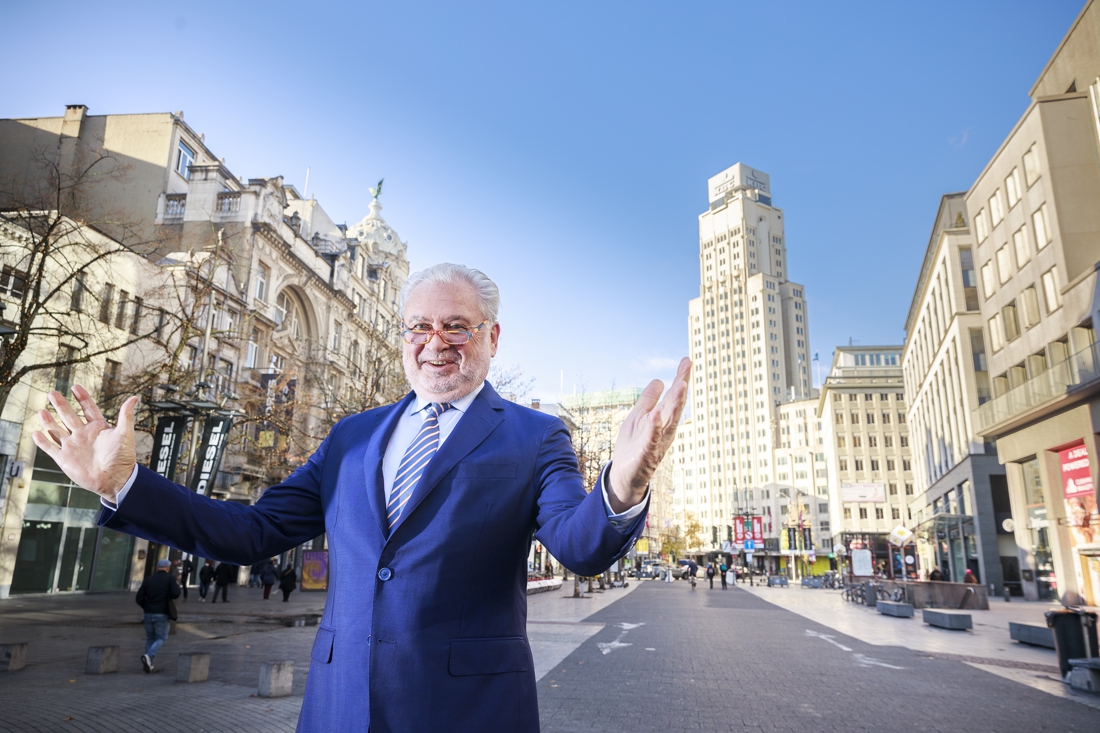 In Antwerp, KBC and the Katoen Natie Group have signed the sale agreement for the KBC Boerentoren. Katoen Natie CEO Fernand Huts wants to house the art collection of his Phoebus Foundation in the building and make it a magnet like the Getty Museum in Los Angeles.

It had been known for some time that KBC would sell the Boerentoren to Katoen Natie after 91 years, but now it has officially arrived. The building will still have to be cleaned up over the next three years – partly because of the presence of asbestos – before Huts can have it transformed into the home of The Phoebus Foundation. ‘It will be hard work, quite a challenge, and it will cost a lot of money – I don’t know how much yet,’ says Huts. “But today is a great and emotional day for me. The Boerentoren is a real monument, an icon and a landmark.’

At least eight floors will be set up as a museum and above that will be a catering facility with a view of the wider area. ‘Everyone wins with this story’, says Huts. ‘The KBC logo will be retained, the rich collection of The Phoebus Foundation will be housed there, project developer ION can realize its international ambition and Katoen Natie/Indaver views this project as pure philanthropy, but will have immaterial added value. But the main winner is the Antwerp native, who gets his tower back.’

Antwerp mayor Bart De Wever (N-VA) said on Sunday that he “doesn’t respect a man more” than Fernand Huts and that his “stoutest expectations were exceeded” when it became known that Huts would buy the Boerentoren. ‘But I still have the largest tower’, De Wever winked, referring to the tower of the Cathedral of Our Lady, which is owned by the city.