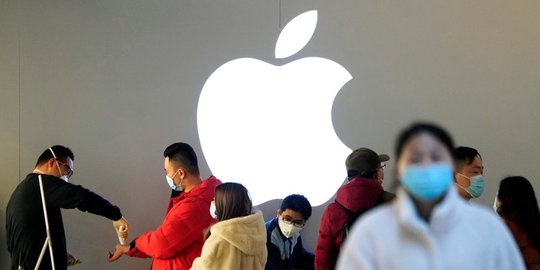 Reported by The Information, Wednesday (30/6), that number increased by 50 percent from the whole in 2020. Of course, Apple is one of the largest consumers of Google Cloud. Far compared to Spotify.

However, Google staff even gave a special name for Apple as Bigfoot. It refers to a service that Apple leases from Google’s servers.

Keep in mind, Apple relies on a combination of its own data centers and third-party cloud storage services, such as Google Cloud and Amazon Web Services, to store iCloud user data such as photos and messages.

Apple does not provide third-party cloud storage providers with keys to decrypt user data stored on their servers, ensuring a strong level of security.

The report speculates that Apple’s increased use of Google Cloud indicates that the company’s cloud storage needs are increasing.

That is, it has gone beyond its ability to develop and operate its own data center required to handle the resulting data.