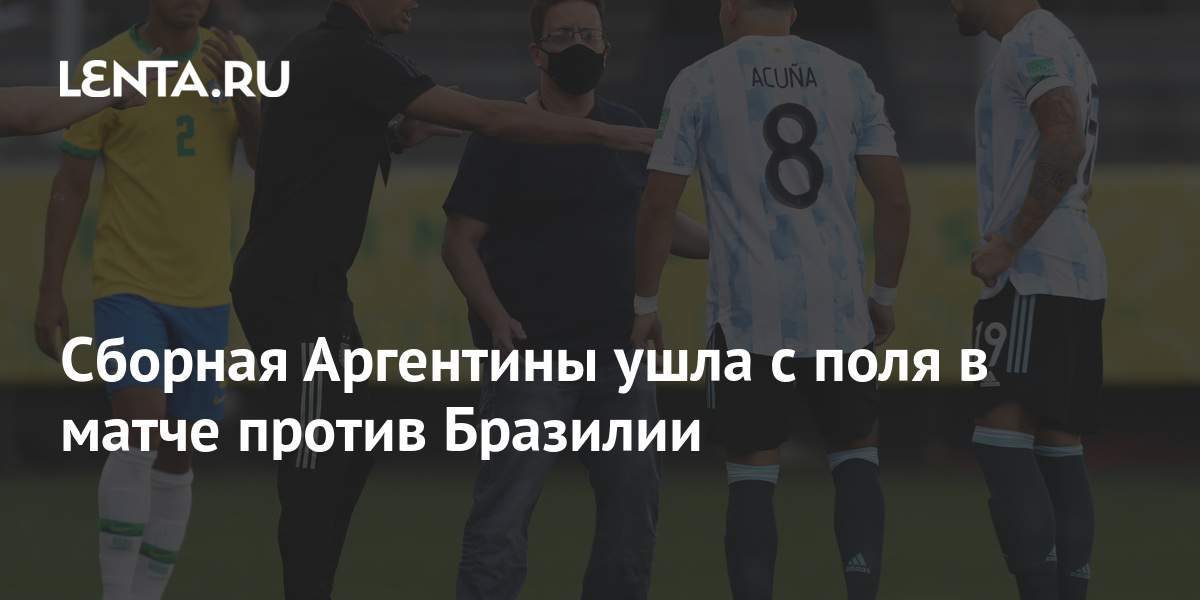 Argentina left the field in a 2022 World Cup qualifier against Brazil. The broadcast is available on the Match TV website.

The meeting was suspended in the tenth minute after a scuffle between Argentine players and members of the opponent’s coaching staff. Argentine defender Nicolas Otamendi pushed one of the Brazilians aside, as a result of which the Argentine national team decided to leave the field. At the time of the suspension, the score in the meeting was 0: 0.

According to Reuters, the meeting was interrupted due to a violation of the coronavirus protocol. The Brazilian side said that four Argentine players from the English Premier League (Premier League) – Emiliano Martinez, Emiliano Buendía, Giovanni Lo Celso and Christian Romero – have not been quarantined and cannot take part in the meeting.