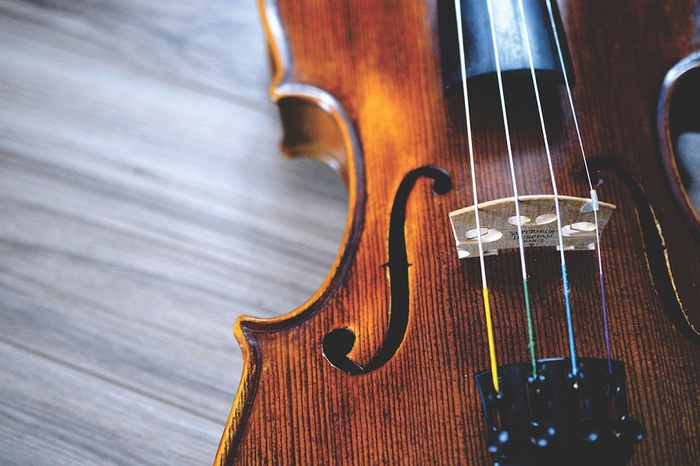 Artificial intelligence can predict what sound a piece of wood will make when transformed into a violin board, indicating the shape that will allow it to make the best sound: a breakthrough for luthiers, who will be able to do better than the ‘great masters’ by exploring new materials and designs to design the violins of the future. This is demonstrated by a study published in Scientific Reports by researchers from the Musical Acoustics Lab of the Politecnico di Milano. 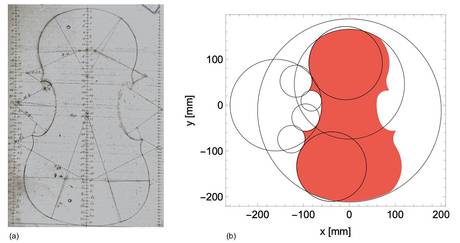 The study was inspired by a historical drawing from Enrico Ceruti’s workshop (source: Politecnico di Milano)

In this work, funded by the Cultural District of Violin Making of Cremona, the Chilean physicist and luthier Sebastian Gonzalez (postdoc) and the professional mandolinist Davide Salvi (PhD student) show how a very simple neural network is able to predict the vibratory behavior of violin starting from a limited number of geometric and mechanical parameters of the table itself. The inspiration came from a historical drawing that is part of the collection of the Cremona Violin Museum.

On the left the profile of a historical violin (© 2008 Stoel, Borman), on the right three examples of dataset tables (source: Politecnico di Milano)

In particular, a model was developed that draws the external shape of the violin top as the conjunction of arches of nine circles. Thanks to this and an efficient model of curvature (based on Stradivari’s ‘Messia’ violin), the researchers were able to design a violin table with only 35 parameters, such as radius, position of the center of the circumferences, camber, thickness and mechanical characteristics of wood. By varying these parameters in a causal way, a data archive (dataset) was constructed on the computer, which includes forms of historical violins as well as forms never used in violin making. These forms of tables constitute the input of the neural network. Advanced vibratory modeling tools were then used to determine the acoustic behavior of each violin in the dataset. The next step was to understand if a simple neural network was able to predict acoustic behavior starting from the parameters of the table. The response was positive and went well beyond expectations, with an accuracy close to 98%.