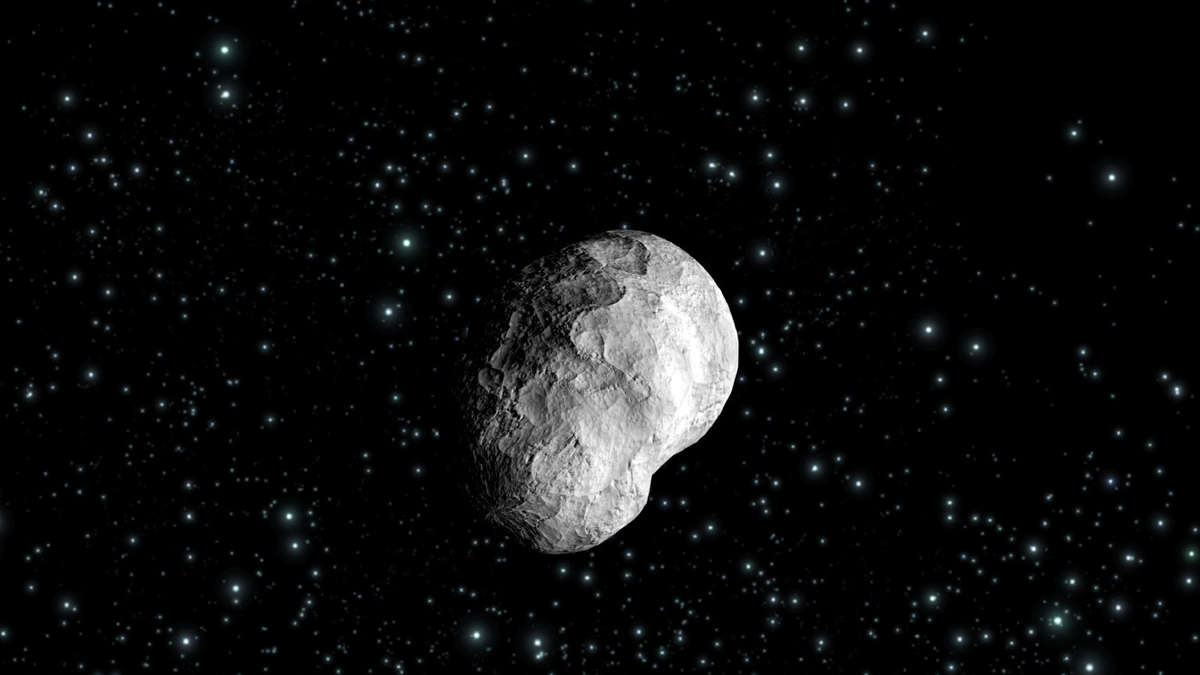 Not much is known about Asteroid 2022 AE1 – only two possible collision dates. After his discovery, he moved to the top of the list of risks at NASA and ESA.

Frankfurt – about 70 meters in diameter, only known for a few days – has jumped to number one on NASA and its European partner, ESA’s “risk list”: the asteroid that bears the name 2022 AE1. Discovered on January 6, 2022 by the Mount Lemmon Survey, a system that automatically searches for potentially dangerous near-Earth objects and asteroids.

Because the asteroid has only been known for such a short time, its orbit is not completely clear. However, because the asteroid is currently number one on the Risk List, it stands and is therefore considered more dangerous than the asteroid Bennu, and is now being closely monitored to collect more data. If there were other observations, the asteroid could quickly lose its peak position or be removed from the danger list altogether. Currently, however, the small amount of data known about the asteroid has been used to calculate two dates when the asteroid was so close to Earth that its impact cannot be completely ruled out.

For an asteroid impact on July 4, 2023, NASA gave a 0.036 percent probability, and the European Space Agency came up with a 0.15 percent probability. For the impact on 3 July 2028, the odds presented are even lower. The asteroid is about 70 meters across, slightly larger than the asteroid said to have caused the so-called Tunguska event in 1908 – the massive explosion in Siberia.

There is another asteroid on NASA and ESA’s risk lists that has a higher probability of impact than the recently discovered asteroid 2022 AE1 or larger than this celestial body. However, the list is ordered according to the so-called Palermo Scale – it also includes when a potential impact occurs and how much time remains until then. While it’s only a year and a half in 2022 AE1, the earliest possible date for the impact of the asteroid Bennu – which is about 490 meters high – is in 2178.

The second metric that ranks the risk of an asteroid collision is that of the Turin Scale. This scale ranges from 0 (“probability of collision is zero”) to 10 (“collision is possible and capable of causing a global climate catastrophe that threatens the future of civilization”), asteroid 2022 AE1 of the NASA constellation at Level 1. This category is described by NASA as follows. :

Routine discoveries that predict near-Earth flights do not present any unusual risks. Recent calculations have shown that the likelihood of a collision is extremely remote, without causing any concern or concern to the public. The new observations make it possible to classify the asteroid as level 0.

The same thing happened to the asteroid Apophis (99942), so famous that it was named after the Egyptian god of chaos. An asteroid with a diameter of about 350 meters has long been on the high risk list, and there are possible impacts calculated in 2029, 2036 and 2068, among others. Meanwhile, the impact had been ruled out for three years and much later, the asteroid Apophis was removed from the risk register after nearly 17 years. However, the research remains interesting: on April 13, 2029, the asteroid Apophis will approach Earth at a distance of 31,000 km and will become a worthy object of research.

How do you interact with dangerous asteroids? NASA wants to test it in space

But how would humans react if a dangerous asteroid hit Earth one day? In 2021, NASA embarked on a mission to test a theoretical reaction in practice: the space probe “DART” had hit a double asteroid, which should have pushed a small asteroid out of orbit around a larger asteroid in the fall of 2022. Data from this test will help determine what is known as planetary defense on Earth.

In addition, the space probe “Osiris-Rex” is on its way back from the asteroid Bennu. There, samples of rock are collected, which are expected to return to Earth in the fall of 2023, and then the researchers will examine them. The probe had another important task: it was supposed to measure the so-called “Jarkowski effect” on asteroids, the inconsistent surface heating effect of asteroids in their orbits. This is one of the largest unknowns when it comes to calculating the future path of the asteroid Bennu.

Subscribe to the free FR newsletter and stay updated with the latest events from astronomy and space travel.

The path of asteroid 1994 PC1, which has a diameter of about one kilometer and will approach Earth on January 18, 2022, is more precisely known. It’s one of those “potentially dangerous” asteroids – but that doesn’t automatically mean it’s a threat. All asteroids that, due to their orbits, can approach Earth at a distance of 7.5 million km or less and have a diameter of at least 150 meters, are automatically classified in the “Potentially Hazardous” category. Background: Asteroids with a height of more than 150 meters can cause significant damage to the area if they collide. The newly discovered asteroid 2022 AE1 doesn’t fall into this category – it’s too small for that. (tab)