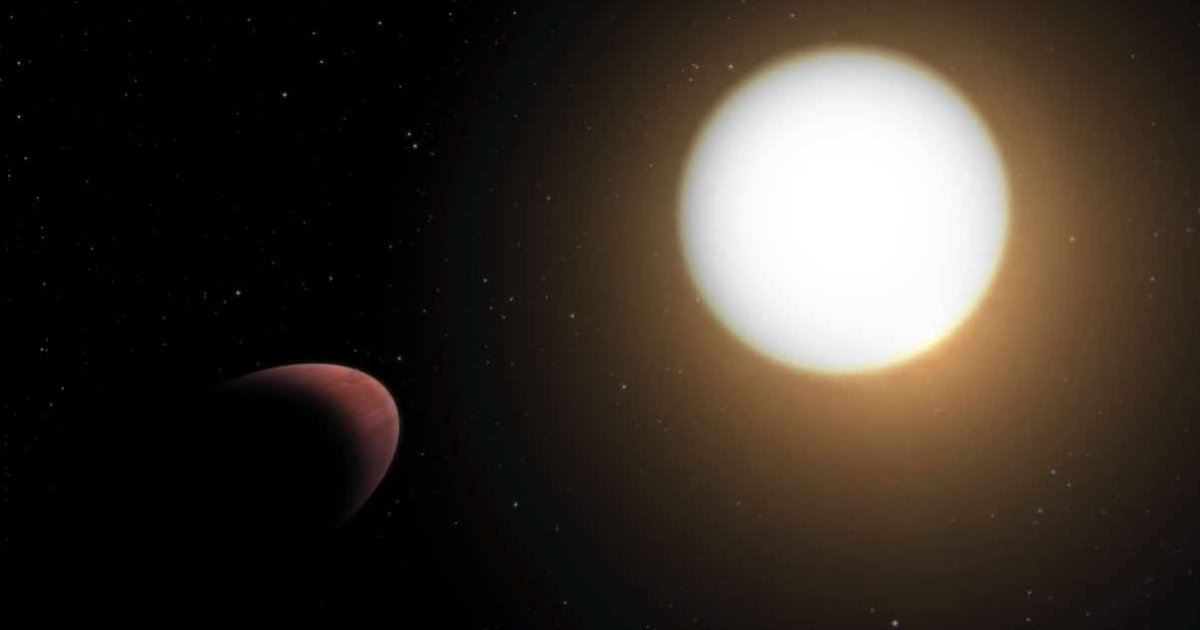 According to scientists, one of the possible explanations for this phenomenon is powerful tidal forces, but this assumption has its own nuances.

Due to the natural force of attraction, each planet has a round shape. However, astronomers have found a planet that violates this rule, writes Screen Rant.

Be always up to date with the Fast Focus telegram channel.

The exoplanet in question is known as WASP-103b. It is located in the constellation Hercules and is a more dangerous version of Jupiter. In structure, it is very similar to Jupiter, and also has 1.5 times the mass, 2 times the radius and 20 times the temperature.

And everything would be fine if it were not for the rather strange shape of the planet. In other words, it is deformed.

While each planet has unique characteristics, they usually all have one thing in common: their round shape. Gravitational fields arise at the center of the planet and cause nearby materials to be attracted to it, resulting in the circular shape that we associate with all planets. But in the case of WASP-103b, the situation is somewhat different.

This planet looks like an elongated oval (not unlike a rugby ball). According to scientists, one of the possible explanations for this phenomenon is powerful tidal forces. On Earth, tides are regularly observed in the oceans, largely due to the Moon. The Sun also has its own tidal force, but it is so far away from the Earth that the effect is barely noticeable.

With WASP-103b, the opposite situation occurs. Due to its dense mass and extremely close proximity to the parent star (the planet orbits the star in less than a day), astronomers believe that the intense tides from the star are gradually stretching the planet, giving it such an unusual shape.

But there is one problem with this hypothesis. The nature of this star and WASP-103b suggests that the planet’s orbital period should be accelerating, causing it to gradually move closer to the star, eventually causing the planet to be swallowed up by the star. However, instead, WASP-103b has a longer orbital period and is moving further and further away from its star.

In other words, the reason for the strange shape may not be in the tides, but in something else, in what scientists do not yet know. However, they are not going to stop and will conduct new research for a more detailed study of the planet.

Astronomers also hope that future missions with the ESA Cheops satellite will provide more information about WASP-103b, as does the recently launched James Webb Space Telescope.

Recall that earlier astronomers found the exoplanet TOI-2257 b, which has a rather unusual orbit and revolves around a star colder than our Sun. Given its close distance from its parent star, it is in the habitable zone and could be home to life.

[Badminton]7 Indian badminton players tested positive for the second round

CNB Vice-Governor: Inflation can be as high as 10%. The koruna will continue to strengthen