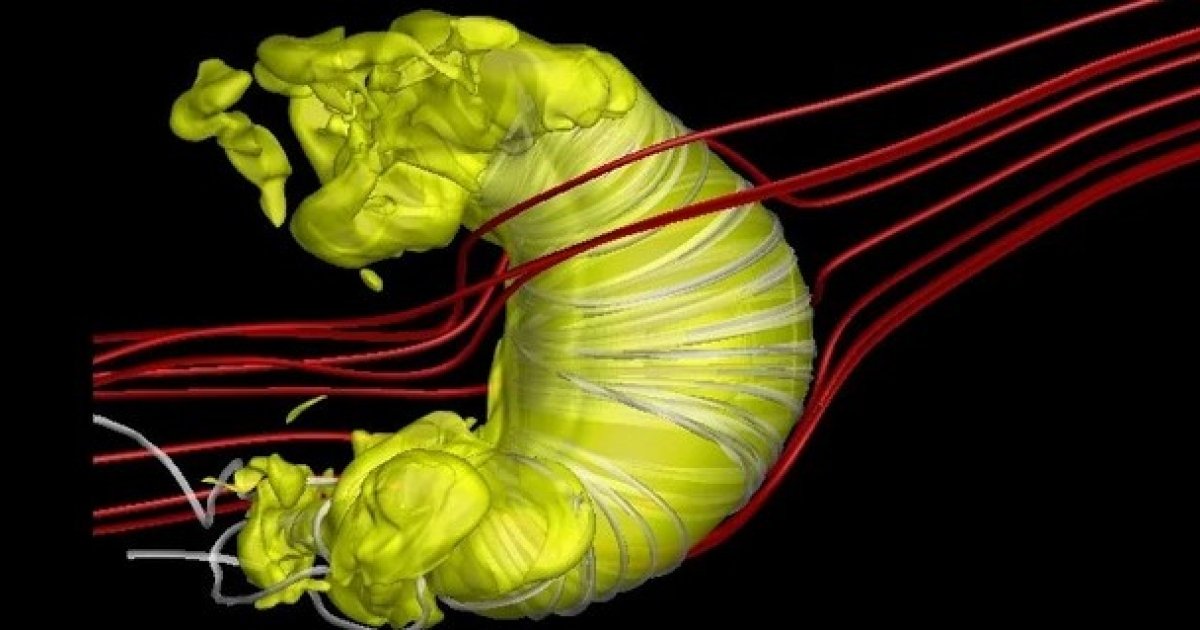 Scientists have learned that the heliosphere can take the form of a strange space crucian, and have also figured out exactly how this happens.

The heliosphere is a huge “bubble” created by the solar wind that protects all objects in the solar system from cosmic radiation. Thanks to data from three spacecraft, Voyager 1, Voyager 2 and New Horizons, which have visited the edge of the solar system, and the first two even crossed it, scientists were able to learn that the heliosphere can be in the shape of a croissant. As a result of a new study, astronomers have learned how this happens. Neutral hydrogen particles that are channeled into the solar system from interstellar space are likely to play a key role in shaping the heliosphere, ScienceAlert reports.

“The shape of the bubble created by the sun can influence how cosmic rays enter the heliosphere,” says James Drake of the University of Maryland.

Astronomers decided to study heliospheric jets – these are jets of matter that emanate from the Sun, which were formed as a result of the interaction of the magnetic field of our star and the interstellar magnetic field. But instead of going straight, they bend, under the influence of the interstellar flow, like the edges of a croissant. These are the tails of the solar system.

“But these jets, like the heliosphere, seem to be unstable, and we wanted to know why,” says Merav Ofer of Boston University.

Hydrogen atoms and their influence

Scientists have created a computer model, in which special attention was paid to uncharged neutral hydrogen atoms that pass through the universe and affect the heliosphere. After excluding hydrogen atoms from the simulation, the jets emanating from the Sun immediately became stable, but when they were there, the heliospheric jets began to bend.

According to scientists, this happens as a result of the interaction of neutral hydrogen with ionized matter in the heliolayer – the outer region of the heliosphere. This interaction creates the Rayleigh-Taylor instability, which occurs at the interface of two fluids with different densities, when a lighter fluid enters a heavier one. This causes tremendous turbulence in the tails of the heliosphere.

We remind you that astronomers told what the edge of the solar system looks like, and earlier they were the first to map the border of the heliosphere.

Arab Cup 2021.. the final standings for the teams and the date of the quarter-final matches