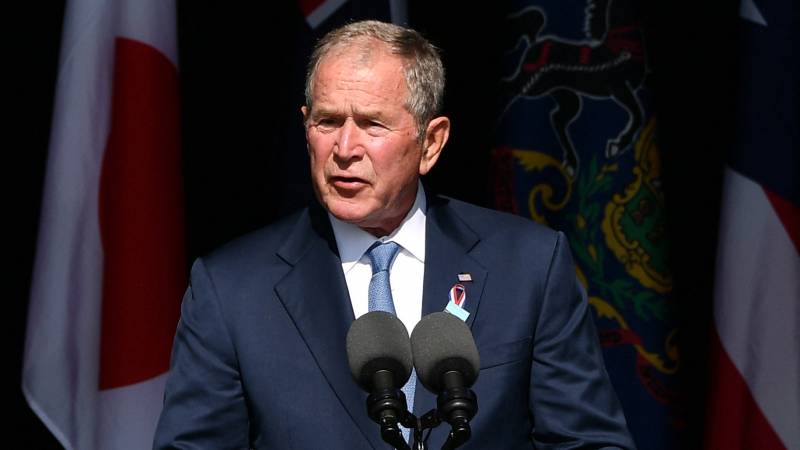 Former US President George W. Bush has escaped assassination attempt. That would appear in a March FBI search warrant, which went public for a short time this week and which the American media is writing about. The FBI has accused an Iraqi resident of Ohio, Shihab Ahmed Shihab Shihab, of plotting to kill Bush by IS fighters.

The Iraqi, who has been living in Columbus since 2020 pending the assessment of his asylum application, is said to have wanted to kill Bush as revenge for the many Iraqi deaths caused by the U.S. invasion of Iraq (2003). The FBI discovered his plans with the help of two informants and by monitoring the behavior of WhatsApp Shihab.

Shihab said he asked an informant if he could help him with fake police badges. He also said he wondered how he could smuggle four IS fighters from Iraq, Turkey, Egypt and Denmark into the country to carry out the attack on Bush. Two of them were former spies, according to the FBI. His intention was to bring them into the United States via Mexico.

House of Bush filmed it

The warrant also says Shihab went to Dallas with one of the informants. He was reportedly there to film Bush’s residence and presidential library on Southern Methodist University campus.

He also told the FBI informant that he wanted to take an active part in the Bush assassination. According to the warrant, he did not care if he died in the assassination attempt, because he would be proud of his involvement. He would also claim that he personally knew the former leader of IS Baghdadi.

A spokesman for Bush said the former president was not particularly impressed by the threat. President Bush has full confidence in the world in the United States Secret service and the police and intelligence agencies. “

NBC News reported that Shihab had been arrested and detained in the United States. The FBI is considering accusing him of threatening a former president, providing material support to IS terrorist groups and committing visa fraud.

Uber has also made an agreement with taxi drivers in Italy

“I haven’t received a water bill from Vivaqua since January”: Brussels inter-municipal company is experiencing failure, customers are afraid of their bills …