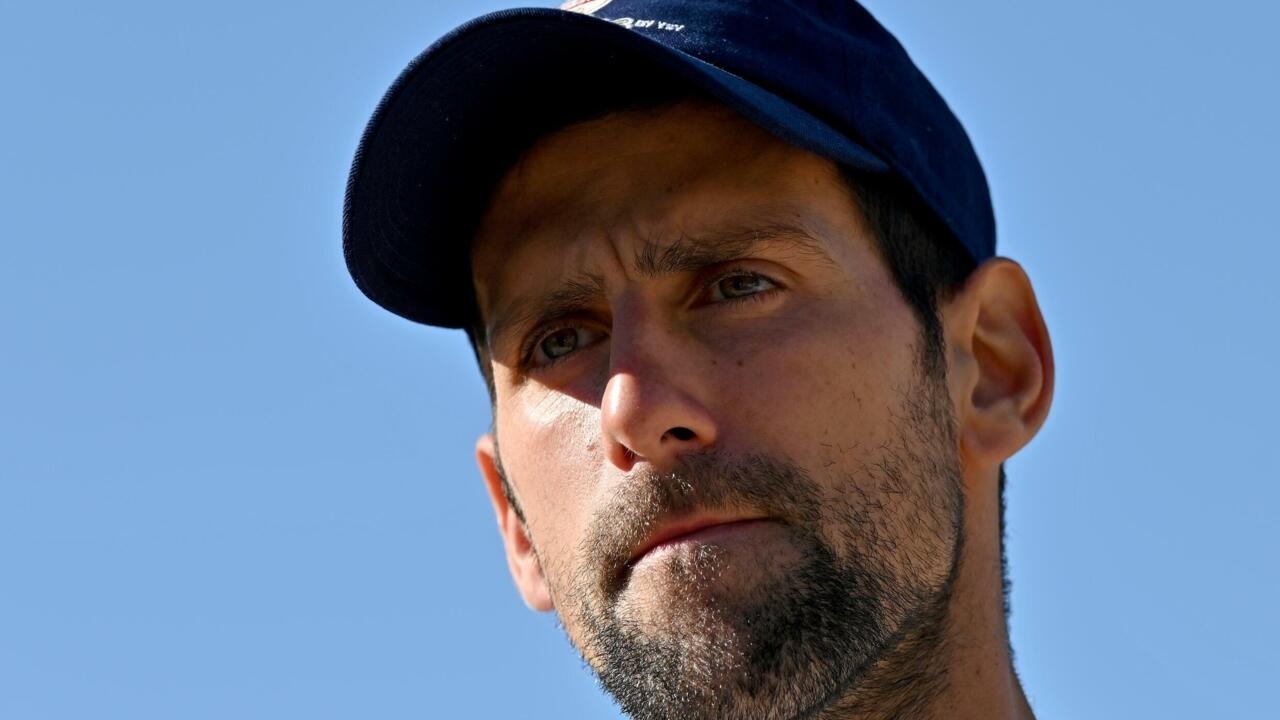 The country’s authorities denied entry to the number one in world tennis, who has publicly rejected vaccines against Covid-19. After hours detained at the airport, his visa was cancelled. ‘Nole’ could be left out of the Australian Open, to which he went in search of his 21st Grand Slam victory.

A hard setback for who is considered the best tennis player in the world, and also for his fans. The Government of Australia confirmed on Wednesday, January 5, that it had revoked the tennis player’s visa, who arrived in the country with a medical exemption that in principle would have allowed him to play in the Australian Open without being vaccinated.

But that exemption did not cover him from the strict entry measures to the oceanic country, which also require vaccination of anyone who wants to enter and who has not explicitly requested – and been granted – a medical exemption for having overcome the coronavirus less than six months or have had adverse reactions to vaccines.

The Australian Border Force reported that the tennis player had not provided “adequate evidence to meet the requirements for entry into the country” and thus the tennis idol was stranded at Melbourne’s Tullamarine airport after flying 14 hours from Dubai.

Djokovic was taken to a surveillance room and later informed that his visa had been canceled and that he would be expelled from the country on Thursday. “Non-citizens who do not have a valid visa on entry or whose visa has been cancelled, will be detained and removed from Australia,” the Australian Border Force letter stated.

The top-ranked tournament player and 20-time Grand Slam winner has repeatedly opposed vaccination and refuses to indicate whether he is already vaccinated. Since the start of the pandemic, the tennis player has been involved in various scandals, including the Adria Tour, a tournament he organized in 2020 despite the fact that it violated all health regulations against the pandemic.

News of his impending deportation has caused a stir from Melbourne to Belgrade.

The Serbian president, Aleksandar Vucic, rejected the situation of his countryman and even classified the treatment received by the tennis player as “harassment”. According to Serbian media, Vucic called the Australian ambassador in Belgrade and demanded that Djokovic be immediately released so he could compete.

“Just finished my phone conversation with Novak Djokovic,” Vucic posted on Instagram. “I told our Novak that the whole of Serbia is with him and that our (diplomatic) bodies are doing everything possible so that the harassment of the best tennis player in the world is put to an end immediately,” he added.

But Australian Prime Minister Scott Morrison said “rules are rules” and the athlete would be no exception.

“If the elements (to prove his exemption) are not sufficient, then he will not be treated differently from another and will be on the next plane to take him home. There should be no exception rules for Novak Djokovic. None of any kind.” Morrison assured the press.

Tense moments for Australia, Djokovic would appeal the decision

And it is that the situation in Australia and in the state of Victoria, which is home to the city of Melbourne, is once again experiencing moments of tension due to the pandemic. The city, where the Open is to be held from January 17, is witnessing a record outbreak of infections due to the Omicron variant and the weariness of a population that has been the one that has been confined the longest throughout the health emergency .

Amid widespread discontent among the Australian population, which has faced some of the strictest anti-Covid policies in the world, the Australian tennis federation and the authorities were quick to ensure that Djokovic “has not received preferential treatment” whatsoever.

Meanwhile, the tennis player’s lawyers are studying how to appeal the decision of the Australian authorities.

Djokovic is a nine-time Australian Open winner, triple defending champion and, if he wins the tournament, would become the first champion to win 21 Grand Slam tournaments, with one more title than the legendary Roger Federer and Rafael Nadal.

With Reuters, AP and EFE