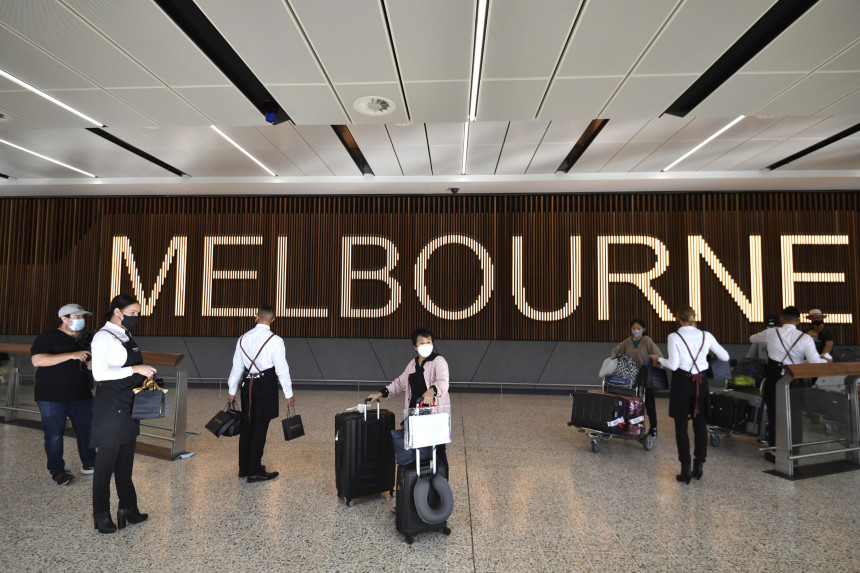 Australia, which has had some of the world’s toughest travel restrictions for almost two years to reduce the spread of Covid-19, opened its borders to coronavirus-vaccinated tourists on Monday.

All foreigners arriving in Australia must have completed a course of vaccination against Covid-19, and the state of Western Australia, which occupies a third of the island’s territory, has until March 3 to open its borders to international tourists.

Australia closed its borders in March 2020 in an attempt to stem the rise in Covid-19 infections, and since then, with rare exceptions, only citizens and residents have been able to enter the country.

The ban also meant that people from Australia could not go abroad without exception.

On Monday, the country’s largest international airports in Sydney and Melbourne saw emotional scenes as family and friends reunited after a long hiatus.

The first to arrive at Sydney Airport was the flight of the Australian national airline Qantas from Los Angeles, followed by planes from Tokyo, Vancouver and Singapore.

The national airline estimates that more than 14,000 passengers will arrive in Australia this week.

Australian Minister of Trade, Tourism and Investment Dan Tehan was also arriving at the Sydney airport, dressed in a “Welcome Back” shirt, and expressed confidence that the recovery of the tourism sector after the pandemic would be strong.

The government has invested 40 million Australian dollars (25 million euros) in an advertising campaign to attract foreign tourists, but in the first 24 hours after the border opens, only 56 international flights are expected to arrive in the country, much less than the day before the pandemic.

The Australian Chamber of Commerce estimates that closing the border cost the country’s businesses $ 3.6 billion (€ 2.3 billion) a month.

Philippe Harrison, executive director of the government’s tourism agency, predicted that the number of tourists in Australia would return to pre-pandemic levels within two years.

The next Volkswagen Amarok will be tougher: digital projections