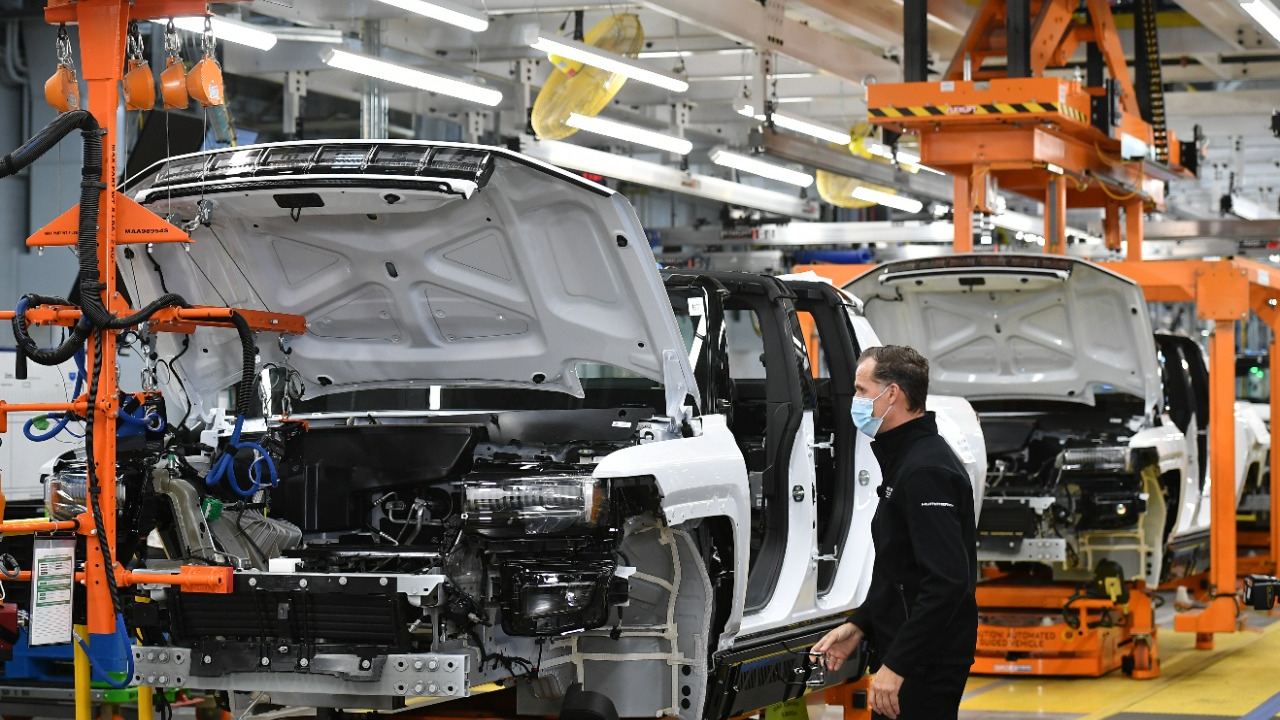 U.S. automaker Ford has returned to positive territory in 2021, helped by the success of start-up Rivian and higher prices, but continues to face a disrupted supply chain and its results have disappointed Wall Street.

Much of that profit relates to an $8.2 billion book gain from its investment in start-up Rivian and other one-time items Ford had previously announced.

The increase in the selling price of its vehicles also allowed it to compensate for the drop in production and the higher costs of raw materials.

Its turnover increased by 7% to 136.3 billion dollars, thus exceeding that of its competitor General Motors.

The adjusted profit before interest and taxes of the group was displayed at 10 billion, which is at the bottom of the range of the group’s forecasts.

In the fourth quarter alone, the manufacturer saw its turnover increase by 5% to 37.7 billion dollars, a little below expectations.

Boosted by Rivian’s gain, its net profit jumped to $12.3 billion.

But its reported earnings per share excluding exceptional items, the preferred measure on Wall Street, came in at 26 cents, a far cry from the 45 cents expected by analysts.

The title of the company fell by more than 4% in electronic trading on Wall Street.

The lack of availability of semiconductors in particular, elements that have become essential in the manufacture of cars, “led to a loss before interest and taxes in the quarter in Europe”, underlined the group.

Ford has tried to minimize the impact by allocating the available chips “to the most in-demand new vehicles, like the Bronco SUV and the Maverick small pickup, to the particularly profitable models of the F-Series pickups and (vans) Transit , and customer orders,” said CFO John Lawler.

Ford, which calls itself “optimistic” for the current year, anticipates that its earnings before interest and taxes will reach between 11.5 and 12.5 billion in 2022.

“We expect supply constraints to remain fluid, with a range of factors ranging from semiconductors to Covid,” John Lawler said in a conference call.

The group expects its deliveries to increase by 10% to 15% over the year as a whole, but decline in the first quarter due in particular to the wave of contamination linked to the Omicron variant and its repercussions on its suppliers. -he adds.

The group has also planned an additional cost linked to the price of raw materials of 1.5 to 2 billion dollars.

At the same time, the company is relying heavily on its rise in the electric vehicle segment.

Law against sexism: conviction of Redouane Ahrouch, the founder of the Islam party