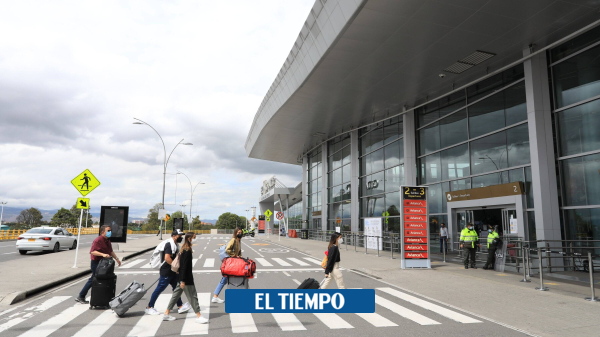 Travelers in Colombia and the rest of Latin America will be able to fly again and directly to London, capital of the United Kingdom, after the company Avianca announced the reactivation of its Bogotá – London route, which will operate with 14 weekly flights, or that allows it to offer more than 3,500 seats a week between the two cities. With the restart of this route, Avianca ratifies its leadership in the Colombia-Europe market with the operation of 5 routes and 84 flights a week that connect with Spain and the United Kingdom, the airline reported.

(Also read: This is the salary you should receive according to the company and the sector)

The first of these flights (AV120) took off this weekend for London Heathrow Airport.

“This key route for connectivity between Colombia and the United Kingdom was first inaugurated in 2014 and now it returns to connect travelers between the two cities… It will be operated in the Boeing 787 Dreamliner fleet that with its business class offers Avianca customers a unique experience,” the company said.

(You may also be interested in: Use of cash yields to electronic means of payment)

He added that passengers will be able to travel directly to London and from there connect to the interior of the United Kingdom through trains, buses and air operators, as well as with more than 50 destinations in Europe, Africa and Asia thanks to the more than 15 alliances that the company has with other airlines in the world.

At the same time, Travelers from Europe will be able to reach Bogotá, the main connectivity hub in Latin America, and from there connect through Avianca with more than 65 destinations in the most complete network in Colombia and one of the largest in Latin America.

“We are very proud to directly connect Latin America with the United Kingdom with this reactivation, and also to increase our presence between Colombia and Europe as of March with 84 flights, thanks to the operation of 5 routes: Bogotá-London , Bogotá-Madrid, Bogotá-Barcelona, ​​Cali-Madrid and Medellín-Madrid”, Ana María Copete, Avianca’s Sales Director for Colombia, who also maintained that “when we defined our new Avianca business vision for everyone, we decided to maintain long-haul connectivity because we are sure that it is an attribute that generates value for our customers. This route will help more travelers fly non-stop at competitive prices.”

With the reactivation of four routes, as well as the inauguration of 8 new ones in Colombia and Costa Rica, Avianca offers its customers a network of 129 routes that connect to more than 65 destinations in more than 3,800 weekly flights and with more than 610,000 seats at week.

“A Memoir Blue”: a moving play-poem on the relationship between a mother and her daughter