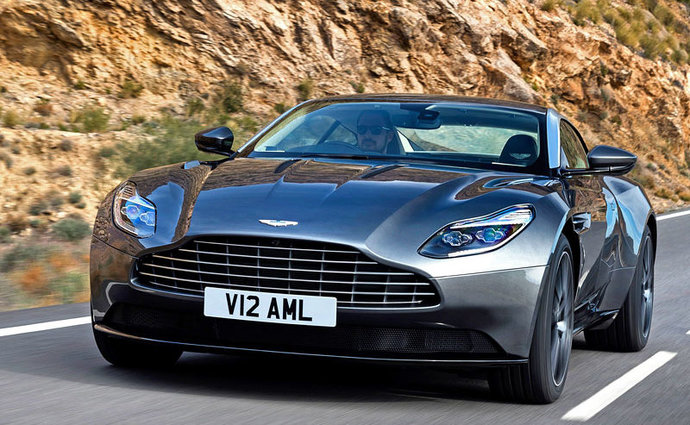 The Aston Martin DB11 is an elegant gran turismo available with an eight-cylinder or twelve-cylinder engine. The successor gets a completely different unit, electric.

Electric drive is also increasingly expanding into the field of sports and super sports cars. Renowned brands such as Ferrari, Maserati and Lamborghini already count on the sports electric car. Now the British Aston Martin is joining them.

He emphasizes that Aston is preparing an electric car, which will be a replacement for today’s sports line of models with a front engine. Specifically, it is supposed to be the successor of today’s gran turism DB11 offered with eight-cylinder and twelve-cylinder. In the sports car segment with the engine in front, however, the brand now also works with the “baby aston” Vantage and the sharp twelve-cylinder DBS Superlegger model, which will also be replaced in the future by electric cars.

According to Moers, the first sports electric car will arrive in 2025. This will be followed by an electrically powered SUV, which will be key in terms of sales. The result should be the fact that in 2030, half of the brand’s offer will be electric. Aston’s sales are expected to rise to 10,000 cars per year in the medium term. This year, according to estimates, the company will sell about 6,000 cars.

It is part of the gradual electrification of Aston Martin’s offer. Already this year, the first customers will receive the expected Valkyrie hypersport with a hybrid drive including a twelve-cylinder Cosworth and an electric motor from Rimac. In 2023, the Valhalla supersport will go to customers, which will eventually bet on a combination of a four-liter eight-cylinder twin-turbo and a pair of electric motors with a combined output of 699 kW. And shortly afterwards, a plug-in hybrid SUV DBX or a “basic supercar” Vanquish is planned, which also bets on the combination of an internal combustion engine and electric power.

Aston Martin has been flirting with electric propulsion for a long time. Moers’ predecessor Andy Palmer, the brand’s leader before the arrival of investor Lawrence Stroll, was already counting on him. However, the Rapide E electric car presented in 2019 was not mass-produced in the end. There were also plans to revive the Lagonda brand, which was to offer super-luxury electric cars for young clients from 2022.

The new owner streamlined future plans and provided the necessary funds for further development. According to Moers, the change in strategy thus means that, for example, the current DB11 will last longer on the market than originally planned. However, with regard to the plan for its electric successor, orthodox fans will only be happy …