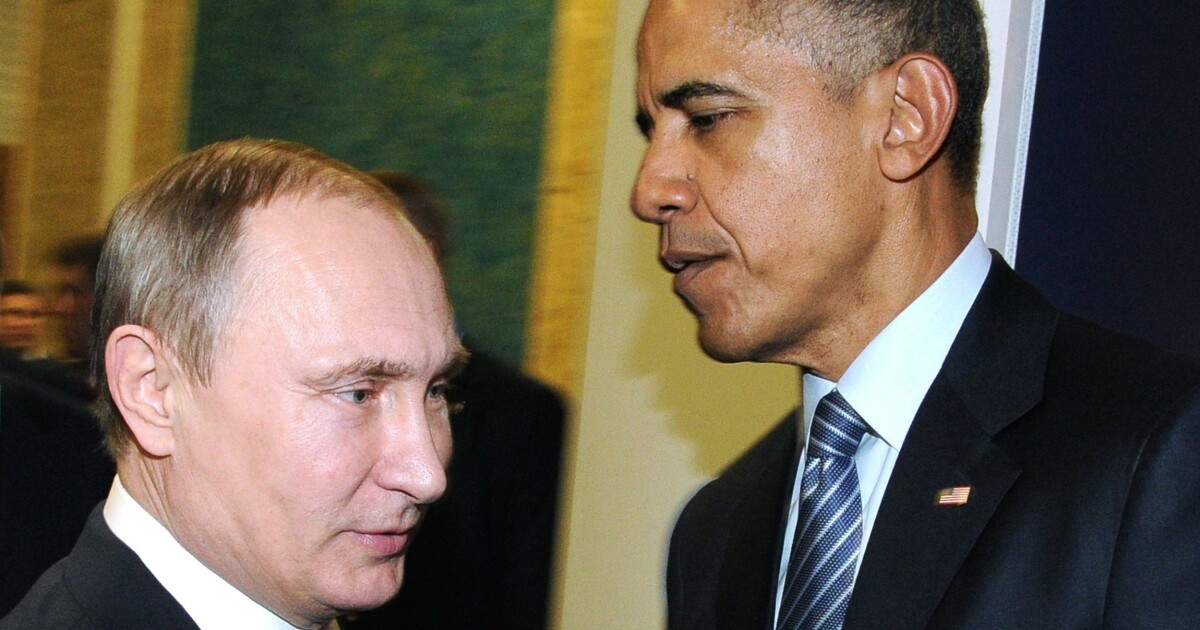 “A Promised Land” is the title of Barack Obama’s new book, which came out this week.

The book sold nearly 890,000 copies in the United States and Canada in its first 24 hours – more than any other presidential memoir.

In the book, the former president opens both up about what it was like to leave the White House, and about when he was in Norway to receive the Nobel Peace Prize.


– On one level, it was an illusion the crowd down there cheered for. And yet, in the flickering of the candles, I also saw something else. I saw an expression of the power of millions of people all over the world, Obama writes about the visit to Norway.

In the book, Obama also writes about what he really thinks about a number of the world’s current and former leaders.

Russian President Vladimir Putin is among those reviewed in the book.

The former president refers to Putin as a “department head, except that he has nuclear weapons and a veto from the UN Security Council” in the book, according to BBC.

The channel has read the book and discusses what Obama says about a number of world leaders.


– Putin reminded me of the men who had once ruled the Chicago machine or Tammany Hall (a political organization in New York editor’s note). Tough, street-smart, unsentimental characters who knew what they knew. Who never moved beyond his narrow experiences, and who saw protection, bribery, shutdowns, fraud and occasional violence as legitimate tools for trade, Obama writes about Russia’s leader.

British Prime Minister David Cameron, for his part, is praised by Obama in the book.

Obama writes that Cameron, who was Prime Minister of the United Kingdom from 2010-2016, was both “urban and confident”, according to the channel.

– I liked him personally. Even when we disagreed, the former president writes, but does not hide the fact that he also disagreed with Cameron on various topics in politics.

Merkel claims he was skeptical

The next world leader to be mentioned in Obama’s book is Angela Merkel. Germany’s Chancellor is referred to as both “steady and honest” in Obama’s new book.

According to the channel, Obama claims in the book that Merkel must have been skeptical of him because of his “rhetoric and speaking skills”, but the former US president writes that he was not offended for that reason.

Obama claims Sarkozy had “emotional outbursts and overblown rhetoric” in the book. According to the channel, he writes that the conversations with the former French president were funny, but claims that they fluctuated a lot.

“They were never deviating from his primary, barely disguised interest, which should be at the center of the action, and take credit for whatever it may be to take credit for,” Obama wrote.

In Obama’s eyes, Erdogan was “cordial and generally responsive to his requests,” but Obama claims that the president often complained in their conversations.

“I got a strong impression that his commitment to democracy and the rule of law could only last as long as it preserved his own power,” Obama wrote.

Singh, for his part, is described as both “wise and thoughtful”, while Klaus was more concerned in Obama’s eyes. Obama says he feared the latter signaled an increase in right-wing populism across Europe.

Barack Obama was the 44th President of the United States. He was elected in November 2008 and sat for two terms before Donald Trump walked away with the victory in 2016. Obama lives in Washington DC with his wife Michelle. Together they have daughters Malia and Sasha.

“A Promised Land” is his fourth book. The former president has previously published “Living a Dream – My African Heritage”, “Courage to Hope” and “Of Thee I Sing”.