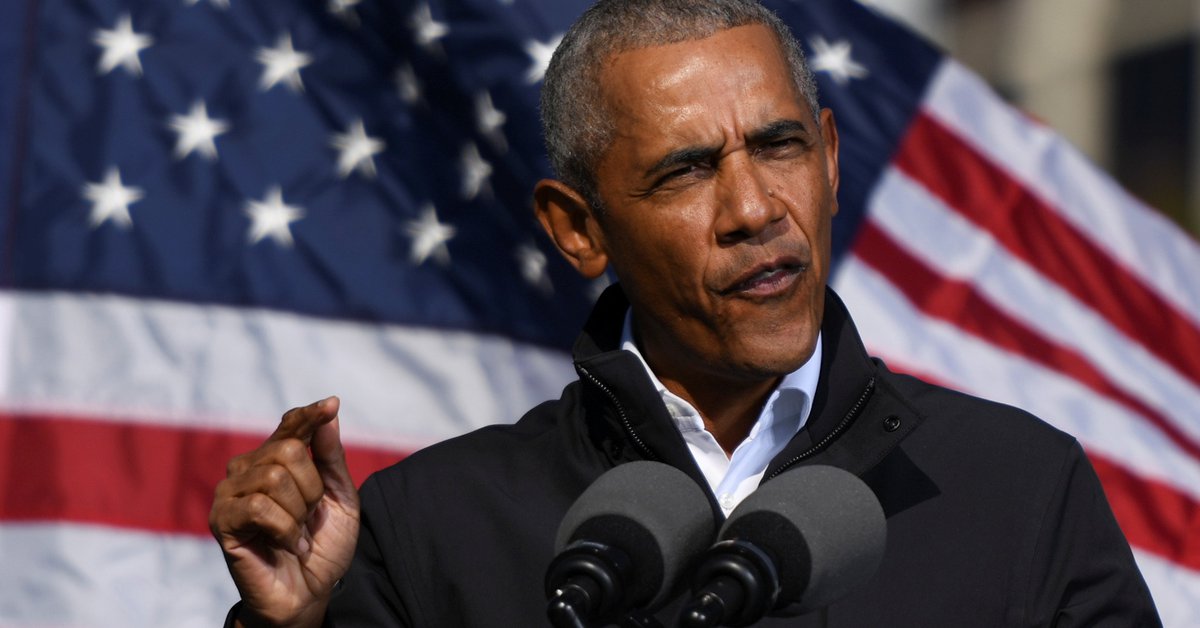 Former US President Barack Obama assured that the president-elect, Joe Biden, and the new vice president, Kamala Harris, will do from the White House “whatever is in their power to unify” the country, a task that, as he stressed, “will not it will be easy ”, after the government of the outgoing Donald Trump.

In an interview published this Sunday in the Spanish newspaper The vanguard, affirmed that he “still” has “some cartridges to burn”, although he rules out holding any position in the government that Biden forms.. He also denied that his wife, attorney Michelle Obama, has a White House candidacy in mind: “I can guarantee it. As I tell in the book, she does not like politics. He also showed it in his own book, and without too many subtleties ”.

Through e-mailed responses to the publication of his book “A Promised Land,” Obama indicates that, when he came to the presidency (2008), “the country did not seem so divided or fractured.”

“Currently -explains-, there is a combination of political, cultural, ideological and, in some cases, religious and geographical differences that seem more insurmountable differences of opinion regarding the policies that would contribute the most to the growth of the country.”

As he considers, “a lot of this has to do with the changes that have occurred in the way people are informed”, so that “the perception of the reality of those who follow Fox News will be different from those who read The New York Times”. To this must be added “the rise of social networks” and “the tendency of people to inform themselves only in ideologically related media”.

But he was optimistic about the incoming Biden and Harris administration. “Without a doubt, They will do whatever is in their power to unify our country. The task will not be easy, so we all have to get involved and give them the support they need. The truth is that it is not responsible to elect a president and then close your eyes and expect him to do everything that is expected of him on his own. It is our obligation to be informed and participate as much as possible, and vote whenever we have the opportunity to do so ”.

Obama also believes that “the United States has a moral and political obligation to promote an international order based on universal values ​​and clearly established rules and regulations.”

“All the countries of the world – he indicates – are dealing with a pandemic that coexists with other challenges we have been facing for a long time: refugees, economic shocks, tribalism, among others”.

In that sense, he added: “Although we have our own challenges, the United States has a moral and political obligation to promote an international order based on universal values ​​and clearly established rules and norms.” Obama proposed that the answer is not “a simple rejection of global integration”, but a constant effort “at the international level to make a better world possible.”

The former president explained that he never believed that his arrival at the White House, as the first African-American president of the United States, would end racism: “That was clear to me from the beginning. I never believed that we lived in a posttracial era … My very presence in the White House worried many people, in some cases explicitly and in others subconsciously “. He also argued that there were those who dedicated themselves to manipulating those fears by resorting to identity politics and xenophobia.

Obama stressed that even during his tenure there was “an entire generation of children who grew up with the idea that it was rare or exceptional that the person who held the most important position in the country was black,” something before which he considers that the new generations are more open.

However, he warned that “attitudes may go backwards instead of advancing”, for which he has asked to be vigilant, and considered that the United States has been the first real experiment of broad, multi-ethnic and multicultural democracy, in his words.

Overall, she noted that life in the United States is better now than it was 100 years ago, adding: “While it is true that we face real challenges, I still have faith that even if we don’t achieve it in our lifetimes, if we work hard , we can fulfill the promise of a United States that is finally aligned with all the good that we carry within ourselves. “

(With information from EFE and Europa Press)

MORE ON THIS TOPIC:

Donald Trump: “We will go to the Supreme Court because we did not lose the elections”